Some of the people driving Texas roads with fraudulent temporary paper license plates are actually victims.

They didn’t set out to buy a black-market tag on the internet but instead bought a car from a dealer that quietly put a bogus tag on the car.

Law enforcement investigators told NBC 5 Investigates unscrupulous dealers are using fraudulent paper tags to disguise vehicles that have serious problems, including vehicles that could not pass a state inspection.

Problems that can cost car buyers a fortune.

Stephen Goniwiecha learned the hard way. He saw an ad for what looked like a good deal on a nice-looking used Ford F-250 pickup truck sold by a dealer that was operating out of a small car lot in Dallas.

The truck came with a temporary paper buyer’s tag, which is what you expect when you buy a car in Texas. But a couple of months after buying the truck, Goniwiecha said the dealer still hadn't sent him the paperwork he needed to get permanent plates.

“It was always 'the next day, the next couple of days, let me check.' Then it was like, 'Hey, this is enough,'” Goniwiecha told NBC 5 Investigates.

Goniwiecha said the dealer eventually offered to get him a second temporary Texas buyer’s tag. That’s a big red flag because, under state law, dealers can only issue one buyer's tag to the car at the time it's sold.

“(The buyer’s tag) was going to expire. And that's why I kept reaching out to them. And he said, 'I'll just give you another one,' and I said, 'I don't want another one,'” Goniwiecha said.

That temporary tag on Goniwiecha’s truck contained an even bigger warning sign that he didn't spot right away.

He bought the truck from a dealer called Spirit Motor LLC. But, the name of the dealer on the temporary tag was Le Noir Lane, a Houston dealer that NBC 5 Investigates learned has been under law enforcement investigation for months, suspected of selling black-market tags.

“They are another Texas licensed dealer, part of this long-term investigation we're on, where they go from dealership to dealership to sell tags,” said Mike Bradburn, a detective with Travis County Constables Precinct 3, which has a unit dedicated to investigating tag fraud.

“(LeNoir’s) tags are everywhere, literally, probably every state and jurisdiction of the United States," Bradburn said.

The Texas Department of Motor Vehicles revoked Le Noir’s dealer license in January. The company has not responded to messages from NBC 5 Investigates.

When Goniwiecha finally got the title paperwork from Spirit Motor, the dealer that sold him the truck with that Le Noir tag, he said he got an even more painful surprise.

“On the title, the title said 200,000 miles more than what the truck actually had on it,” Goniwiecha said.

The truck's odometer showed it had about 140,000 miles on it, but the title said the vehicle had more than 300,000 miles, suggesting someone rolled back the odometer leaving the truck worth far less than what Goniwiecha paid for it.

“It's one of those things that you really can't do anything about, you know, except for to warn people,” Goniwiecha said.

Law enforcement investigators told NBC 5 Investigates they're seeing more cases where they believe small dealers are using fraudulent paper tags to hide secrets about cars they sell, even putting them on stolen cars and salvage vehicles to sell them to unsuspecting buyers.

“I recall a kid who bought a $20,000 Jeep that was a salvage that came with a (fraudulent) tag and he'd saved up his money, 21-years-old, paid cash. You're not going to get it back. You got a salvage vehicle,” said Bradburn.

The temporary tags, which licensed dealers can create and print right out of the Texas DMV system, can make the car appear to be legit even if it’s not.

Currently, when dealers print temporary tags from the TxDMV’s eTag system, the system does not verify the vehicle identification number to make sure the vehicle has a valid inspection.

So, unscrupulous dealers can create paper tags for cars that could not pass a state inspection and the TxDMV system does not stop those tags from being issued.

The agency is now talking about closing that loophole after months of reports from NBC 5 Investigates exposing the widespread sale of fraudulent tags.

But for now, car buyers have to do their own homework to make sure that the vehicle has a valid inspection.

Goniwiecha wishes he had run a vehicle history report from a company like CARFAX before buying the car and that he had spotted the suspect tag before driving off the lot.

The Texas DMV told NBC 5 Investigates the company that sold Goniwiecha the truck, Spirit Motor LLC had its dealer license revoked for misusing temporary tags. That happened months before Goniwiecha bought the truck so it appears the dealer did not have a valid license at the time of the sale.

NBC 5 Investigates has been unable to reach the person listed as Spirit's owner in corporate records.

WAYS TO PROTECT YOURSELF: DO THESE 2 THINGS

Law enforcement officials say now more than ever it’s important for car buyers to run a vehicle history report from CARFAX or another company that provides that service.

NBC 5 Investigates ran a CARFAX for Goniwiecha’s truck and the report showed the truck had 340,000 miles in November 2021 and then it suddenly had 143,000 miles the next month. That would have helped flag the odometer issue.

There is also a free state website: mytxcar.org where you can enter a VIN number and find out if a vehicle has had a state inspection in the last 180 days.

If it does not, the car cannot have a paper buyer's tag.

NBC 5 Investigates ran Goniwiecha’s truck on mytxcar.org and the site showed the truck was not inspected in the 180-days before the sale and could not legally have a buyer’s tag.

Since DMV’s eTag system does not check the VIN number when the tag is issued, buyers have to do the homework themselves if they are concerned they are being given a fraudulent tag.

“Just make sure the same (dealer) name is on it. And if it isn't there, ask that dealer,” Goniwiecha said. 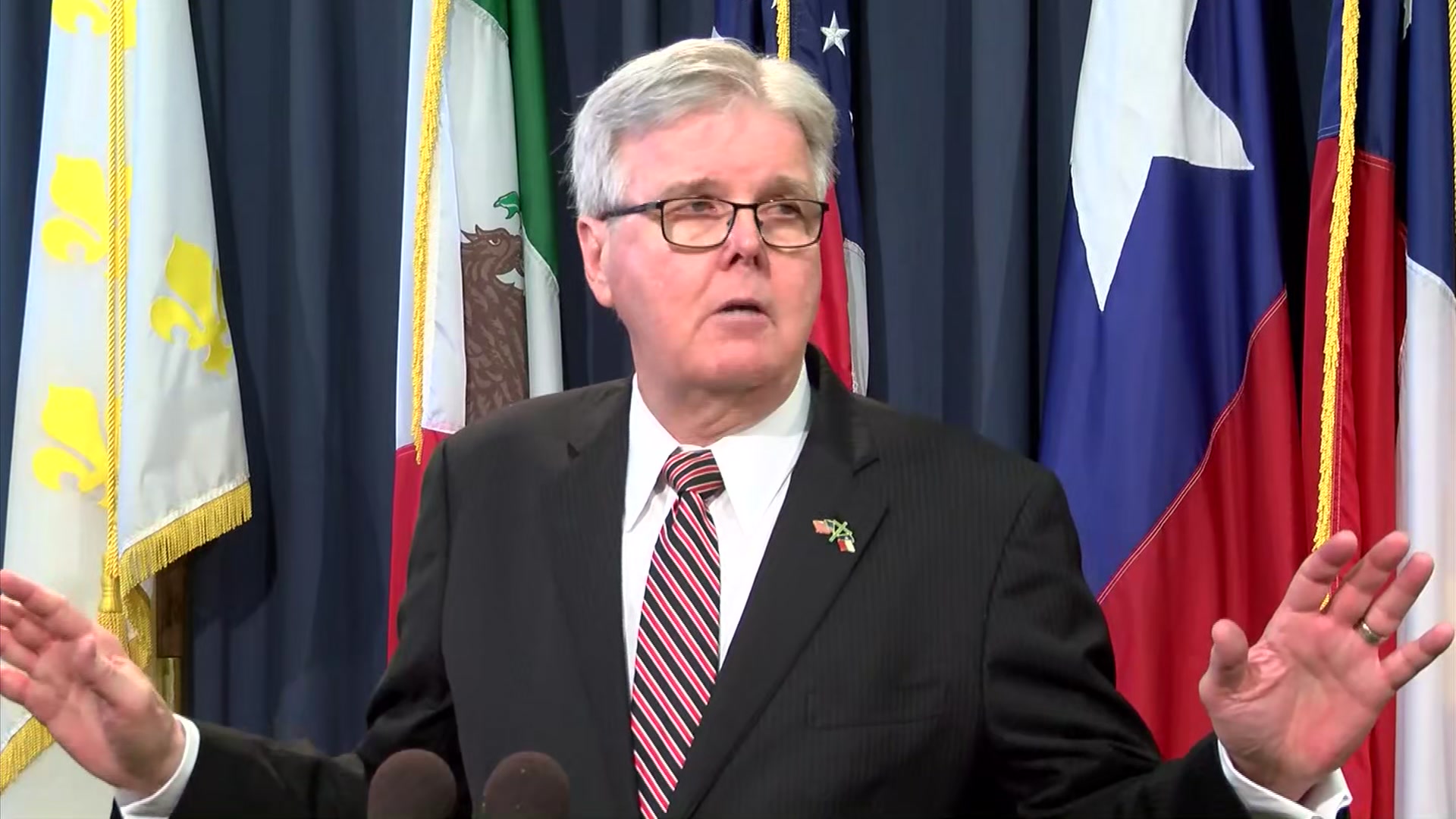 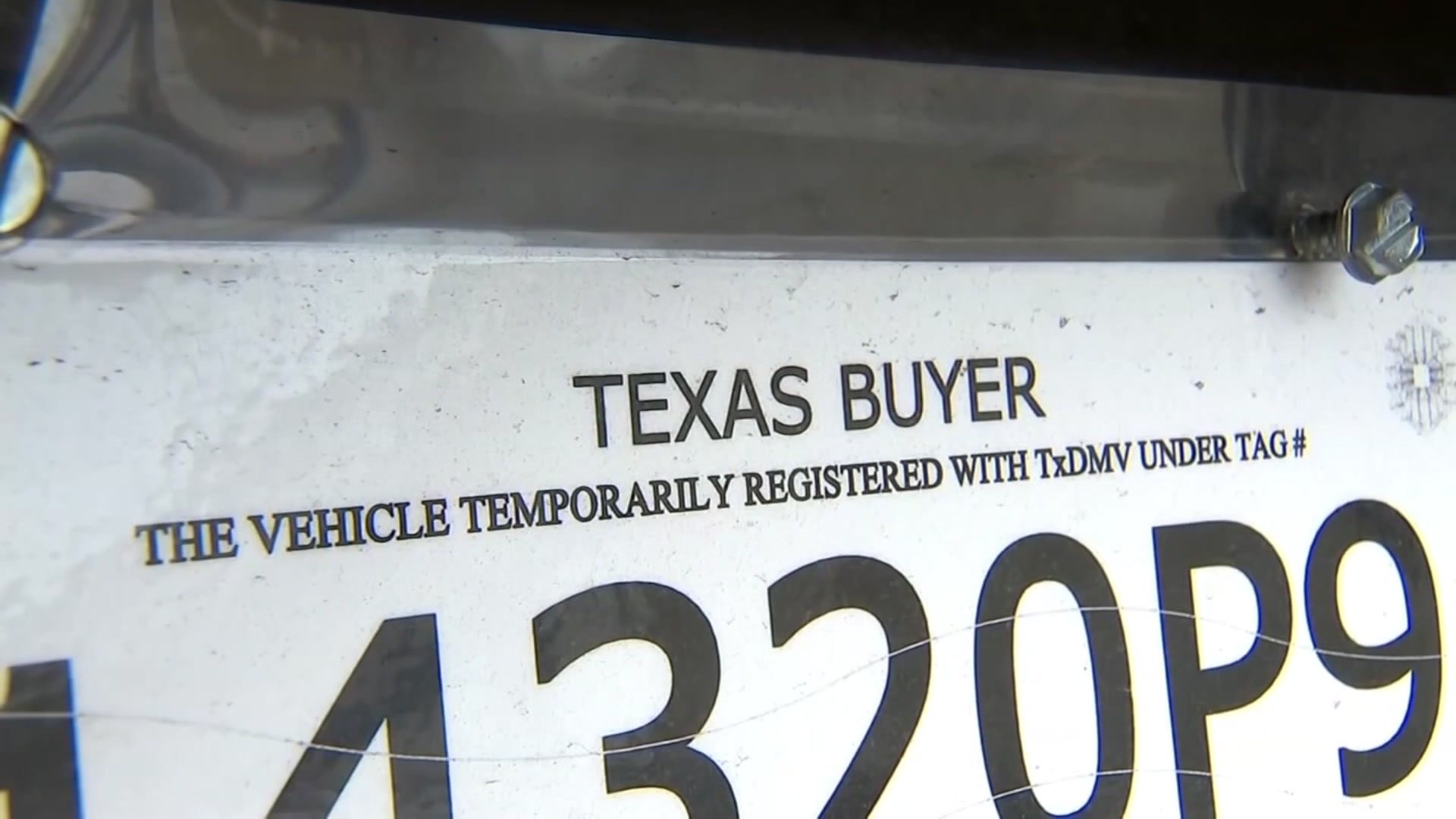