More Texas car dealers have been cut off from issuing temporary paper license plates after the Texas Department of Motor Vehicles caught them selling illegal temporary tags for profit.

During Tuesday’s TxDMV board meeting the acting director announced 30 dealers have been kicked out of the state's temporary tag system since January.

The crackdown comes in the months after a series of reports from NBC 5 Investigates first highlighted the scope of the problem.

“The efforts are working and we are constantly removing access to the system as I mentioned and this is a daily operation,” said Daniel Avitia, TxDMV acting executive director.

Cutting off access to 30 rogue dealers is big progress toward stopping the people who are illegally selling tags right out of the DMV’s system, but the chairman of the board who oversees the agency acknowledges there is a lot more to do as the bad guys adapt and continue to exploit other gaps in security.

“All of these actions are good. But we're not done -- far from it,” said DMV Board Chairman, Charles Bacarisse.

Bacarisse promises the agency will start fingerprinting car dealers soon, to stop criminals from getting dealer licenses and selling tags. 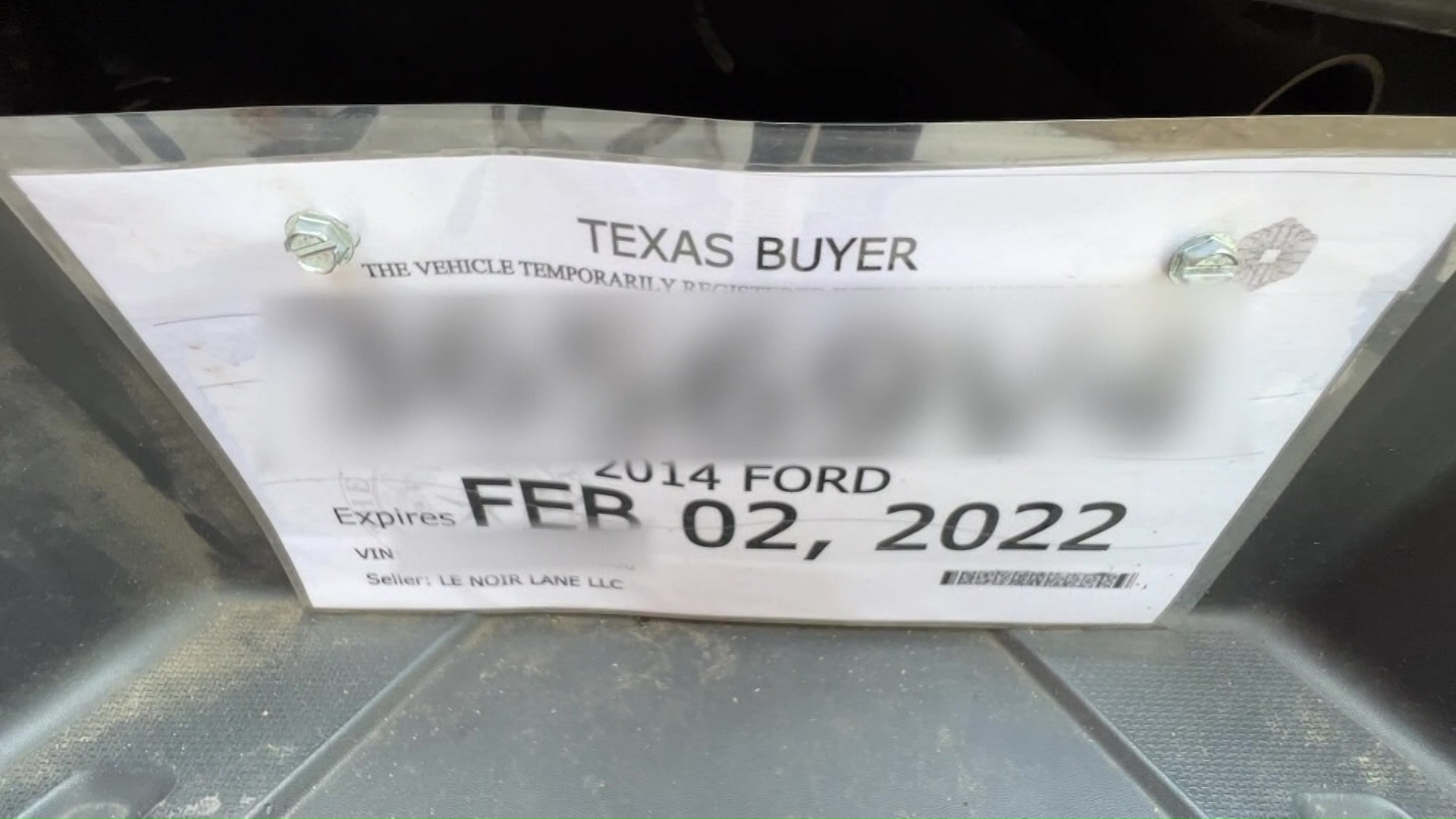 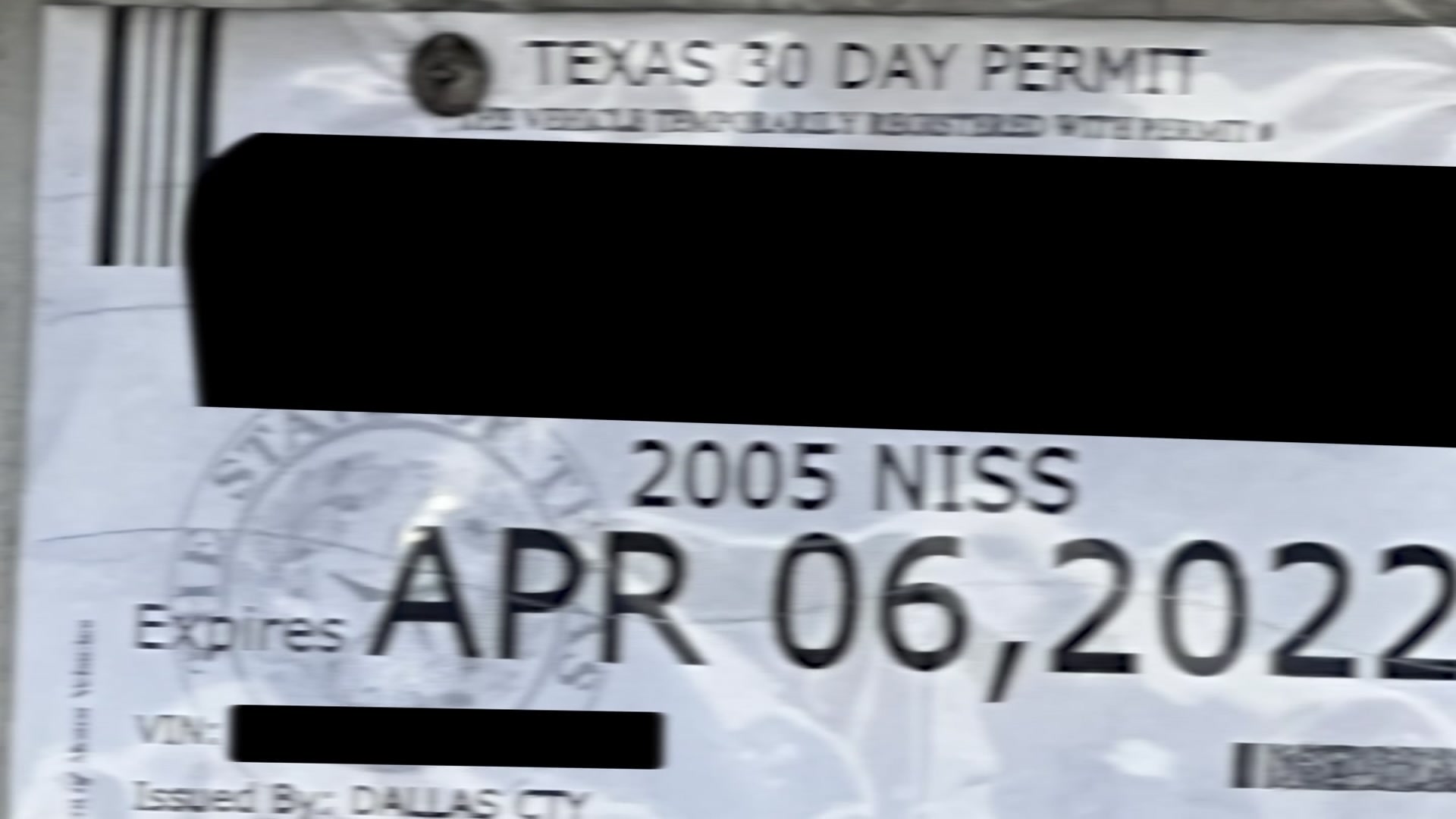 Another TxDMV Loophole Allows Unsafe Cars to Get Temporary Tags 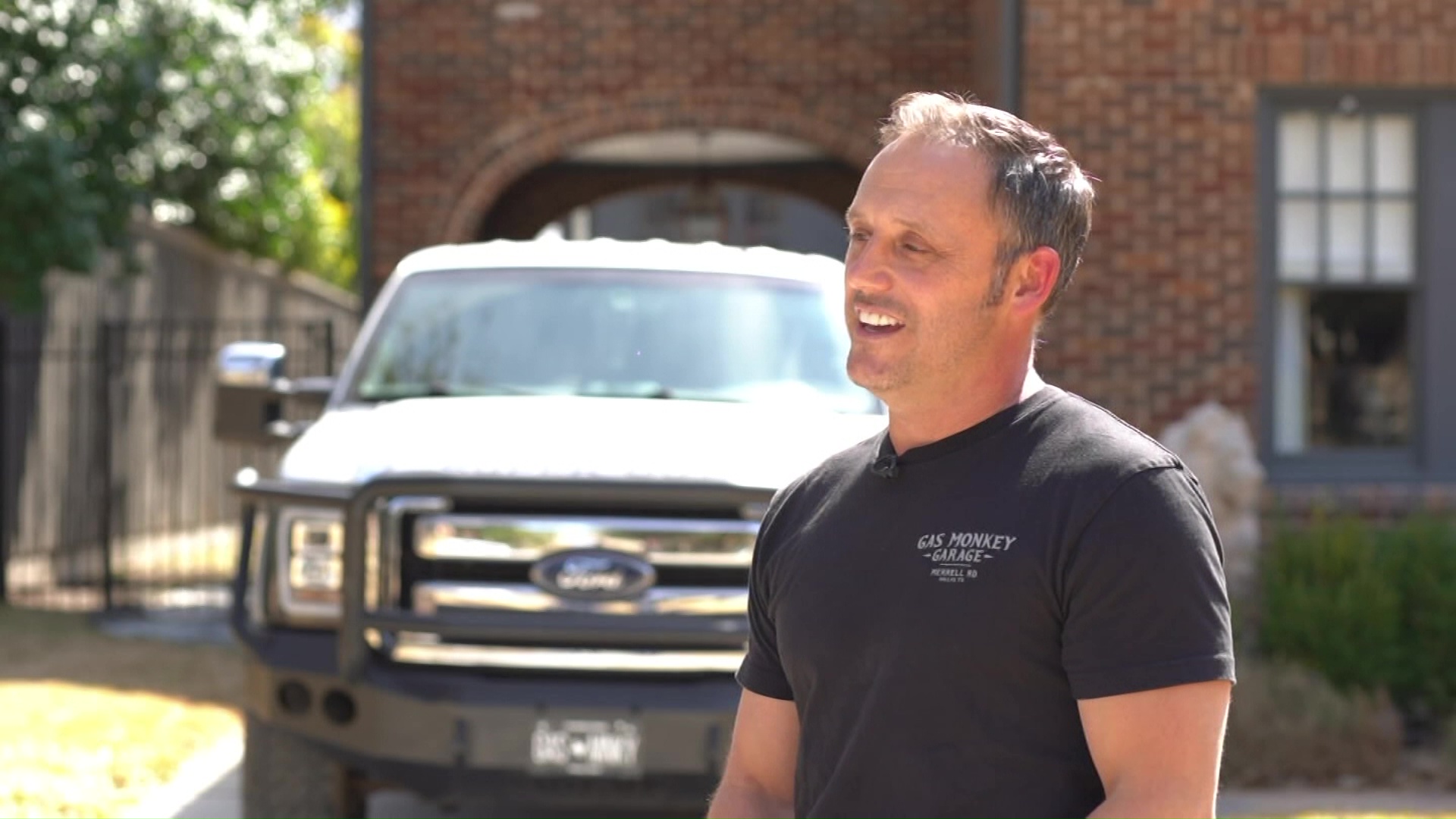 He said the board hopes to approve a fingerprinting plan, possibly in June, but that doesn’t mean it will start right away.

When asked when fingerprinting could be implemented, Bacarisse told NBC 5, “I think there's a challenge with anything that large getting rolled out. I think we could do it fairly reasonably quickly.”

Bacarisse was not clear on what “reasonably quickly” means acknowledging the DMV would still have to hire fingerprinting vendors.

“Not months and months but it's definitely going to take some time. I don't have a firm grasp on how much or how quickly,” said Bacarisse.

As NBC 5 Investigates first reported months ago the lack of fingerprinting and thorough background checks has allowed criminals to become licensed car dealers and get their hands on tags they can sell for big money.

“The implementation of fingerprinting dealers during the initial application process and part of the license renewal is our best opportunity to ensure that bad actors do not gain access,” Avitia told the DMV board Thursday.

The Texas Department of Motor Vehicles says 30 dealers can no longer issue paper tags after they were caught selling the temporary plates for profit.

But the lack of a clear timeline for fingerprinting dealers frustrates some police officers who have spoken with NBC 5 Investigates.

“I think they are on track, I just wish it would speed up a little bit more,” said David Kohler, a sheriff's deputy from Central Texas. He spoke to NBC 5 Investigates on his own behalf and was not representing his department.

Kohler, who investigates fraudulent tags, believes fingerprinting dealers is the best thing the DMV can do to stop the fraud.

“You have to know who you are giving access to your system and if you don't know who they are and they have a criminal background you are done,” said Kohler.

Kohler would also like to see the DMV inspect all car dealers in person before they open, something that does not occur today.

Some dealers that have sold tags faked their license applications and did not even have a car lot.

Bacarisse told NBC 5 Investigates a new inspection program may have to wait until the DMV can ask the legislature to fund hiring more inspectors. He said while progress may seem slow, by DMV standards, things are moving rapidly.

Police who have complained about bogus tags for years told NBC 5 Investigates at least they feel DMV leadership is listening now.

“The board is understanding and recognizing the problem and I think with just the continued media coverage, the exposure, the attention, it's just light years away from where it was,” said Kohler.

The DMV has still not given law enforcement real-time access to the temporary tag system so they can better investigate fraudulent tags involved in violent crimes and drug smuggling.

Bacarisse told NBC 5 Investigates he hopes police will be able to access the tag data in real-time sometime after the June board meeting.

Avitia said Thursday the department is working on that and is dealing with some technical challenges, though, again, he gave no clear timeline on when that might happen.