Investigators say cartels, smugglers are able to get fraudulent Texas paper tags in both Mexico and the U.S. and then use them to undermine border security

An NBC 5 investigation reveals drug cartels and human traffickers are using fraudulent Texas paper tags as a tool to evade law enforcement along the U.S.-Mexico border.

Those tags are then used, agents said, to disguise the ownership of smuggling vehicles making it harder for investigators trying to stop the flow of drugs and undocumented immigrants along the border.

“So, we see it on a regular basis. It’s consistent and, again, it's been happening for quite some time,” said Richard Sanchez, assistant special agent in charge at the U.S. Drug Enforcement Agency.

“There are also some undercover investigations that we have where criminals have given the paper tags directly to our undercover officers and instructed them to fix that tag to the vehicle,” Sanchez said.

The tags are a drug-runners dream, authorities said, because they make it harder for police to determine who owns a smuggling vehicle.

An FBI agent who has investigated the sale of fraudulent Texas paper tags told NBC 5 smugglers have obtained fraudulent tags from the Mexican side of the border too. The bad guys only need an internet connection and a printer.

“These tags, we know are being printed out in Mexico and put on vehicles as they're being loaded with drugs or people in an effort to try to have some legitimacy as they cross into the United States,” said FBI Special Agent, Brannon Coker.

It’s a stunning revelation in a state that’s spending billions on border security.

Gov. Greg Abbott (R) has made securing the border a top priority of his administration. But the TxDMV, under the supervision of a board Abbott appointed, did not thoroughly vet car dealer license applicants and allowed people with bad intentions to become licensed car dealers. They then use the state’s own system to create fraudulent tags used to undermine border security.

In a series of reports, NBC 5 Investigates has exposed the enormous scale of Texas paper tag fraud.

Tiny car dealers that appear to have no storefront have issued more temporary tags than many of the state’s largest franchised dealers. A clear sign, police said, that those small dealers are illegally selling tags and not cars.

Our reporting revealed that the TxDMV does not fingerprint car dealer license applicants or even visit dealers in person before granting them a license. TxDMV officials have acknowledged that even allowed people using stolen identities to become licensed dealers and gain access to the system that allows them to create temporary tags.

In recent weeks, the Texas DMV board has vowed to swiftly implement fingerprinting for dealers along with other new security measures.

“We're going to shut down these fake dealers,” said DMV Board Chairman, Charles Bacarisse in an interview with NBC 5 Investigates.

Bacarisse told NBC 5 Investigates the board did not fully understand the scale of the fraud until NBC 5 aired reports in November showing small car dealers that seemed to exist only on paper that had printed tens of thousands or even hundreds of thousands of tags.

“I, personally, was shocked when I saw it. And I think that the issue there is we've gone from a posture of quick and easy application to know your customer. Now we're focused on knowing our customer,” Bacarisse said.

The DMV's executive director resigned earlier this month as the board called for more action to stop the flow of fraudulent tags.

Abbott's staff has repeatedly declined requests from NBC 5 Investigates for an interview. His office has said the governor continues to work with the DMV and the legislature to address the problem.

State troopers Abbott deployed to the border are also encountering paper tags in their investigations.

In a statement, the Texas Department of Public Safety told NBC 5, "The department is aware of the growing problem of the proliferation of fraudulent temporary tags and is diligently working to combat this serious issue."

The DPS told NBC 5 its counterterrorism division is working to identify cases where fraudulent tags are involved in crimes and they are sending more DPS troopers to special training to help them identify fraudulent tags.

In one case in Laredo, an SUV with a paper tag loaded with bales of drugs careens off the road and down through a large drainage ditch as the driver attempts to flee.

In another chase in Roma, bodies fall from the open doors of a car with a paper tag driven by a human smuggling suspect. The people bailing out of the car flee as the car then makes a run for the border, eventually crashing through a border crossing gate as the driver attempts to escape into Mexico.

“It's made it very hard for us to conduct our investigations when we encounter these fictitious license plates,” said Roma Police Chief Iv Garza Jr.

Garza showed NBC 5 the department’s impound lot that had many cars seized in smuggling cases he deals with daily, including some with fraudulent tags that make it tough for his officers especially when smugglers bail out and run.

“The driver absconds gets away, and we're left behind with a vehicle or the narcotics. And during the course of the investigation we find out that the plates are fictitious, and we cannot come back to the driver,” said Garza

“Not only on locations such as migrants stash houses but up in our northern counties, where an individual will bail out from a vehicle with additional migrants,” said U.S. Border Patrol Agent, Jesse Moreno.

Agents recently chased a Dodge Charger with a paper tag and people ran from the car. A passenger from El Salvador was arrested, but the driver escaped.

On the road that runs north from the border checkpoint, NBC 5 spotted cars with tags issued by four different dealers suspected of selling fraudulent tags according to a Travis County law enforcement unit that's working with the FBI to investigate the fraud.

As the DMV scrambles to close the security loopholes, agents on the border are now forced to work harder to track suspects since they can't trust the tags.

“It makes us sharper, and we've become sharper because of it. And just like the criminal organizations evolve and their tactics, so do we,” said the DEA’s Sanchez. 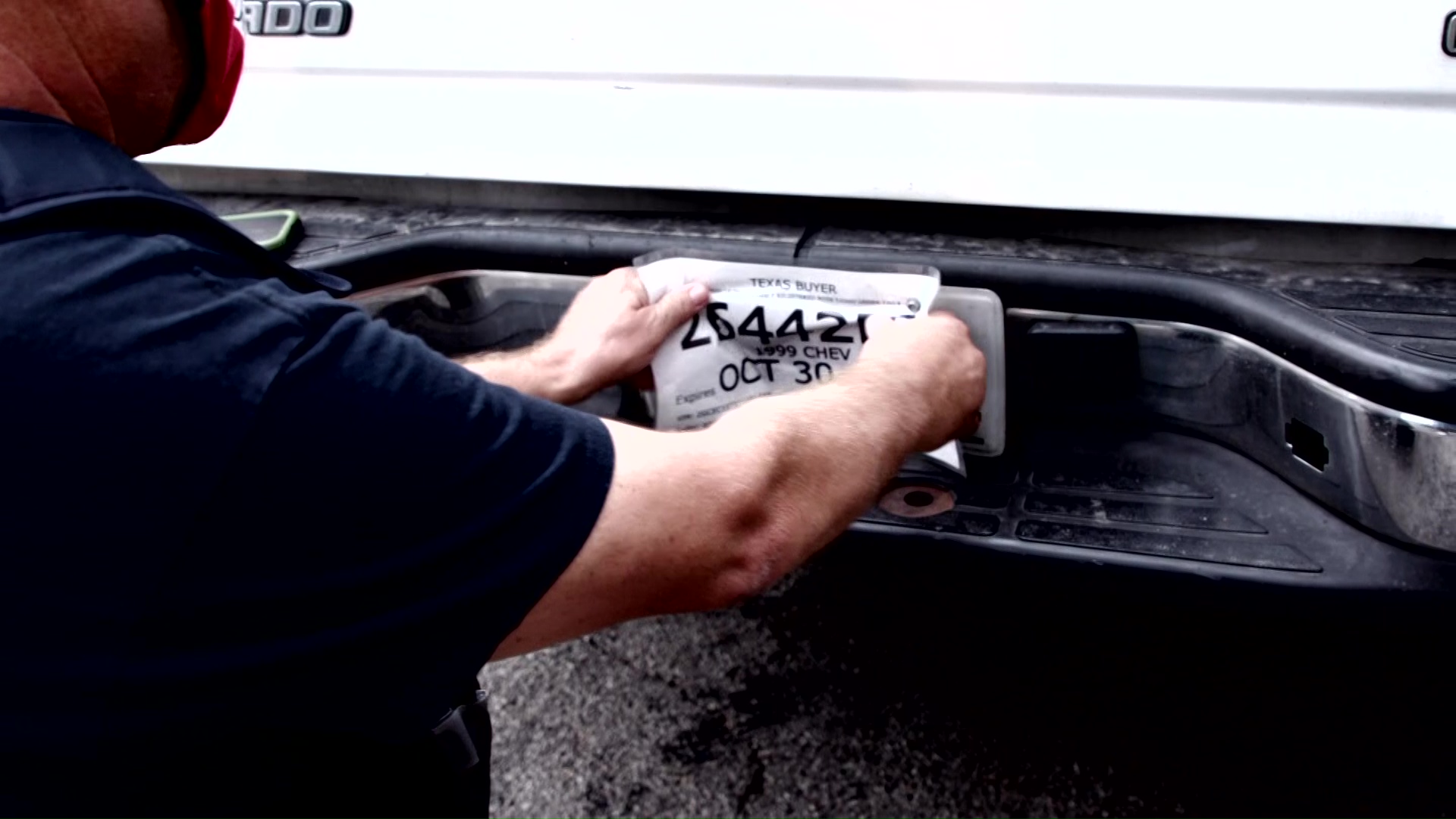 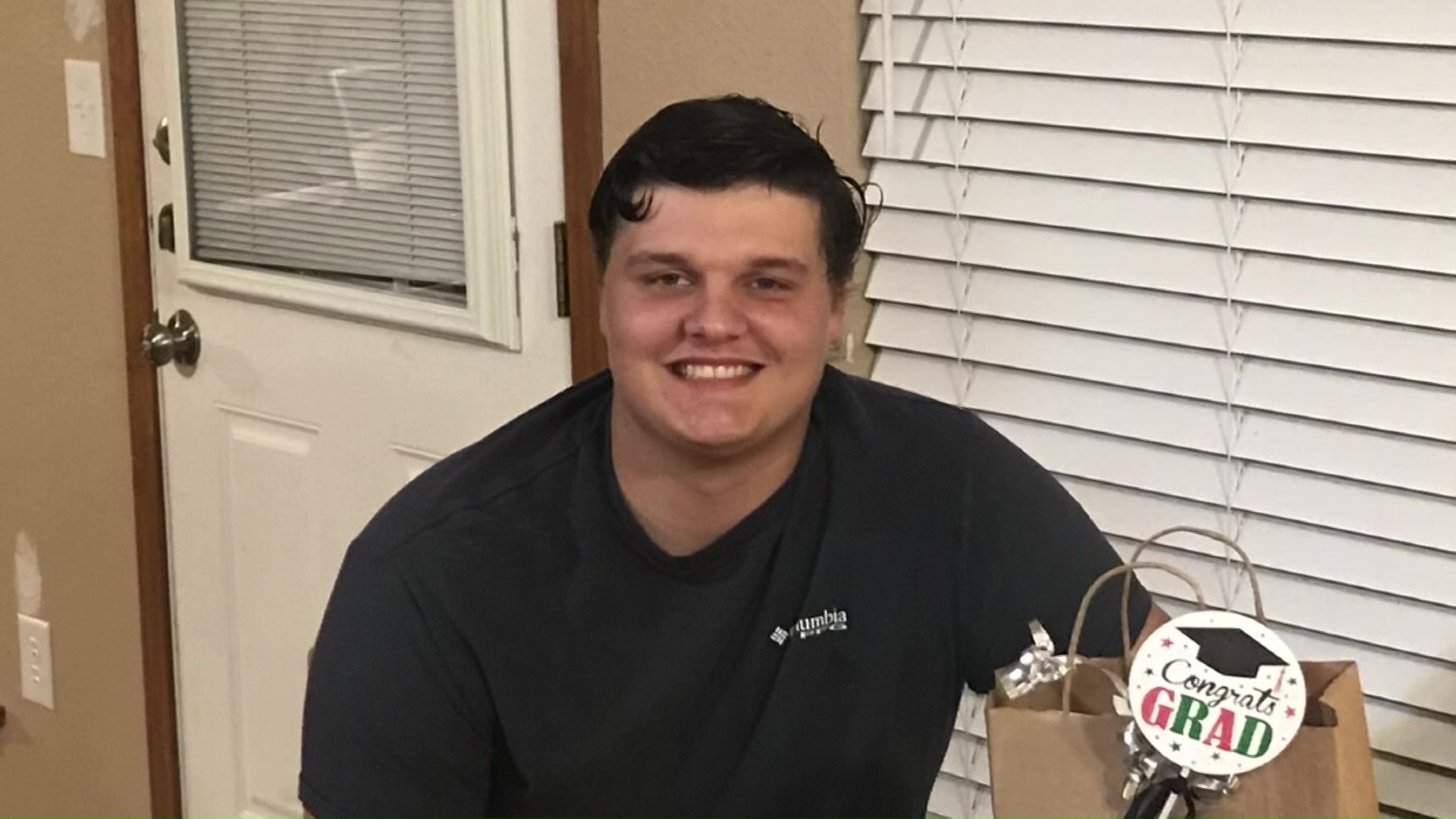 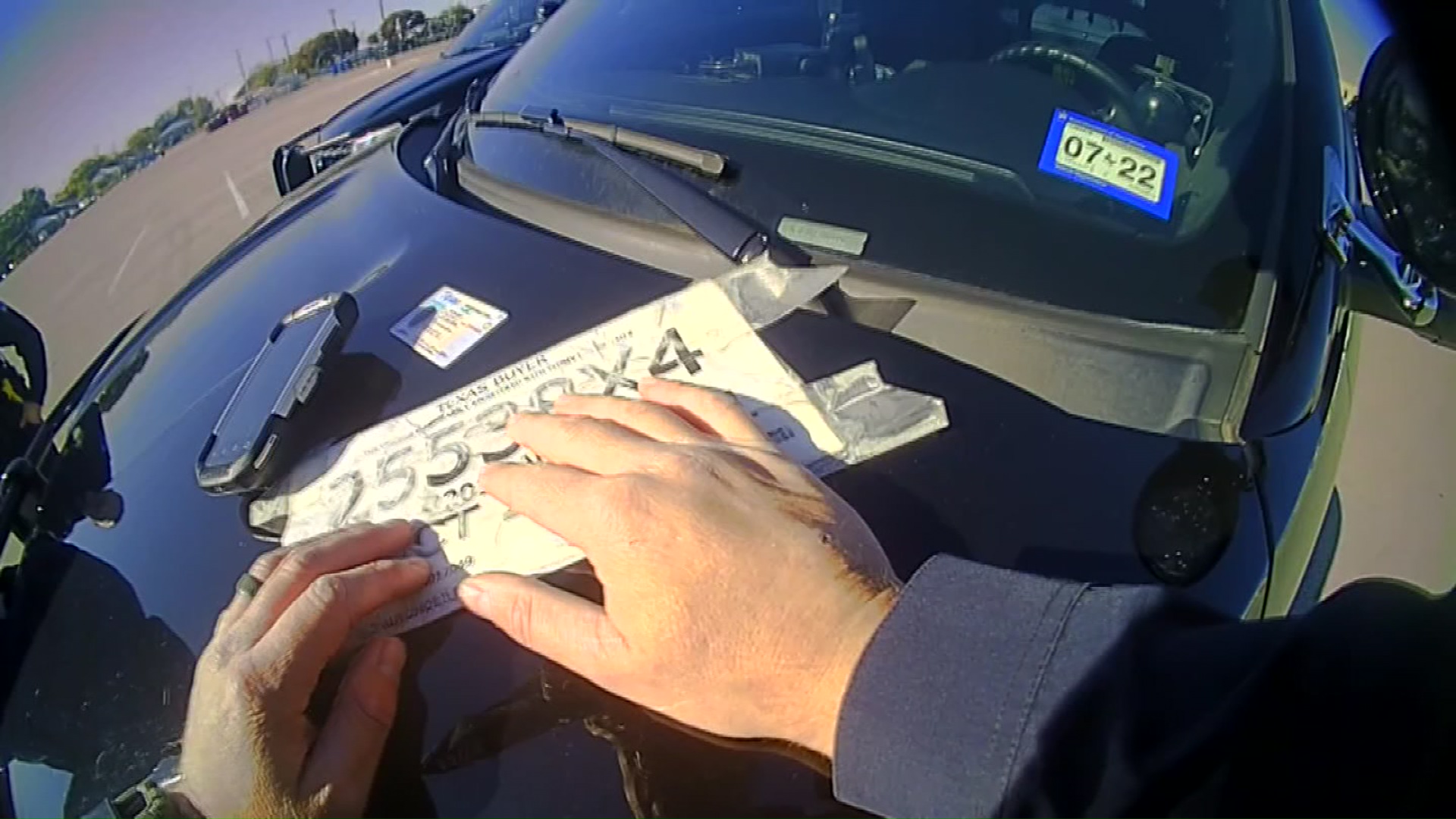