Allen 3rd Texas Title in Row, Over Cy Ranch in 6A DI

Murray completed 22 of 32 passes for 316 yards while increasing his season TD total to 54 a day after being the unanimous choice as player of the year by the Texas Associated Press Sports Editors. He also ran nine times for 63 yards. 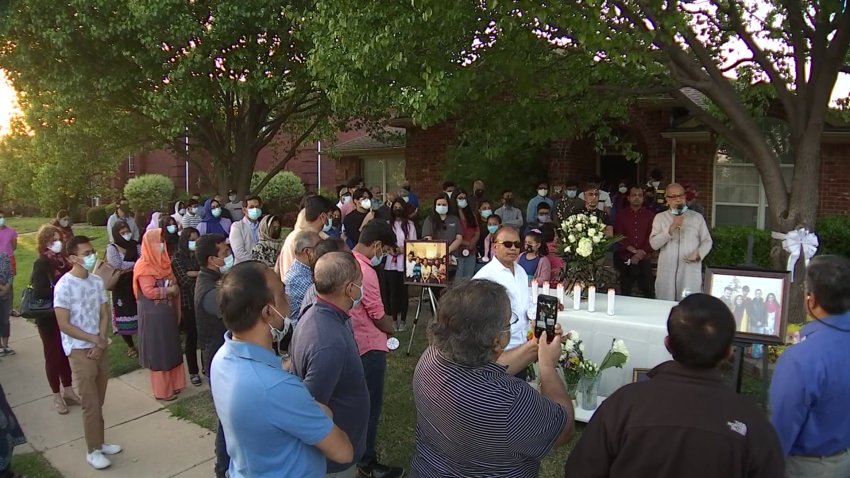 The Eagles (16-0) have won 43 consecutive games overall, including all 42 that Murray started in his prep career.

Charlie Booker ran for 115 yards and two touchdowns for Cy Ranch (13-3), the Houston-area team in the state championship game in only its fifth season as a varsity program.

Hall led the Eagles with nine catches for 129 yards. Guyton, who plans to play at Notre Dame, finished with three catches for 28 yards to finish the season with 82 receptions for 1,770 yards and 22 TDs.

Murray is the son of former Texas A&M quarterback Kevin Murray and plans to follow his dad playing for the Aggies.

There was an announced crowd of 52,308 for the third championship game of the day at the Dallas Cowboys' stadium. Earlier Saturday in the Class 6A Division II game, Cedar Hill won its second straight state title, 23-20 over Katy in another matchup won by a Dallas-area team over a Houston-area team.

Allen led 7-0 less than a minute into the game on Murray's 51-yard TD pass to Cody Butler.

The Mustangs were within 14-10 after Dominik White kicked a 39-yard field goal with 33 seconds left in the first half, but Allen still had time to add another score. Murray threw a 17-yard TD pass to Hall one second before halftime.

Allen's quarterback is the son for former Texas A&M quarterback Kevin Murray, and plans to play for the Aggies as well.

Cy Ranch dominated the time of possession, holding the ball for more than 31 of the 48 minutes, but lost three fumbles.

Even when Booker scored on a 19-yard run in the third quarter, Allen's Dallas George broke through to block the extra-point attempt. The ball bounced to him off the turf, and he ran the length of the field for 2 points for Allen.

Allen has won all four state championship games in which it has appeared, all since 2008.