Jamie Jaramillo, the man accused of capital murder in the death of Mesquite Police Officer Richard Houston, is out of the hospital and being held on bond in the Dallas County Jail, according to jail records.

Jaramillo is accused of fatally shooting Houston during a domestic disturbance outside of a grocery store on Dec. 3. During the incident, police said Jaramillo shot Houston twice before shooting himself in the head.

Jaramillo survived the shooting and was discharged Friday. He's now being held in the Dallas County Jail on a $2 million bond. It's not clear if Jaramillo has obtained an attorney.

A mugshot was released by the Dallas County Sheriff's Office Friday afternoon. It's not immediately clear if all of the injuries to Jaramillo's face and head were related to the gunshot wound.

Houston, meanwhile, was laid to rest Friday following an emotional memorial service at Lake Pointe Church in Rockwall. During the service, Houston's oldest daughter said she hoped to be able to spend some time with the man who killed her father so that he could come to know Jesus.

Houston was killed while responding to a report of a fight between two women. Police documents obtained by NBC 5 revealed that a woman and her daughter had reportedly caught her husband with another woman in a grocery store parking lot. 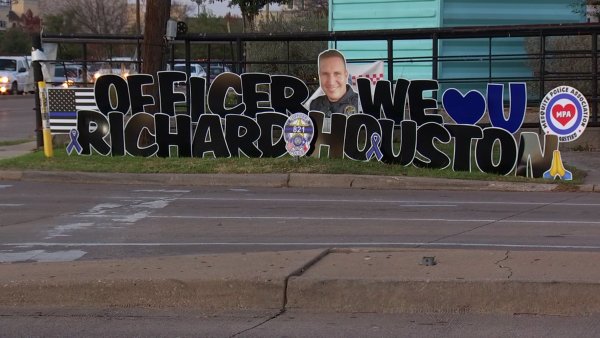 Community Comes Together in Support of Fallen Mesquite Officer 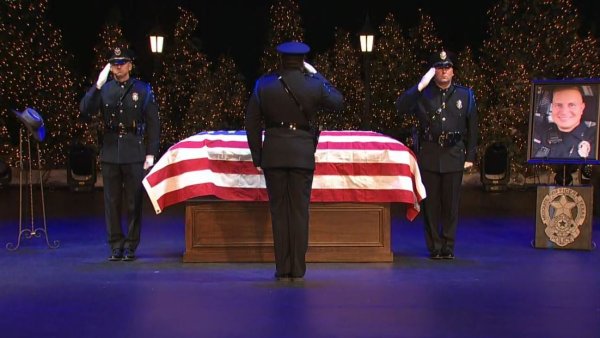 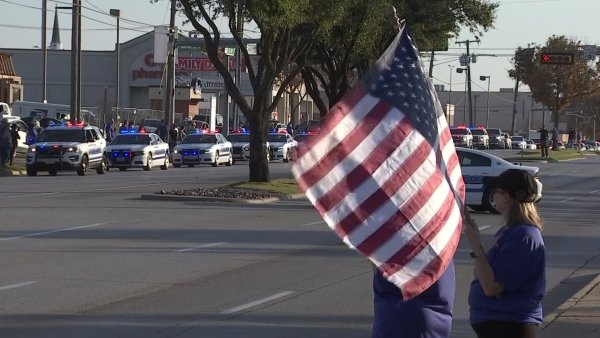 Houston reportedly spoke with the wife and daughter before he approached the woman's husband, identified as 37-year-old Jamie Jaramillo.

As Houston approached him, police said Jaramillo shot and killed him before he turned the gun on himself.

Jaramillo’s wife, Juventina Vasquez Bences, is also facing charges related to the incident. According to police records, after Jaramillo shot Houston and himself, Vasquez Bences picked up his gun and repeatedly threatened the alleged mistress with the weapon.

Vasquez Bences, who has been charged with aggravated assault with a deadly weapon, is being held in the Dallas County Jail on a $1.1 million bond. She is also facing an immigration hold. It's not clear if Vasquez Bences has obtained an attorney. 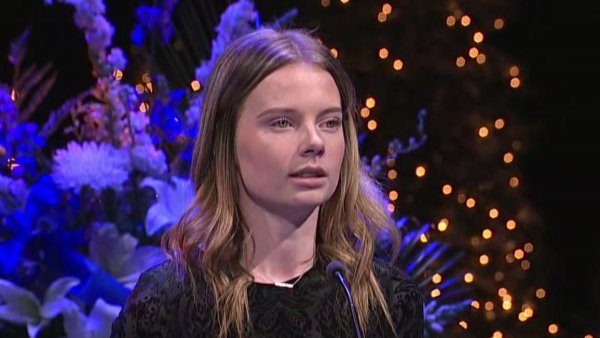 '18 Years With You Daddy Was Just Not Enough Time,' Officer's Daughter Speaks at His Funeral 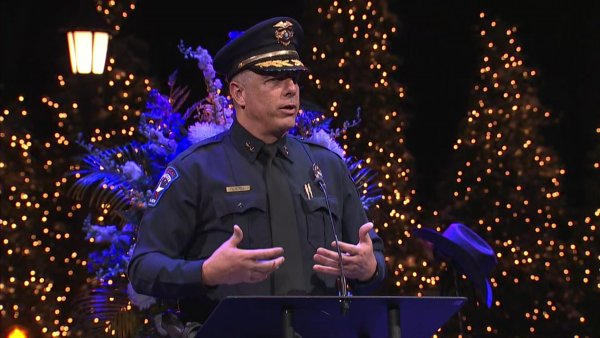 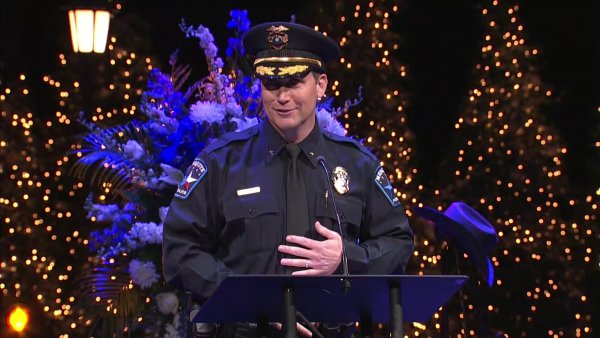 Mesquite Officer Was ‘A Heck of a Cop and an Even Better Friend,' Asst. Chief