Residents in one Fort Worth apartment complex are assessing the damage after passing storms damaged their homes.

High winds, rain and lightning hit the Woodstock Apartments in the 5900 block of Boca Raton Blvd.

Leading up to apartment resident Gwendolyn Peyton's door was a sign of what she'd find inside -- a tree split in two by a strike of lightning was only the beginning of her shocking revelation. 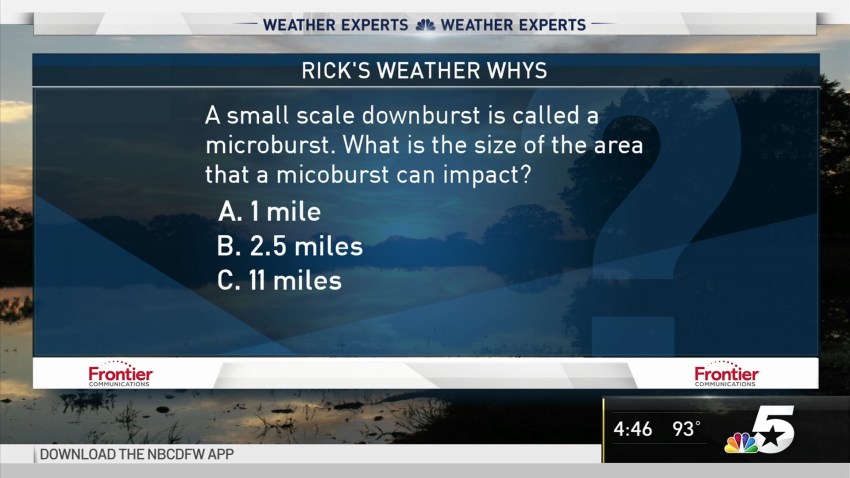 The high winds shattered windows, toppled chimneys and left a trail of debris in between two of the apartment buildings on the property.

"All we heard was like a big boom," said resident, Shirley White.  "It sounded like a bomb exploded."

Peyton's apartment took the brunt of it all.

"I mean, look at my ceiling," she said.  "It comes all the way back to the dining room.  I mean if it was just a little part, that's something different, but we're talking about a whole ceiling."

The ceiling in both her living room and bedroom collapsed to the floor.  Her kitchen and bathroom were the only rooms spared.

"I can get all this stuff back in due time," she said.  "It's just unbelievable."

Even more so for Peyton; she's not from North Texas. "So this is something all new to me."

While she knows she can pick up the pieces and move on, the question is, where does she start?

Seven families were affected by the damage of the storm, according to the American Red Cross.  Managers at Woodstock apartments are allowing affected residents to temporarily move into vacant apartments in the complex.