Another Round of Rain Moves Out After Flooding Monday

Some of the heaviest rain Monday fell in Collin County, where Plano recorded nearly 4 inches

Another round of thunderstorms rolled through North Texas Tuesday morning, but they were not as heavy or widespread as what occurred Monday.

Given the saturated soil, any additional heavy rain could lead to renewed flooding.

Heavy rain fell across parts of North Texas Monday and many areas received over an inch, while some spots had over 3 inches. Some of the heaviest rain fell in Collin County, where Plano recorded nearly 4 inches. Frisco and McKinney had around 2 1/2 inches.

After Tuesday, the weather pattern will be changing to a drier pattern with afternoon temperatures in the low 90s and a heat index near 100 Wednesday through the weekend. 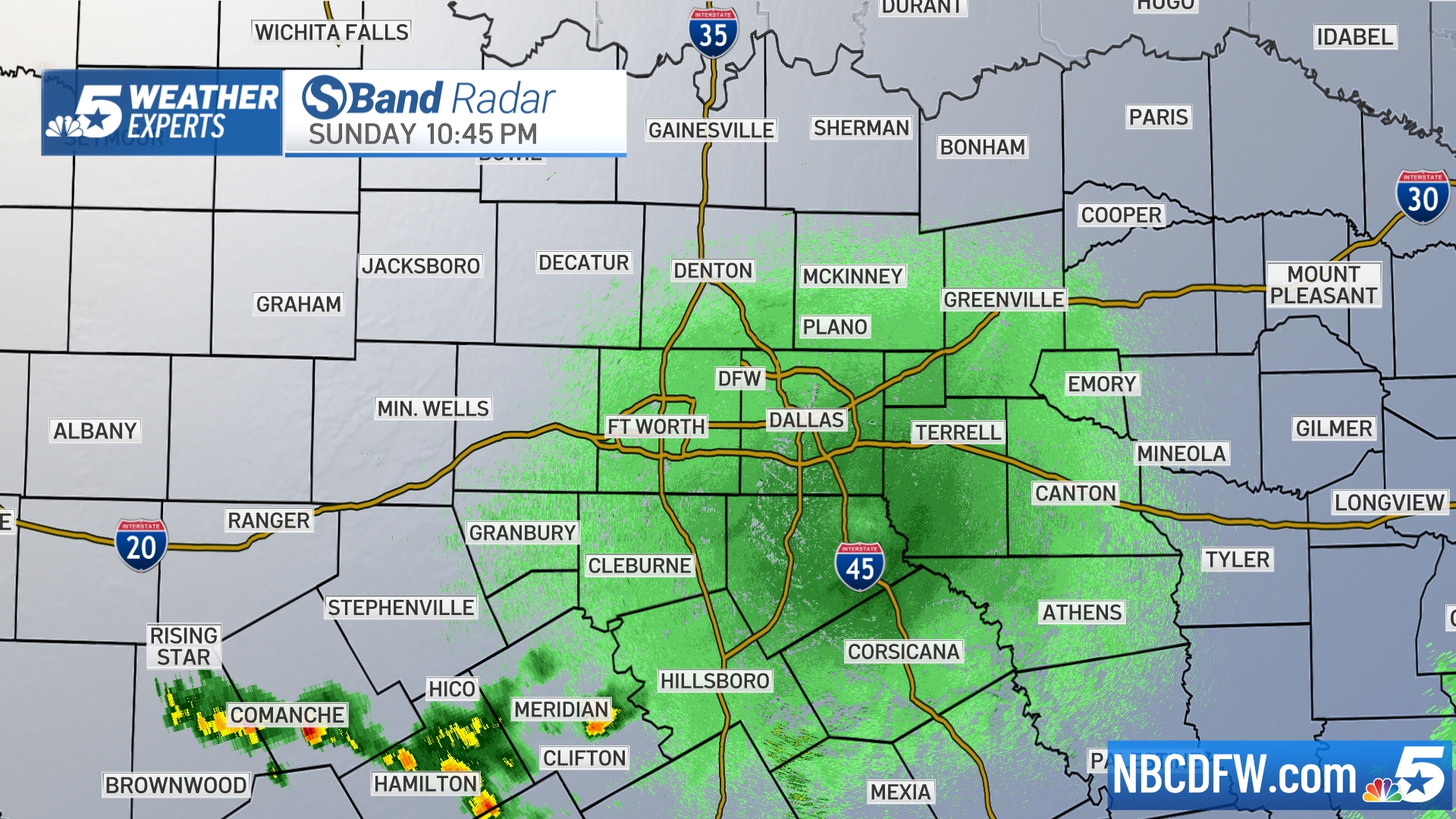 The NWS describes areal flooding as "flooding that develops more gradually, usually from prolonged and persistent moderate to heavy rainfall. This results in a gradual ponding or buildup of water in low-lying, flood-prone areas, as well as small creeks and streams. The flooding normally occurs more than six hours after the rainfall begins, and may cover a large area. However, even though this type of flooding develops more slowly than flash flooding, it can still be a threat to life and property."

People are urged to avoid flood-prone areas and flooded roadways.

North Texans should expect flooding of small creeks and streams, urban areas, highways, streets and underpasses as well as other poor drainage and low-lying areas. Since the ground is already so saturated it will not take much for runoff to occur.