After maintaining his innocence for more than four decades, the man accused of kidnapping and killing 17-year-old Western Hills High School junior Carla Walker in 1974 waived his right to a jury trial and changed his plea to guilty Tuesday morning.

About 8:40 a.m., 78-year-old Glen Samuel McCurley entered Judge Elizabeth Beach's Tarrant County courtroom, was sworn in, and soon after changed his plea from not guilty to guilty.

Beach began the third day of the trial by saying she had received a document in which McCurley had confessed to Walker's kidnapping and murder. She asked McCurley if he understood that he had a right to proceed with the jury trial but that by signing the agreement he was waiving his right to that trial and was proceeding with a guilty plea.

The man accused of kidnapping and killing 17-year-old Western Hills High School junior Carla Walker in 1974 waived his right to a jury trial and changed his plea to guilty Tuesday morning.

He responded to the judge that he was "guilty" and was immediately sentenced to life in prison and the trial was concluded.

Following McCurley's plea change, the victim's sister told McCurley during a victim's impact statement that he should have confessed his guilt sooner and that he'd put her family through hell.

“I wish you’d done this a long time ago. I spent 17 years in the same bedroom with my sister. I knew her. She was 4 feet 11 inches, 100 pounds. You had choices. Lots of choices that night. You went out to kill somebody,” said Stone. “You kept saying in your confession that, ‘that wasn’t you,’ ‘it just wasn’t you.’  That’s you.”

Stone invited McCurley to write her a letter and come completely clean about that night. She also asked that he confess to any other potential crime.

“I want to know if you’ve done this to anybody else. You need to bring that out because those families need to know too. You have nothing to lose at this point,” she said.

There is indeed another victim in this case. Walker’s boyfriend, Rodney McCory, was with her when she was pulled from his car.

“It’s been 47 years. I had a cloud of suspicion on me for all those years. That’s torment,” said McCoy following the trial.

Despite being pistol-whipped unconscious, McCoy still carries guilt that he wasn’t able to do more.

Walker’s brother Jim Walker also spoke directly to McCurley and said he has managed to forgive his sister’s killer.

“This is a time of healing. It’s funny to say that after almost 50 years, isn’t it,” he said after the trial. “What we witnessed is a lot of feelings in that courtroom and now it’s time to move forward and hopefully be able to help other families.”

The Walker family plans to help families impacted by cold cases raise funding to send evidence to be tested.

Prosecutors believe this trial is among the first in the country to use forensic genealogy testing. The science that can help narrow leads for police is now emerging across the nation.

“Our hope is this case can help spur more testing, especially this new DNA testing and maybe we can solve some cold cases and bring some closure to other families,” said prosecutor D’Avignon who leads the adult sexual assault unit in the DA’s office. “Most cases have not gone to trial. We are the first to go to trial with this, that we know of.”

D’Avignon isn’t discounting whether McCurley may possibly be linked to other unsolved crimes.

“There are boxes of cases of murder from the 70s that I don’t know. If we could get the money to test those things, if he did others or if some of those cases are just related to each other,” she said.

Healing began as the trial ended.

McCurley was wheeled away and innocent family members on both sides embraced in tears.

Asked if they could tell their sister anything right now, Stone responded:

During testimony on Monday McCurley seemingly confessed to the crime. Much of the audio in the video interrogation is difficult to hear, but McCurley can eventually be heard stating, “I guess I choked her to death.”

McCurley told detectives he had been out drinking the night of the crime. He said he parked in a parking lot and noticed a girl screaming in her boyfriend’s car. He said he walked over "to help her out" and got the girl out of the car after a "tussle" with her boyfriend.

After denying raping and strangling the teen to death, McCurley let out a sob and confessed to both by the end of the interview.

Several people then walked out of the courtroom in tears.

When McCurley was questioned in 2020 about Walker’s murder he stood firm saying he did not kill Walker. In fact, he said he had never seen her before.

“I didn’t do anything like that,” he vehemently told detectives who accused him of kidnapping and murdering the teen.

In opening arguments Friday, the defense claimed that no forensic evidence from the scene was linked to McCurley. His lawyers also called into question the other DNA evidence that was confirmed to match McCurley, as well as his confession -- stating that he was telling police what they wanted to hear.

According to police, Walker was abducted, held captive, and sexually assaulted before being murdered and left in a ditch after a Valentine's Day dance 47 years ago.

In 2020, after announcing McCurley's arrest, Wagner said detectives were ecstatic they could deliver justice for the Walker family.

“This case would not have been solved without the hard work of police,” said Kim D'Avignon, chief of the TCCDA Adult Sexual Assault team. “We appreciate the investigators in the 1970s, who gathered evidence and conducted interviews trying to find Carla’s murderer. We also appreciate the investigators, who, more than 40 years later, were able to use DNA technological advancements to link McCurley to Carla Walker.”

"Getting to see this all the way through to closure was very emotional and very gratifying," said Emily Dixon, assistant chief of the Adult Sexual Assault team. "We are so proud to have had so much support from the community for this case."

Prosecutors announced earlier this year they were seeking life behind bars for McCurley instead of the death penalty. His sentence will begin immediately.

Glen Samuel McCurley pleads guilty to the capital murder of Carla Walker, Aug. 24, 2021, 46 years after her kidnapping and death. 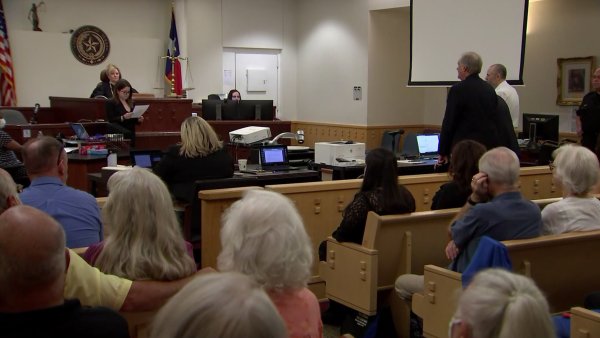 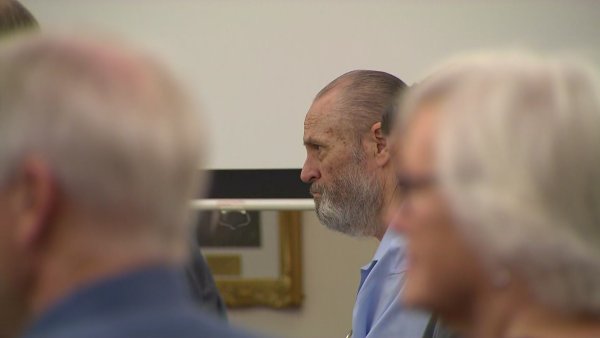