An arrest has been made in a Fort Worth cold case that went unsolved for nearly half a century.

Police said 77-year-old Glen Samuel McCurley was in custody Tuesday in connection with the 1974 murder of Carla Jan Walker, who was 17-years-old when she was abducted, held captive and sexually assaulted before being murdered and left in a ditch after a Valentine's Day dance.

Investigators said the abductor snatched the young woman from the passenger seat of her boyfriend's car in a bowling alley parking lot. Her boyfriend, Rodney McCoy, told police the man pointed a gun at him and threatened to kill him before something hit him in the head, knocking him unconscious. McCoy said he later woke up to find Walker was gone and blood coming from his head.

Three days later Walker's body was found dumped in a culvert near Benbrook Lake. Police said she had been beaten, raped, strangled and tortured alive for two days after her disappearance. The medical examiner also ruled that the killer injected her with morphine. 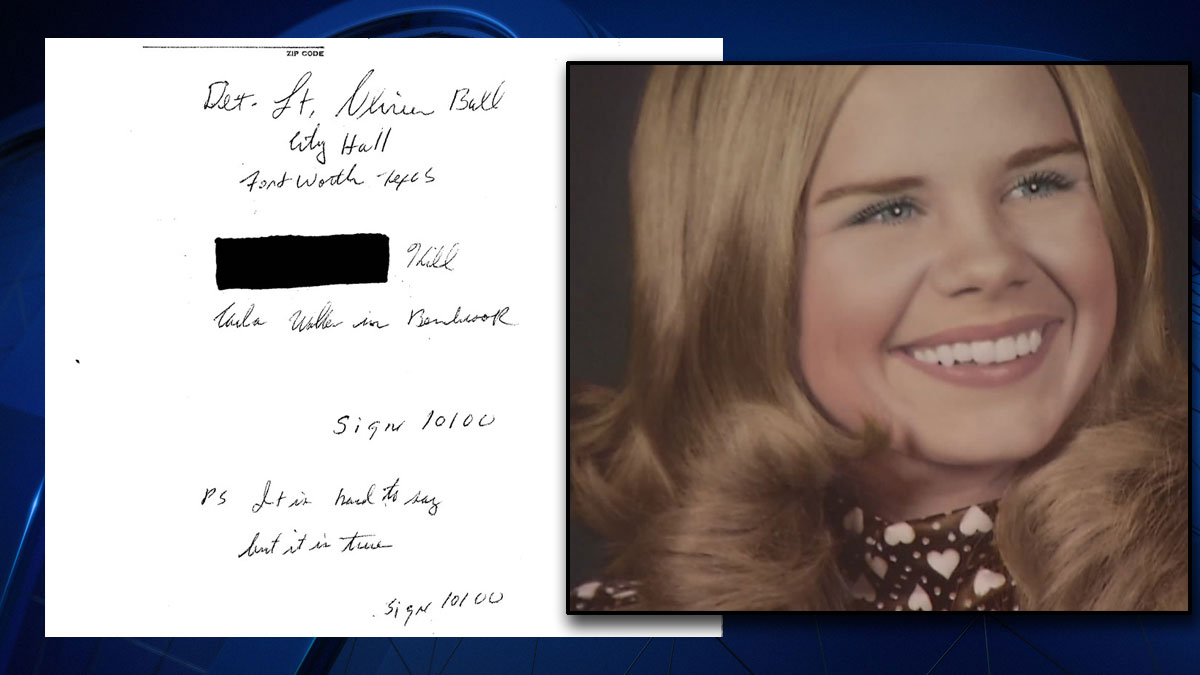 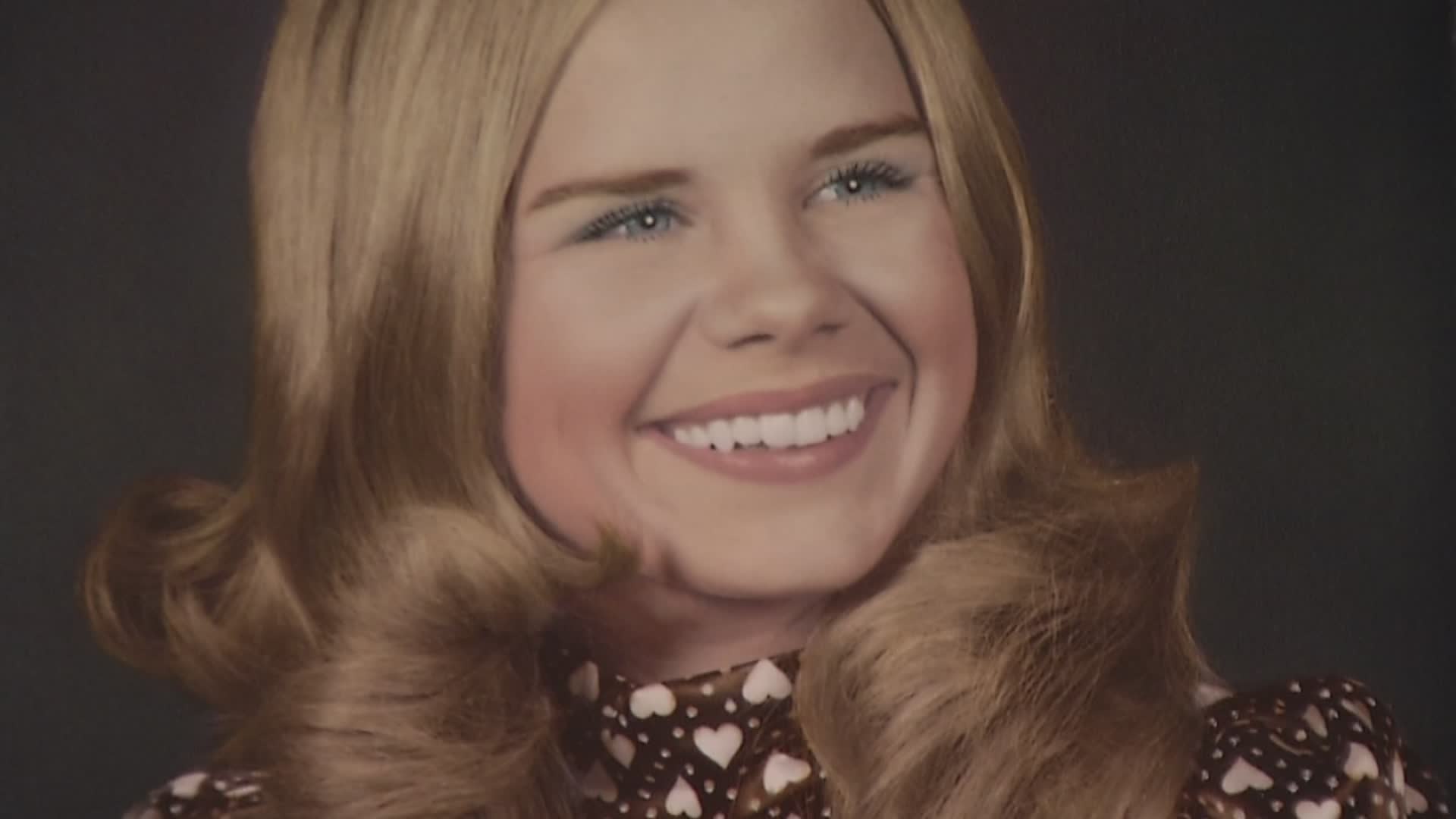 NBC 5 learned on Tuesday that DNA evidence recovered from clothing and a bra worn by Walker on the night she was killed was sent to Othram, a private lab in The Woodlands which uncovers genetic identities "through DNA, rootless hair and decades-old bones." Using a new process, detectives said the company was able to develop, for the first time, in this case, a full DNA profile of a potential suspect.

That DNA profile was then used to narrow the search to three brothers with the last name McCurley.

McCurley was the name of a possible suspect in Walker's case file. Police said during the initial investigation of Walker's death, Glen Samuel McCurley had been identified as a person of interest in 1974 because he owned a gun, a .22 Ruger, that matched a magazine found at the crime scene.

Nearly two months after Walker's disappearance and murder, McCurley was picked up and interviewed by detectives about the case. McCurley told detectives in 1974 that his wife had gone to West Texas to visit family and that his .22 Ruger had been stolen about six weeks earlier (around the time of the murder) and that he didn't report it because he was an ex-con who'd been to jail for car theft.

McCurley also told investigators that on the day of the murder he worked until 4:30 p.m. as a truck driver and had been off work the following day. Detectives did not again pursue McCurley following the 1974 interview until the DNA profile match was found in GEDMATCH.

On July 7, 2020, investigators collected trash from a bin in front of McCurley's residence and items from that bin were sent for analysis. On Sept. 4, 2020, police learned an item found in the trash matched the male DNA profile found on Walker's clothing.

On Sept. 10, 2020, police said they returned to McCurley's home and were invited inside where they spoke to both him and his wife. McCurley told the same story to investigators in 2020, that he'd spoke with detectives in 1974 because of the gun he owned, that he said had been stolen and never recovered, and that his wife was out of town at the time visiting family. He said he didn't kill anyone and did not know Carla Walker.

He was asked if he'd provide a DNA sample and he agreed and signed a consent form. Two swabs were taken and sent to a lab for analysis. Six days later, on Sept. 16, police said they were notified the swabs matched the DNA found on Walker's bra.

DNA evidence recovered from clothing and a bra worn by Carla Walker the night she was abducted was sent to a private lab in The Woodlands. NBC 5’s Scott Gordon reports how it used to develop a full DNA profile of a potential suspect.

The lab, Othram near Houston, uses advanced technology that can test tiny samples of DNA and come up with a full genetic profile of the suspect, said Othram's founder David Mittleman.

"It's a terrible burden that you feel when you're helping folks solve a case that's been unsolved for decades," Mittleman said. "It felt amazing."

"We take terrible evidence that other labs don't want to mess with," he said.

During a news conference Tuesday afternoon, detectives with the Fort Worth Police Department said they believe the assault and murder were random and that Walker and McCurley didn't know each other. Over the last four decades, police said it appears McCurley had led a relatively normal life, was married and had two children. Police said Tuesday that McCurley is not a suspect in any other crimes.

During a news conference Tuesday afternoon, detectives with the Fort Worth Police Department said they believe the assault and murder were random and that Walker and McCurley didn’t know each other. Over the last four decades, police said it appears McCurley had led a relatively normal life, was married and had two children. Police said Tuesday that McCurley is not...

Homicide detectives said Tuesday that though McCurley was investigated and named a person of interest in 1974, the investigation into developing him as a suspect was taken as it could be in 1974 with the technology available at that time. They said there just wasn't enough evidence at the time to make a direct connection until now.

Homicide detectives said Tuesday they were thankful that after 46 years they were able to identify and arrest a suspect in the young woman's murder.

"It was a mixture of emotions. A little bit of shock, excitement, a little bit of fear," said Det. Leah Wagner. "It's one thing to work toward a goal and it's another to achieve it and this was a huge goal. It was a really big win for us and the Walker family. We're just ecstatic that we could finally come to a head after all this time."

Carla Walker was just 17 years old when she was abducted, held captive and eventually murdered. It happened back in 1974 and to this day there have been no arrests.

Jim Walker, the victim's brother, joined police at the news conference and thanked investigators with the Fort Worth Police Department for never forgetting about his sister. While he said there were some dark times over the last four-and-a-half decades where he wondered if anyone would ever be caught, he said he was happy and relieved to learn of the arrest.

"The word that came across my brain was 'finally,' ... after 46 years, five months and three days, we have a name, a face and are working toward a complete resolution," said Jim Walker. " This is a resolution that's been prayed for by many people ... for years now. I feel like, God put the right two detectives on the case."

Jim Walker added his family was praying for the suspect's family and said that what happened to his sister was not their fault. He added the Walker family wanted to see justice served in Carla's death and that "prayers and forgiveness do not come with a Get Out of Jail Free card."

The case gained renewed interest in March 2019 after detectives discovered a letter related to the murder and shared it on social media. NBC 5 profiled the murder in 2017 during a series of cold case reports. Police said Tuesday afternoon that the letter was not part of the development of McCurley as a suspect.