Tarrant DA to Seek Life in Prison, Not Death, in the Murder of Carla Walker

Family supports prosecutors seeking life behind bars, not death, for man suspected in killing woman more than 45 years ago

The 78-year-old man accused of killing Carla Walker in 1974 will spend the rest of his life in prison if convicted of her murder and will not face the death penalty, the Tarrant County District Attorney's Office says.

The DA's office said Thursday they intend to seek a life sentence, not the death penalty, for Glen Samuel McCurley in the teenager's murder, and that the decision has the support of the victim's family.

"The decision to seek or not to seek the death penalty is one of the most important decisions this office makes," Tarrant County Criminal District Attorney Sharen Wilson said. "After much analysis, and with the support of the family of Carla Walker, we have determined that justice would best be served in this case by waiving the death penalty and seeking a sentence which ensures this defendant will spend the rest of his days in prison."

McCurley was arrested on a charge of capital murder on Sept. 21, 2020, after police said he abducted, assaulted and killed Walker after she attended a Valentine's Day dance at Western Hills High School on Feb. 17, 1974. 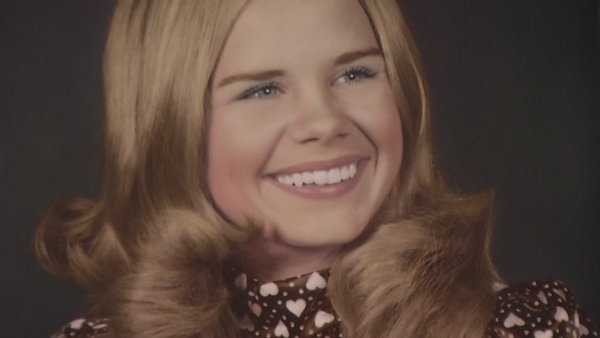 Investigators said McCurley snatched Walker, who was 17, from the passenger seat of her boyfriend's car as the two sat in a bowling alley parking lot and that he held her captive and sexually assaulted her before strangling her and leaving her body in a culvert on Pearl Ranch Road near Benbrook Lake.

Walker's boyfriend, Rodney McCoy, told police that a man pointed a gun at him and threatened to kill him before something hit him in the head, knocking him unconscious. McCoy told police he later woke up to find Walker was gone and blood coming from his head.

The case went unsolved for 46 years before it was reopened in 2019 and McCurley was arrested last year.

NBC 5 learned in September 2020 that DNA evidence recovered from clothing and a bra worn by Walker on the night she was killed was sent to a private Texas lab for analysis using more modern DNA sequencing technology. The DNA profile created by the lab was used to narrow the search to three brothers with the last name McCurley. 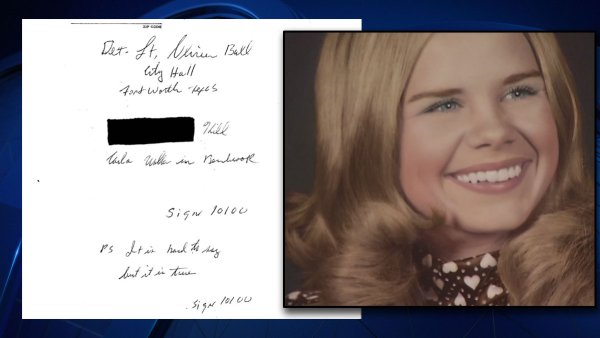 According to police, Glen Samuel McCurley had been identified as a person of interest during the initial investigation into the murder in 1974 because he owned a gun, a .22 Ruger, that matched a magazine found at the crime scene. Detectives spoke to McCurley during the initial investigation, but they did not pursue McCurley again following the 1974 interview until the DNA profile match was found in GEDMATCH last year.

McCurley, who was indicted in November 2020, is awaiting trial in the Criminal District Court No. 1 of Tarrant County.