Mansfield ISD Superintendent Kimberly Cantu said as everyone returns to campus, extra layers of support should be expected

Students, parents, and community members gathered at Timberview High School Monday night for prayer and a balloon release. On Tuesday they’ll return to school, and the two top priorities are safety and healing.

Those who rallied on the football field were hopeful as they released balloons in a show of solidarity for the first day back in school since a fight and the shooting that followed last week.

Mansfield ISD Superintendent Kimberly Cantu said as everyone returns to campus, extra layers of support should be expected.

“It is so very important that we ensure the physical, social, and emotional safety of everyone,” she said.

Cantu briefly spoke about the ongoing Arlington police investigation, as well as the districts' own investigation. She said the Mansfield ISD would look at the events internally, including the events leading up to Wednesday. 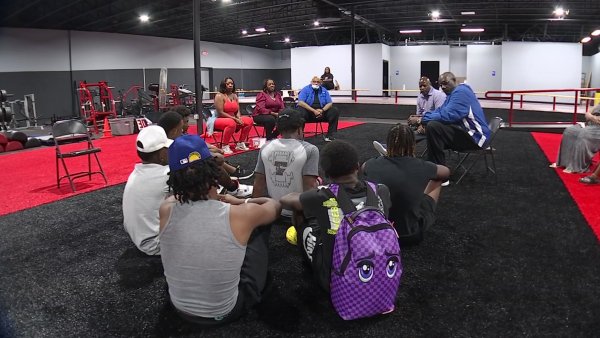 She asked for patience as the investigation proceeds and promised additional counseling and added security for the next several months.

“We have partnered with a local agency to provide extra support as far as police presence on our campuses,” she said.

From a distance, school students were seen embracing and wearing school colors on the athletic field Monday as prayers went out over the loudspeaker.

Cantu said Mansfield ISD has a safety and security expert on staff who will help identify gaps that may exist in the district’s security protocol. The district will also re-establish a safety committee made up of community stakeholders.