The Department of Justice revealed new details Friday in the 12-year search for Yaser Said, a Lewisville man who is accused of killing his teenage daughters in what has been described as an "honor killing," and who was taken into custody earlier this week in North Texas by an FBI SWAT team.

Yaser Said had been on the run since 2008 after police said he took his daughters, 18-year-old Amina and 17-year-old Sarah, to get something to eat on New Year's Day. He put the girls in his taxicab and left their home in Lewisville for Irving where he allegedly shot them both as they sat in his cab.

In documents unsealed Friday, the DOJ said Said's son and brother, Islam and Yassein, respectively, were complicit in keeping him hidden and that federal agents nearly caught up with him on Aug. 14, 2017 when an alert maintenance man spotted him inside his son Islam's Bedford residence at the Copper Canyon apartment complex.

The worker had been sent to the residence to repair a water leak and noticed the deadbolt was locked when he tried to enter. He knocked, announced himself, and said a middle-aged Middle Eastern man opened the door and allowed him inside to make the repair.

The maintenance worker reported what took place to the apartment manager. The manager was aware Islam was related to a fugitive and showed his employee Yaser Said's wanted poster. When the worker confirmed it was the same man they immediately notified the FBI.

Later that day the FBI sent a task force agent to interview the maintenance worker who was shown multiple photos of Yaser and his brothers -- the employee again identified Yaser Said as the man inside the apartment.

The agent then tried to interview Islam Said at about 6:30 p.m. and asked for permission to search the apartment. Islam, the DOJ said, refused to cooperate and later placed a call on his phone saying "we have a problem." According to investigators, Islam had been in communication with his uncles.

At about 1 a.m., the FBI Dallas SWAT team executed a search warrant at Islam's apartment. They did not discover anyone inside but said the back sliding glass door was open and that underneath the patio they found a bush with broken branches. The damaged bush, they said, suggested someone had jumped and landed on the bush. On the ground nearby they found a pair of eyeglasses.

The eyeglasses, along with cigarette butts and a toothbrush collected from Islam's apartment, were tested at the FBI lab in Virginia and cross-referenced against DNA of Amina and Sarah. According to the DOJ, " Analysts determined a 1 in 5.3 quintillion probability that the DNA found on the cigarette butts, eyeglasses, and toothbrush came from Amina and Sarah’s biological father: Yaser Said."

Yaser Said, however, was again nowhere to be found.

Twelve days after the raid, on Aug. 26, 2017, Islam Said was inside a car stopped for a secondary screening at a border checkpoint along the U.S.-Canadian border. The driver of the car, Hany Medhat, told border patrol agents that he and Islam decided to take a “crazy road trip.” The DOJ said, however, that a search of his phone revealed he'd told his employer he had a “family emergency.”

It wasn't until this month, nearly three years later, that the FBI caught another break in the search for Yaser Said.

On Aug. 17, FBI agents began 24-hour surveillance on a home in Justin that was recently purchased in the name of Dalal Said, Yassein's daughter. Agents watching the home said they saw Islam and Yassein allegedly drive up to the home, deliver what appeared to be groceries inside and leave with bags of garbage.

Two days later, just before midnight on Aug. 19, after Islam and Yassein left the home, agents said they saw the shadow of someone inside the home walk past a window twice.

Nearly a week later, on Aug. 25, agents said they again saw Islam and Yassein exit the home with two bags of garbage.

The agents followed Islam and Yassein to a Southlake shopping center about 20 miles away. It was there that agents said they retrieved the bags of trash from garbage cans and took them to the field office to be examined. Inside they found a number of cigarette butts and other garbage.

The next day, agents executed a search warrant at the home in Justin. Inside they found Yaser Said and took him into custody without incident.

During a search of the home, agents say they found what appeared to be a hidden room in the back of a converted garage with a cot in it.

Both Islam and Yassein were arrested in Euless the same day.

“For years, Islam and Yassein Said — Sarah and Amina’s own brother and uncle – allegedly harbored the girls’ killer,” said U.S. Attorney Erin Nealy Cox. “In concealing Yaser Said from arrest, not only did these men waste countless law enforcement hours in the hunt for a brutal fugitive, they also delayed justice for Sarah and Amina. Thankfully, their day of reckoning has finally arrived. We are hopeful all three arrests will bring a measure of comfort to the girls’ mother, relatives, and friends.”

After learning of Yaser Said's arrest and capture, his ex-wife's family told NBC 5 they were "brought to tears of elation and shouts of triumph" and said "finally this monster is no longer free to roam about the world while Sarah and Amina's bright and promising lives were torn away from them by him."

They added they were sad, but not surprised, to learn that Islam had been accused of harboring his father.

"We hope that Islam, too, will be punished accordingly for his part in the girls' murders and the hiding of Yaser, along with everyone else who has or will be arrested for aiding in hiding him."

It's unclear how long Yaser Said was living in Justin or if he ever left north Texas. 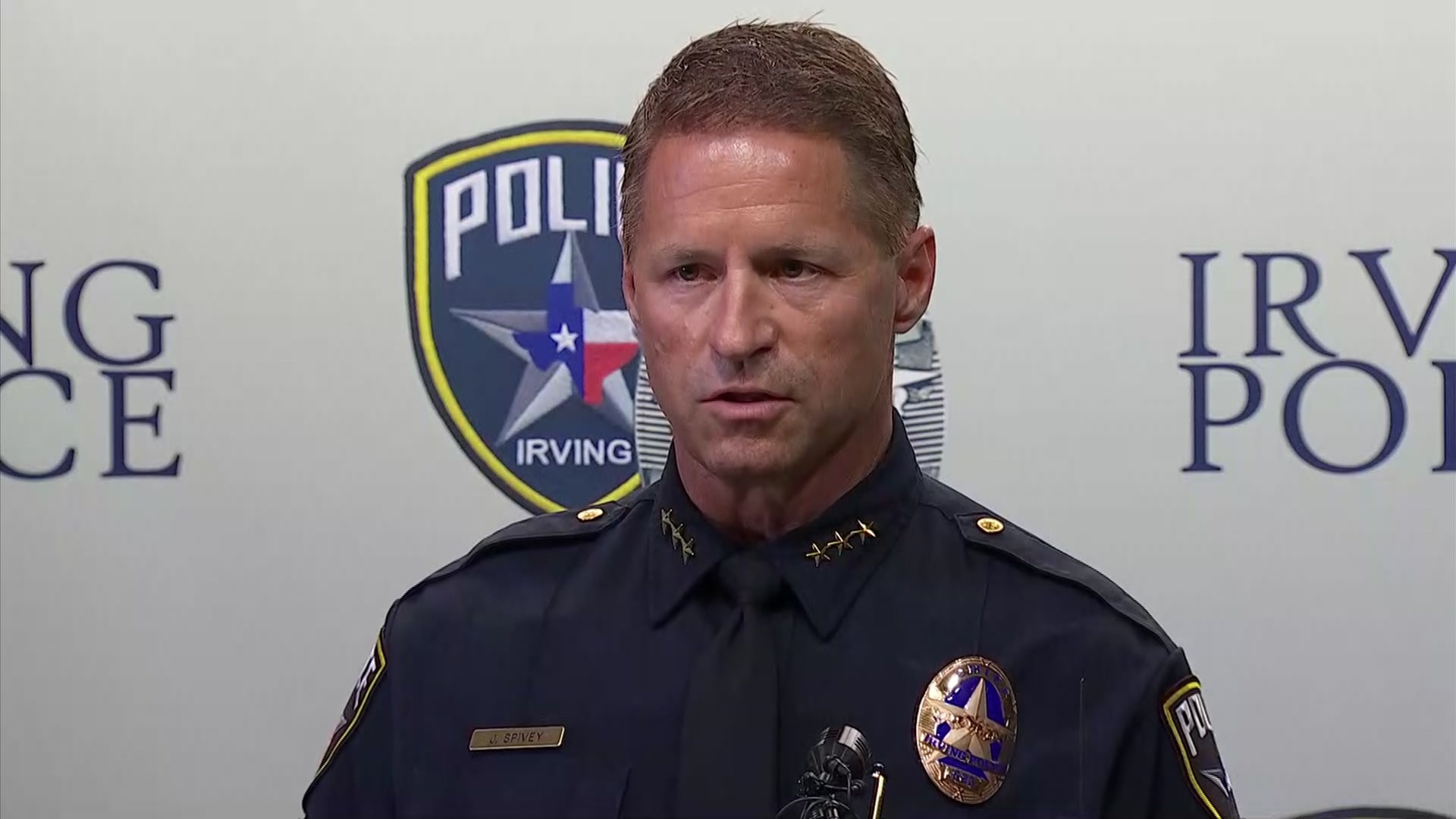 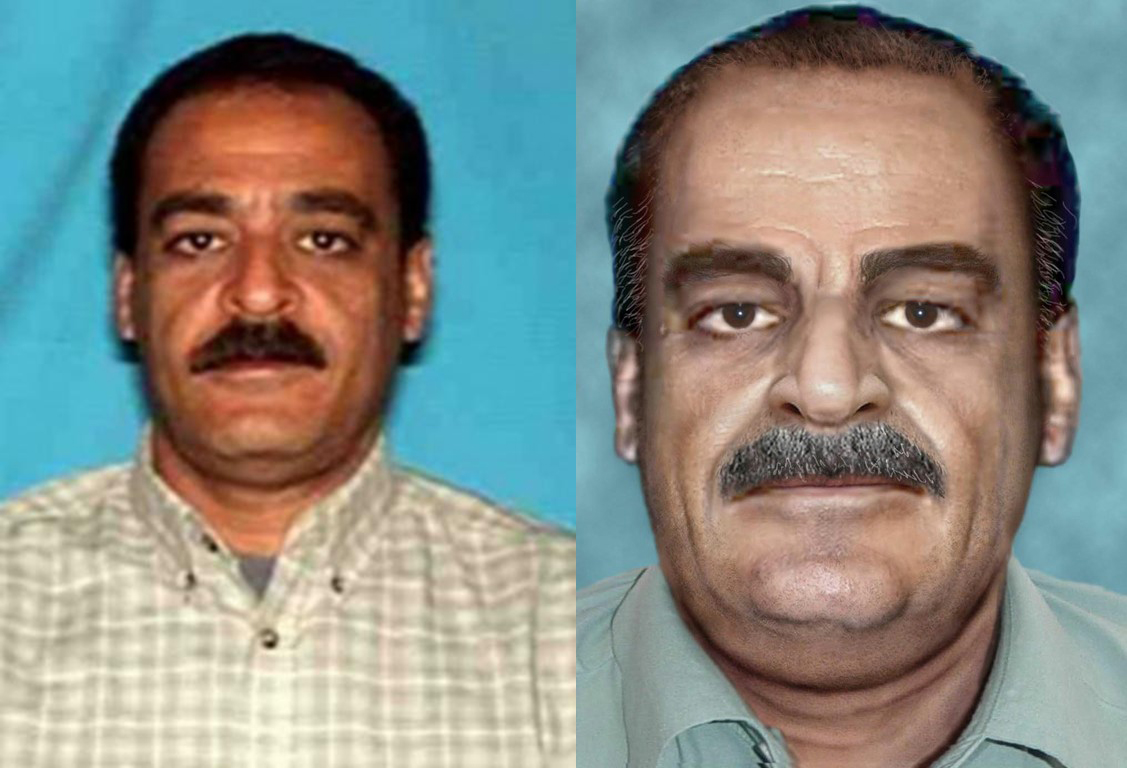 Earlier this week, FBI Dallas Special Agent in Charge of the Dallas Field Division Matthew DeSarno said Wednesday they hoped to learn more about where Said had been over the last 12 years so that anyone who aided in his flight could be prosecuted.

"The defendants provided aid and comfort to an individual who is accused of murdering his own daughters,” said DeSarno said in a statement. “Harboring a dangerous fugitive is unacceptable. The FBI and our law enforcement partners will pursue anyone who helps a criminal evade capture.”

If convicted, Yassein and Islam face up to five years in federal prison for harboring a known fugitive. Yaser, indicted by the state of Texas on capital murder charges, faces the death penalty or life in prison without the possibility of parole.

Assistant U.S. Attorneys Tiffany Eggers and Errin Martin are prosecuting the case against Islam Said and Yassein Said. A trial date has not yet been set. Yaser Said's capital murder case will be prosecuted by the Dallas County District Attorney's Office. A trial date for that case has also not been set.