A wanted man is dead, fatally shot by an Arlington police officer during a traffic stop Thursday afternoon.

Police said an Arlington officer working with a U.S. Marshals Task Force that was attempting to stop a person known to have multiple felony warrants for sexual assault and indecency with a child radioed for a marked patrol car to stop the driver. 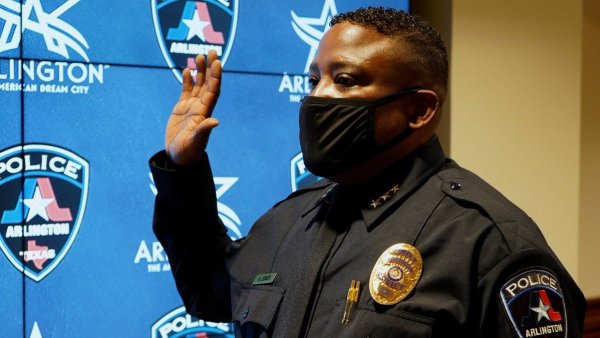 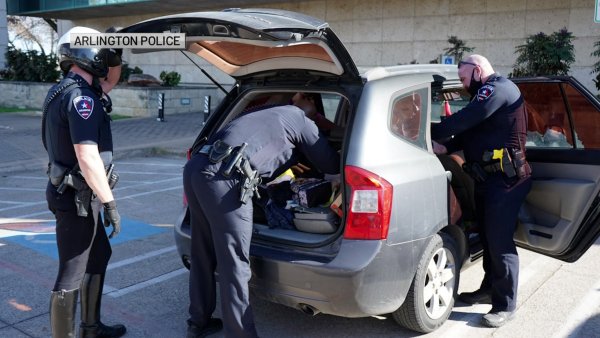 The man pulled over on the 1700 block of East Pioneer Parkway at about 5:22 p.m. and was approached on both sides of his vehicle by members of the task force. That's where police said the man pulled out a gun and began to threaten the officer on the driver's side by raising the weapon.

The task force officer pulled out his gun and shot the man, killing him.

A man wanted on felony offenses was shot by police after pulling a gun on Arlington officers during a traffic stop Thursday evening.

The man, whose identity will not be released until his family has been notified of his death, was wanted for 11 offenses in Arkansas which included five counts of rape and six counts of sexual indecency with a child. Police said it's not yet known why the man was in Arlington.

“I am grateful that no officers or innocent community members were injured by the unfortunate decisions that this suspect made today by pointing a gun at one of our officers,” said Al Jones, Arlington Chief of Police.

Police said that when the Arlington officers are working with the task force they are actively looking for people known to have outstanding warrants and make intentional, targeted traffic stops -- they are not doing standard traffic duty.