Heavy Rain to Continue Wednesday With Ongoing Threat of Flooding

Very heavy rain fell across North Texas on Tuesday, kicking off severe thunderstorm and flash flood warnings for parts of the Metroplex.

The rain isn't done yet -- this is a multi-day event and a Flash Flood Watch continues Wednesday and into Thursday morning. (See the latest forecast at the bottom of this page.)

Wednesday Morning, Flash Flood Warnings are ongoing in Denton and Collin counties until Thursday morning for those along the East Fork of the Trinity River in McKinney and Denton Creek near Justin.

Given the heavy rain that has occurred and the potential for an additional one to three inches of rain in the coming days, a Flash Flood Watch remains in effect through Thursday morning.

Be alert for rising water and never drive across a flooded road -- remember the phrase, "Turn Around, Don't Drown."

The highest rainfall amounts Tuesday were in Denton County where as much as nine inches of rain led to localized flash flooding.

A map view of the rain amounts (below) shows that there were several areas that had more than two inches of rain. That's very good news for North Texas, given the dry conditions from July and August. 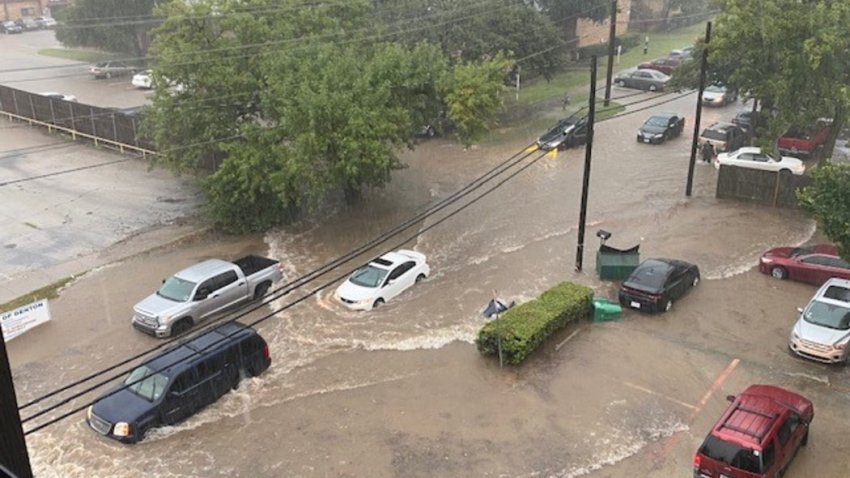 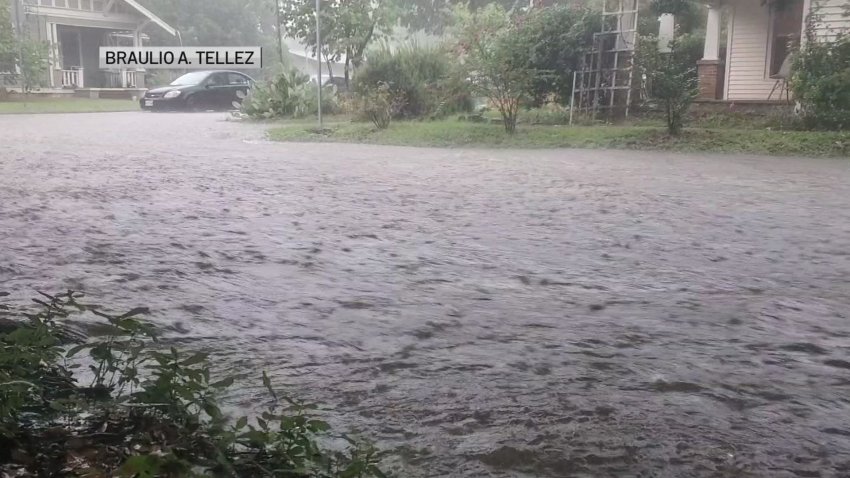 Until Tuesday's rainfall, much of the area from Tarrant County to the west had been "abnormally dry." Further west, "moderate drought" and "severe drought" had been creeping in from Palo Pinto and Stephens counties westward. Click here and scroll down to see the most recent weekly update from the U.S. Drought Monitor.

Rain chances will remain high on Wednesday, although there will be dry hours as well.

The rain chances decrease Thursday through Saturday as the rain potential will not be as widespread.

We will be seeing breaks in the rain this afternoon but additional rounds of heavy rain and a few thunderstorms are expected over the next two days.