An attorney for Houston Texans quarterback Deshaun Watson, who’s accused of sexual assault and harassment in lawsuits filed by 16 women, on Tuesday questioned the allegations against the NFL player, claiming they were made following a failed attempt to blackmail his client for $30,000.

The women, in lawsuits filed in state court in Houston, accuse Watson of exposing himself, touching them with his penis or kissing them against their will while he got a massage. All of the women who have sued Watson are either licensed massage therapists or worked in a spa or similar business.

Rusty Hardin, Watson’s attorney, alleged in a statement that his legal team has “strong evidence” an accusation made by a woman they believe filed one of the lawsuits is false.

In her lawsuit, the woman alleged Watson forced her to perform oral sex during a massage in December and that she “blacked out for a few minutes from the fear” of her encounter with Watson, which left her “terrified.”

Hardin alleges that in January, the woman demanded $30,000 in exchange for her “indefinite silence” for a consensual encounter she had with Watson.

Hardin provided a sworn affidavit from Bryan Burney, Watson’s marketing manager, who alleged he spoke with the woman, who told him she needed to be paid for her “silence.” 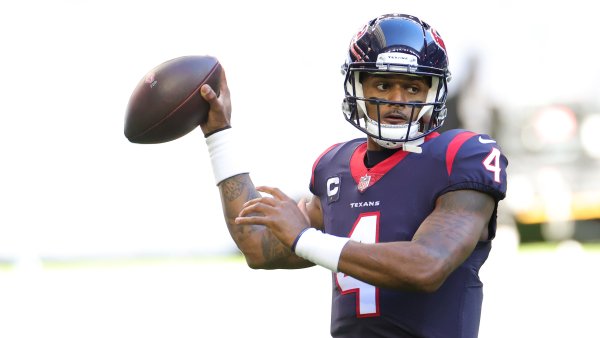 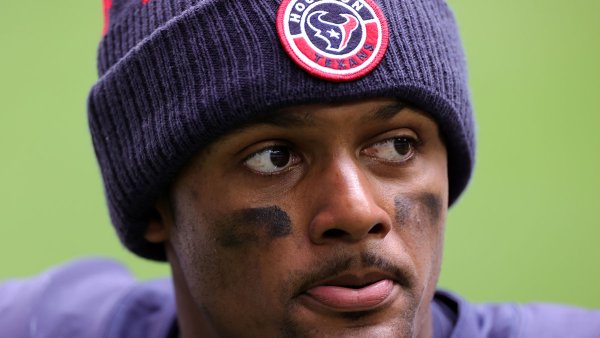 In his affidavit, Burney alleges he also spoke with the woman’s “business manager” and told him the demand for money “was extortion.”

Hardin said the attempt to blackmail Watson “calls into question the legitimacy of the other cases as well. ”

Tony Buzbee, who represents the 16 women, did not immediately return a call or email seeking comment on Tuesday.

“Alleged sexual misconduct is serious. Attempting to criminalize or minimize those that speak out or step forward is wrong," Buzbee said in a statement posted Tuesday afternoon on his Facebook page.

At a news conference last week, Buzbee said the lawsuits aren’t about money as the women are suing for $500 in damages, the least that can be sought in a Texas civil district court.

Buzbee said last week the cases are about “female empowerment” and the women filed their lawsuits “for one reason only, stopping further misconduct from this defendant and any others like him.”

Hardin accused Buzbee of creating a “circus-like atmosphere by using social media” to publicize the lawsuits. He said that Watson recognizes that “sexual assault and harassment are not only unlawful, but morally wrong.”

Hardin said that many massage therapists who have previously worked with Watson describe him as a “gentleman and a model client who never engaged in inappropriate conduct.”

The two most recent lawsuits in the case were filed on Tuesday. Seven others were filed on Monday while the rest were filed last week. The lawsuits allege most of the assaults took place in Houston, while one happened in Atlanta and another in Beverly Hills, California. The first alleged assault took place in March 2020.

Buzbee has said he planned to submit evidence from several of the women to authorities but it’s unclear if that has happened.

Houston police and the Harris County District Attorney’s Office have declined to comment on the allegations.

The NFL has said it's investigating the allegations against Watson.

Watson is one of the league’s top quarterbacks and led the NFL in yards passing last season. He signed a four-year, $156 million contract extension with the Texans last offseason, but he became unhappy with the direction of the team as Houston sunk to 4-12. Watson requested a trade in January.