What's Next for College Grads During the Pandemic?

NBC 5 is continuing to celebrate graduates across North Texas this week.

Counselors are working hard to help high schoolers prepare for college or the workforce. But how are college graduates preparing for their next step amid the pandemic?

Some college grads are taking a gap year to get sorted out. Others are pursuing more schooling because the job market isn't what it used to be.

“I think across the board, we recognize that students in a very different place right now,” she said.

Her team is meeting with students, getting a feel for what they want to do after getting that degree. She’s also asking students big questions to see if they’ve been networking, keeping their resume updated and honing in on new skills picked up during the pandemic.

“Our job, at least at the center for sure, is about discovery and helping them to make that final decision – with some questioning and helping them with that decision once they are there,” Martins-Crane said. “I think the biggest message also is that it just doesn’t happen. You have to work at this. It has to be intentional.”

She added that her team is reminding students that every path is different. If you don't land that dream job right after college or you're doing something a little more outside of the box, that's OK.

"They might have to branch out. They might have to go into another field for a little bit and that doesn't have to be a permanent thing. And it's OK if you want to start off at 'A' and end up at 'B' for just a little while. It might actually kind of open up their perspective as well," she said.

The one thing that's for sure – you're not alone. 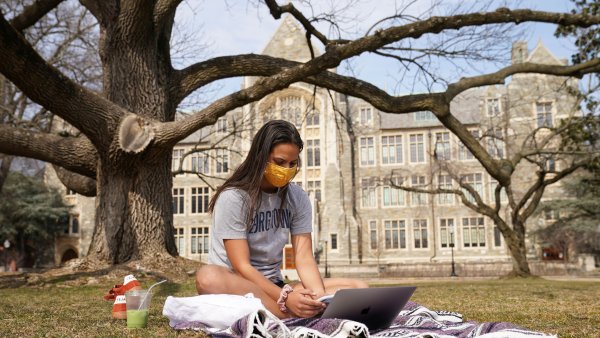 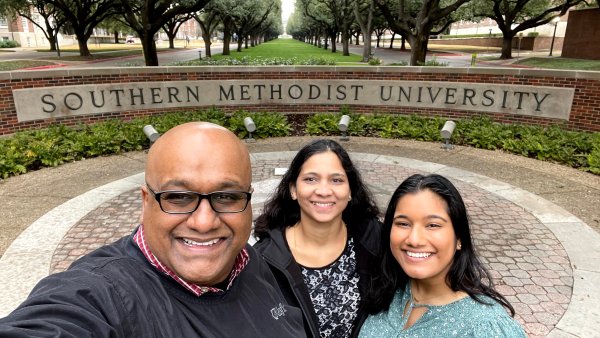 “It's that student's path. It's their world, their life. That they need to take ownership of that. We are here to ensure that they find that journey and that path and that we’re supporting them,” she said.

Across the metroplex at UT Dallas, Elizabeth Helfrich has been crafting her own plan before she graduates in two weeks.

She'll be taking a gap year before applying to medical school, working as a paramedic. She also landed a position working as adjunct faculty at UTD teaching EMS education and will be squeezing in time as a research fellow focusing on dive medicine.

But this is a far vision from February 2020, when she was studying Arabic in the Middle East. She was forced to come home once the pandemic took hold of the world in March.

“Within 12 hours' notice, I was evacuated, literally overnight. And I consider myself very lucky to have made it back to the U.S.," she said.

But when she arrived back home and had to embark on the virtual education that stayed with so many students for the rest of 2020 and into 2021, Helfrich said that's when things really started to change for her.

"I think that kind of shifted everything because, after that, my entire focus really shifted from being a student studying abroad to really kind of looking at the EMT aspects of my life. Figuring out ways I can give back,” she said.

Bottom line, Helfrich is stressing the importance of embracing the change. She said her friends are also thinking less about the next step being an end position, but instead, a starting position.

"I think some of the pressure that we may have felt to find a dream job right out of the gate has just been taken away. And I think because of that, people are finding – not necessarily things that are brand new lifelong passions – but things that they might not have experienced before,” she said. "You're not going to be 22 forever. And I think that for a lot of us, we've kind of felt like we've had a year taken away."

And if you're trying to enter the job market, here's some promising news.

The career center said about 60% of new hires in the last 12 months were recent college grads. Click here to read more.

“I am cautiously optimistic,” said Martins-Crane. “I think that really positions us and positions students in a really good place moving forward.”