‘Hero' Boy, 12, Who Saved Mother From Oncoming Van, Laid to Rest in Dallas

Close to 100 people gathered around a newly dug grave at Restland Cemetery in Dallas Tuesday afternoon to remember a 12-year-old boy whose family says he died a hero.

Victor Garcia was walking along Josey Lane in Carrollton with his mother and 7-year-old nephew after getting groceries for Christmas dinner on Dec. 23.

His family said he pushed his mom out of the way when he saw a car come towards them.

Interstate 820 Closed in Fort Worth Due to Deadly Crash: TxDOT 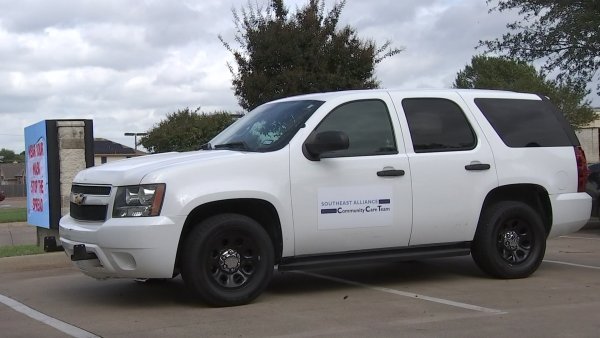 The driver of that van told police he swerved to avoid a vehicle that suddenly stopped in front of him.

Friends and family gathered Wednesday night to remember 12-year-old Victor Garcia who was killed in Carrollton on Monday while walking on a sidewalk.

“A little child came to teach us to tell my parents every day that we love them,” Adrian Garcia said.

Garcia said the family’s been frustrated with the investigation into the accident, and that they wanted to see the driver responsible for hitting Victor arrested.

“We just want him to pay for what he did,” Garcia said.

Garcia said he believed the driver should face hit and run charges for not rendering aid to his brother or mom, though police said the driver did stop at the scene.

“We have not made an arrest or issued a citation yet, but every option is still on the table in the investigation into Victor’s death. It’s still very much an active investigation, but it takes some time. We can completely understand if that is frustrating for the family,” said Carrollton Police Public Information Manager Jolene DeVito.

DeVito also said that as of Friday, the department’s still waiting for toxicology results on the driver’s blood, returns on his cell phone and for returns on his vehicle crash data, among other investigative returns.

Garcia said they just want answers and justice for his little brother.

“He took the life of a little, little boy that was just starting to live with a great future in front of him. Me as a person, I don’t hate this person. But I do, us family, we do want justice,” said Garcia.