Audit itself includes several errors, according to review by NBC 5

An audit of 40 homicide cases found a suspended Tarrant County coroner made 59 mistakes, according to a copy of the document obtained by NBC 5.

The extraordinary review of 10 months of autopsies and death investigations by deputy medical examiner Dr. Marc Krouse contains several errors itself, according to a review by NBC 5.

Krouse joined the office in 1981 and has testified in some of Tarrant County’s most high-profile murder cases.

He was suspended from doing autopsies in homicide cases in November after he mistook a bullet wound for a surgical incision in one case and the victim’s body had to be exhumed, the audit said. 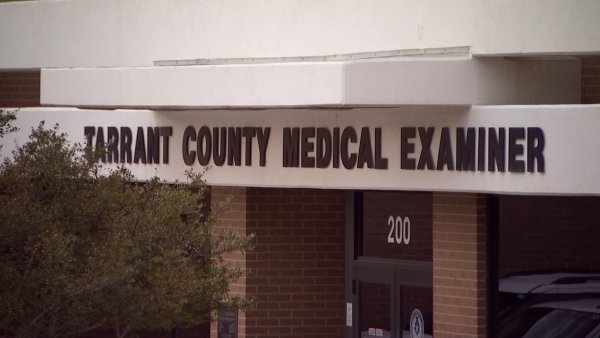 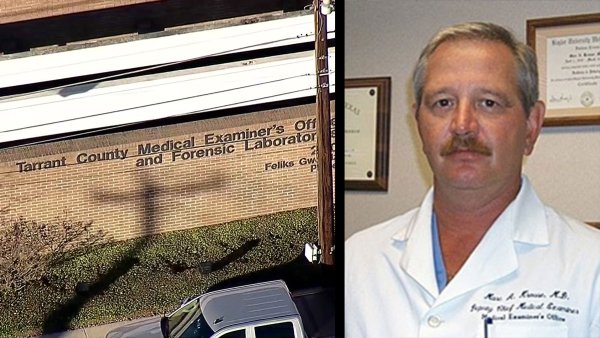 After the review, Krouse was placed on administrative leave on March 25 and plans to leave his job on April 24, the district attorney’s office said last week.

Benson Varghese, president of the Tarrant County Criminal Defense Lawyers Association, said the audit has the potential to affect hundreds of cases in Tarrant County.

“A rough number that we’ve been hearing is 449 or 450 cases that are currently pending in Tarrant County that are related to deaths," he said. "So we’re not talking about all Tarrant County ME cases, just the subset is a huge number.”

Varghese said defense attorneys will be responsible for investigating each case to determine whether there are issues they need to raise in court.

Defense attorney and former prosecutor Christy Jack said Wednesday she has worked with both Krouse and Peerwani for years.

“If we were to go back and audit all of his [Krouse] work for all of those years, who knows how many mistakes have been made?” she said. “I have a number of homicides that are pending, and I’m going through them right now."

The Dallas County DA has been appointed to do an independent and full-scale review of Krouse’s work, prosecutors said.

Tarrant County prosecutors said they recused themselves from the investigation but did send the audit to defense attorneys.

The audit generally confirmed Krouse’s determinations of cause of death and manner of death in almost all but one of the cases examined.

But it faulted him for repeatedly failing to request or review ambulance reports and hospital records. In more limited cases, the audit found Krouse failed to confirm a victim’s identity by a fingerprint or other scientific means, failed to collect blood and other issues describing injuries.

In two of the 40 cases, Krouse’s errors were described as “egregious.”

The audit began after the body of a shooting victim, 19-year-old Alfredo Olivares, had to be exhumed because Krouse failed to notice a second bullet during the autopsy.

In all, Krouse made nine mistakes in Olivares’ autopsy, according to the audit, including failing to recognize injuries to the body and reporting Olivares was shot once when he, in fact, was shot twice.

The second gunshot wound was noted in hospital and ambulance records that Krouse failed to read, the audit said.

Moreno became a paraplegic after he was shot in a workplace shooting in 1989 and a bullet lodged permanently in his spine.

Krouse ruled the man died of complications from paraplegia due to the gunshot wound and classified his death as a homicide.

Krouse did not do an autopsy and did not recover the bullet, according to the audit.

The review found the homicide classification was inappropriate because Krouse should have further investigated other potential causes of death such as drug overdose or heart disease.

She said nobody from the medical examiner's office has contacted the family to update them on the findings.

"I don't understand why you're going to waste all this time and not do a proper job, not do the proper job, and give people closure," said Moreno's sister Vanessa Morales. "It's not fair to just leave us in limbo."

The man convicted of shooting and kidnapping Moreno served 14 years in prison and was released on parole in 2007.

In another homicide of a man who was found stabbed and burned along some railroad tracks in Fort Worth, Krouse failed to describe defensive wounds and made “obvious errors” describing the injuries, the audit said.

Errors in Audit Itself

The audit itself appears to contain multiple mistakes.

It includes the same Grand Prairie victim's name twice – once with a mistaken case number -- and gives a different age for the victim than what appears in online medical examiner records. Online records show he was 30. The audit reports his age as 38.

The mistaken second case number was for a Fort Worth homicide -- not Grand Prairie, according to online records. The audit does not include information on the Fort Worth homicide even though the autopsy was conducted by Krouse during the time frame covered in the audit.

The audit also gives conflicting information about a third case involving a 15-year-old boy’s death. It uses the same address where a 38-year-old man died in Fort Worth five days earlier.

It’s not clear which information is correct.

In yet another error, the audit claimed the autopsy of the 15-year-old boy was done on June 22 -- four days before his death was reported on June 26.

In a phone interview Wednesday, Peerwani said he would amend the audit to correct the errors, which he described as typographical mistakes that did not impact the end result.

NBC 5 asked the Tarrant County District Attorney’s office if prosecutors still have faith in the audit and if they will notify defense attorneys of the discrepancies.

The statement did not address the question about whether prosecutors have confidence in the audit.

Krouse could not be reached and the medical examiner’s office declined to forward a request for comment to him.