Some students in the Midlothian ISD hope today brings something good in their efforts to get their idea for a new band instrument to market.

"It really is a first of its kind, and I believe there's a lot more potential with this product," said Class of '21 Midlothian graduate Caed Mitchell.

Mitchell is the lead engineer for a student entrepreneurship team called Mallet Head. The team of six designed and produced a set of cost-effective interchangeable mallets for drums and percussion instruments.

Mitchell and Xander Hubbard were both students at the district's state-of-the-art facility, MILE, which stands for Midlothian Innovative Learning Experience. Mitchell was on the engineering side; Hubbard was in entrepreneurship classes.

The idea from Mitchell's own experiences brought them together.

"About halfway through the first semester, I brought this idea to Xander and his entrepreneurship group, and they started. they dropped everything and started running with it." Mitchell said. "I am a very aggressive percussion player, and I run through mallets very, very fast by breaking them or putting too much wear on them. And it was getting quite expensive. And through the whole MILE process, it was a great opportunity I had to be able to come up with the design, use 3D printers to prototype and really make my early drawings and ideas into a reality. " 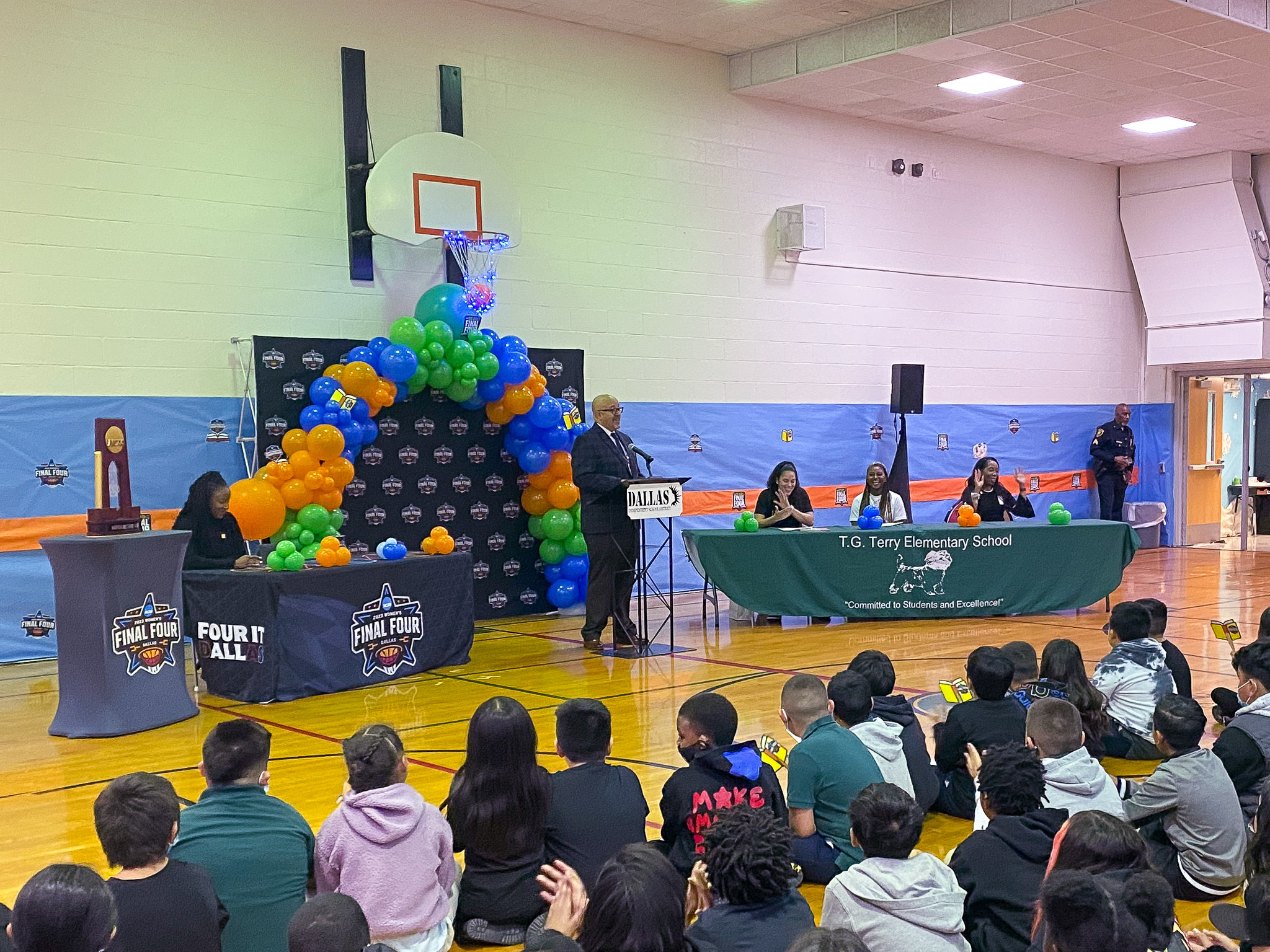 "And if we could get band directors to recommend them to their students, the students will buy them and we'll have more usage in different school districts. We're hoping to build somewhat of a culture around our brand," said Zander Hubbard, a senior at Midlothian High School and the CEO for Mallet Head.

" It really is a first of its kind, and I believe there's a lot more potential with this product," Mitchell added.

Mallet Head and its six team members won $7.500 in the district's local pitch contest. Wednesday, they're one of five student groups competing in a national competition.

No matter what happens, the two percussion students leading the effort believe the early success is validation that they're on to something.

"Being able to bring something to the community I've lived in so long and people outside of the band community, people inside and outside saying, this is a great product, good job. It's been, it's been reality-breaking for me. So it's been really nice." Mitchell said.

"I'm just in utter awe that we are being successful at this. It's such a great thing. I'm so excited to go out there and hopefully, win some more money," Hubbard told NBC 5.

Midlothian ISD will host a watch party Wednesday afternoon at 4:30 to cheer on Mallet Head in the national pitch contest.