Petition Started to Save ‘Leaning Tower of Dallas'

A Dallas man has started a Change.org petition to save the unintentional landmark, "The Leaning Tower of Dallas."

The angled remnant concrete core of the 11-story tower, which is the result of a failed implosion on Sunday morning, has fast become a spot popular with locals and tourists alike with dozens of people, if not more, taking photos from a distance that give the impression they are either holding the building up or kicking it over.

The framing of the photo is one made popular decades ago by people visiting the Leaning Tower of Pisa in Pisa, Italy. We've even collected a number of those photographs and placed them in a gallery below.

A man with the handle Jimbob Dallas created the petition to not only save the tower, but turn it into a UNESCO World Heritage Site and a Texas State Landmark, "ensuring that the landmark, is not only saved, but maintained."

As of this writing, at least 588 people agree with Jimbob and hope to have the slanted structure somehow saved.

The building, the former Affiliated Computer Services tower, was being removed so that the land surrounding it could be redeveloped into The Central, a 27-acre mixed-use project with space for offices and residences, as well as food, beverage and other services.

The company behind the demolition said it would use a crane and wrecking ball later this week as a way to remove what's left. On Wednesday, the company said it had not yet secured a wrecking ball. 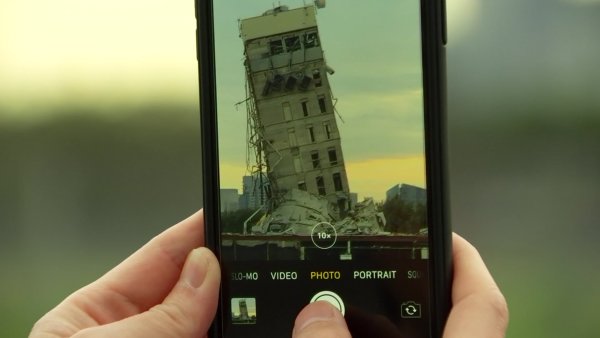 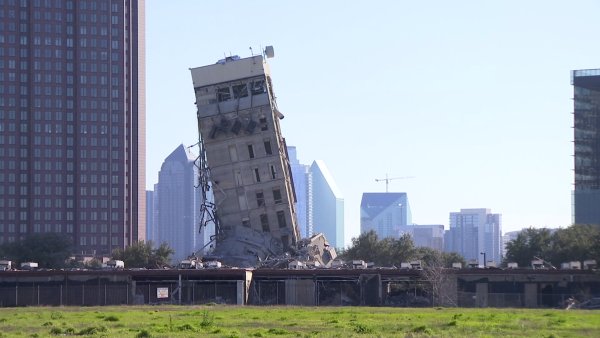