We will have to wait another week to find out the fate of suspended Colleyville Heritage High School principal James Whitfield.

The Grapevine-Colleyville Independent School District Superintendent has recommended the firing of the principal at the center of a controversy.

The school board was expected to vote on Whitfield's employment Monday but will now decide next Monday.

Whitfield, who is Black, was named principal of Colleyville Heritage ahead of the 2020-21 school year.

Whitfield says he's being targeted for two reasons: First, he says he's been accused online and in board meetings of teaching critical race theory. Second, he says pictures with his wife from a social media post celebrating his anniversary have ruffled feathers. 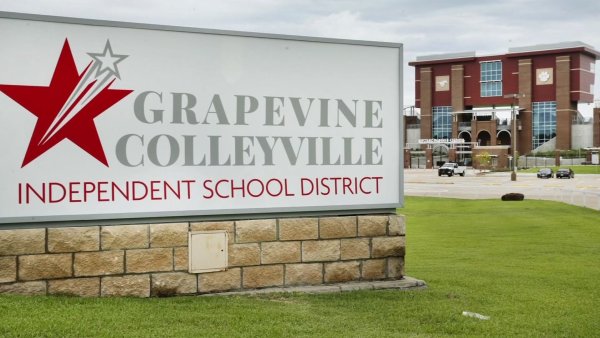 In a statement to NBC 5, a district spokesperson said some of the photos "contained poses that are questionable for an educator, especially a principal or administrator."

The district says neither of the reasons Whitfield has pointed to is why he has been placed on leave, calling it a "personnel matter."