Since 2012, Dallas based Hari Mari’s been making flip flops to be sold and distributed all over the country.

But it wasn’t until recently, they realized the footwear they specialize in was off-limits to some of the men and women injured while fighting for our freedom.

“We received an email from a cousin of Jacob Schick, a retired and disabled military marine,” said Hari Mari founder Jeremy Stewart.

Schick’s cousin explained that while flip flops had long been a primary part of his wardrobe, Schick could no longer keep the strappy sandals on after losing his leg in combat while serving in Iraq in 2004. 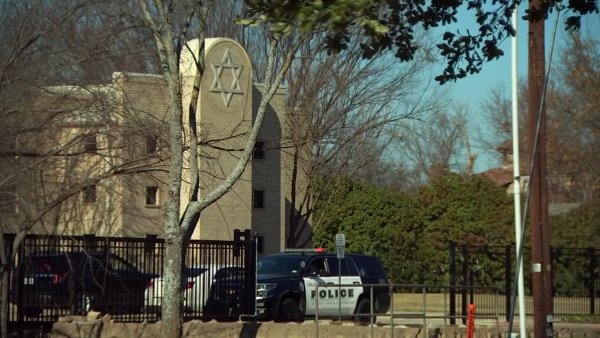 “He asked us if we were able to create a flip flop for Jacob, and we said absolutely. So we traveled to our factory and figured out how to reverse engineer a flip flop to help it fit a prosthetic limb and the rest is history from there,” said Stewart.

Taking inspiration from the children’s shoes Hari Mari had manufactured for a few years, Stewart came up with the idea to add a heel strap to the shoe to keep it attached to a prosthetic while in motion.

He presented Schick with two prototypes he still wears to this day.

“It’s not just a flip flop. There’s an element of freedom that you get from it, because we take so many things for granted every day,” said Corporal Jacob Schick. “It’s a freedom that was provided to me I had literally forgotten how much I missed.”

Stewart remembers that initial presentation to Schick as an emotional moment for everyone in the room, which is why he and his wife Lila teamed up with Schick to launch “Freedom Flops.”

In November, they were able to gift 100 pairs of prosthetic compatible flip flops to veterans around DFW.

“It’s just a really cool way for us to show our appreciation and gratitude for their service to our community,” said Stewart.

Now they’re taking applications for another shipment come Spring, which they hope to send out all around the nation.

It’s just the start of a project they hope to see through for years to come.

Veterans and first responders who could benefit from Freedom Flops can register for their own pair at https://www.harimari.com/pages/freedom-flops.