Video from Texas Sky Ranger showed charred debris near the 18-wheeler and a white vehicle near the shoulder. Video showed other vehicles down the highway that were damaged near the trunk, appearing to have been clipped.

The westbound lanes were blocked by a fire engine, allowing traffic to only get by on the right shoulder. 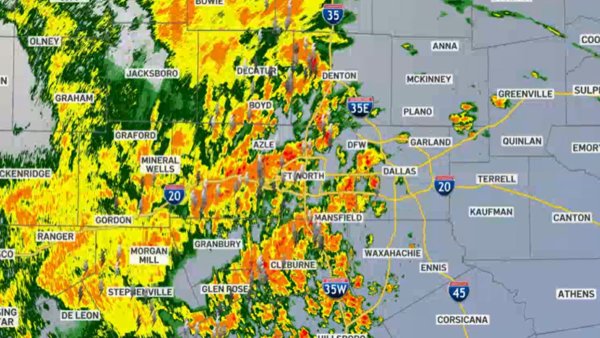 The service road was also closed, but has since been reopened. No other information was available.