Live video from the NBC 5 Weather Center will appear in the player above. At times the stream will change from live radar to live coverage.

With more rain on the way, the threat for flooding continues across North Texas Tuesday.

A Tornado Watch is in effect for Freestone, Anderson, Leon, Milam and Robertson counties until 9 p.m.

A Flash Flood Watch (details below) remains in effect until Wednesday evening. Some locations have already received nearly 6 inches of rain over the past couple of days. An additional 3 to 5 inches is possible before the end of the week. That said, there will also be extended periods of dry weather each day as well.

A few strong to severe storms are possible tonight with gusty winds and hail being the main threats east of DFW. A Flash Flood Watch continues until Wednesday evening. 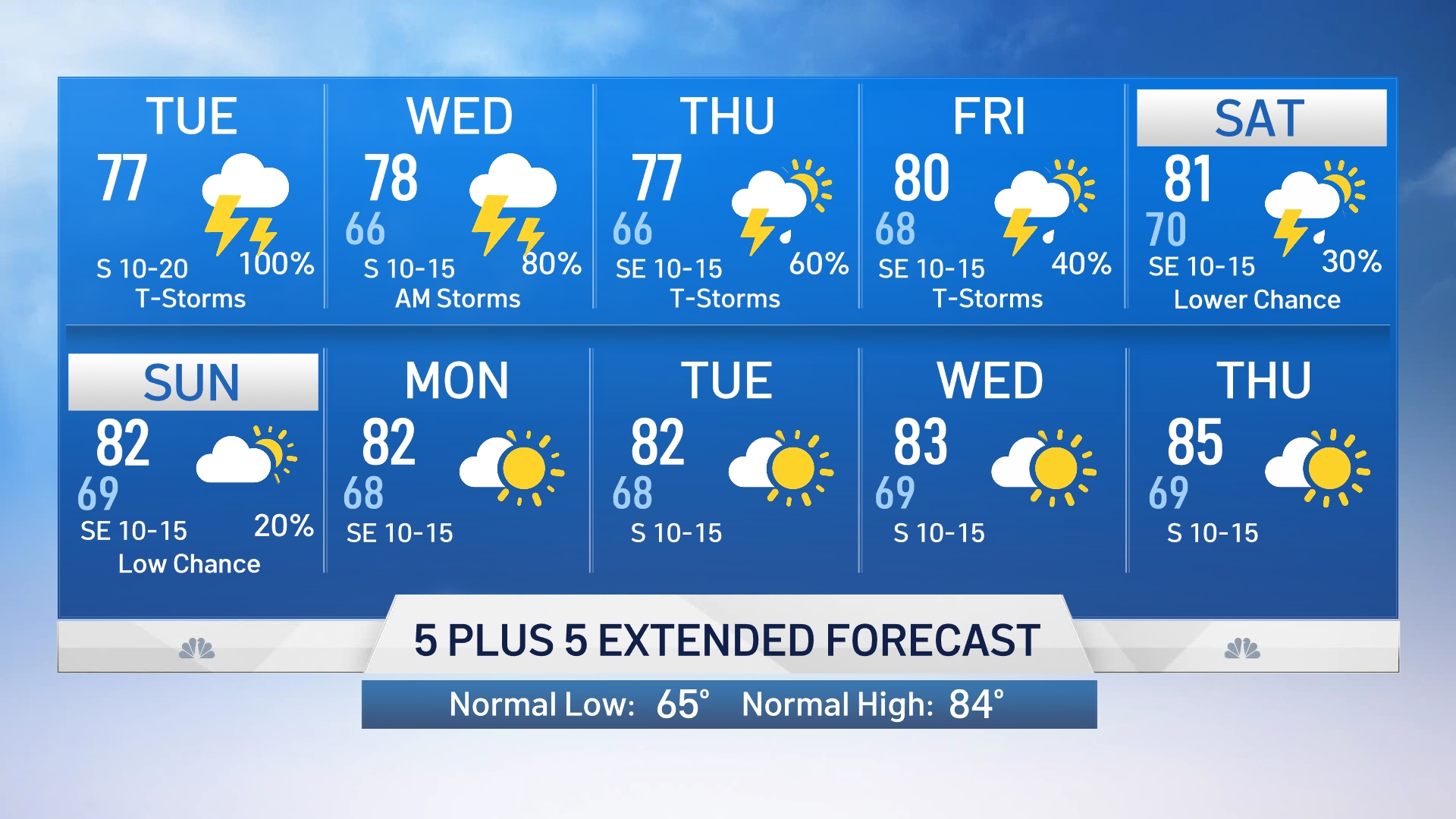 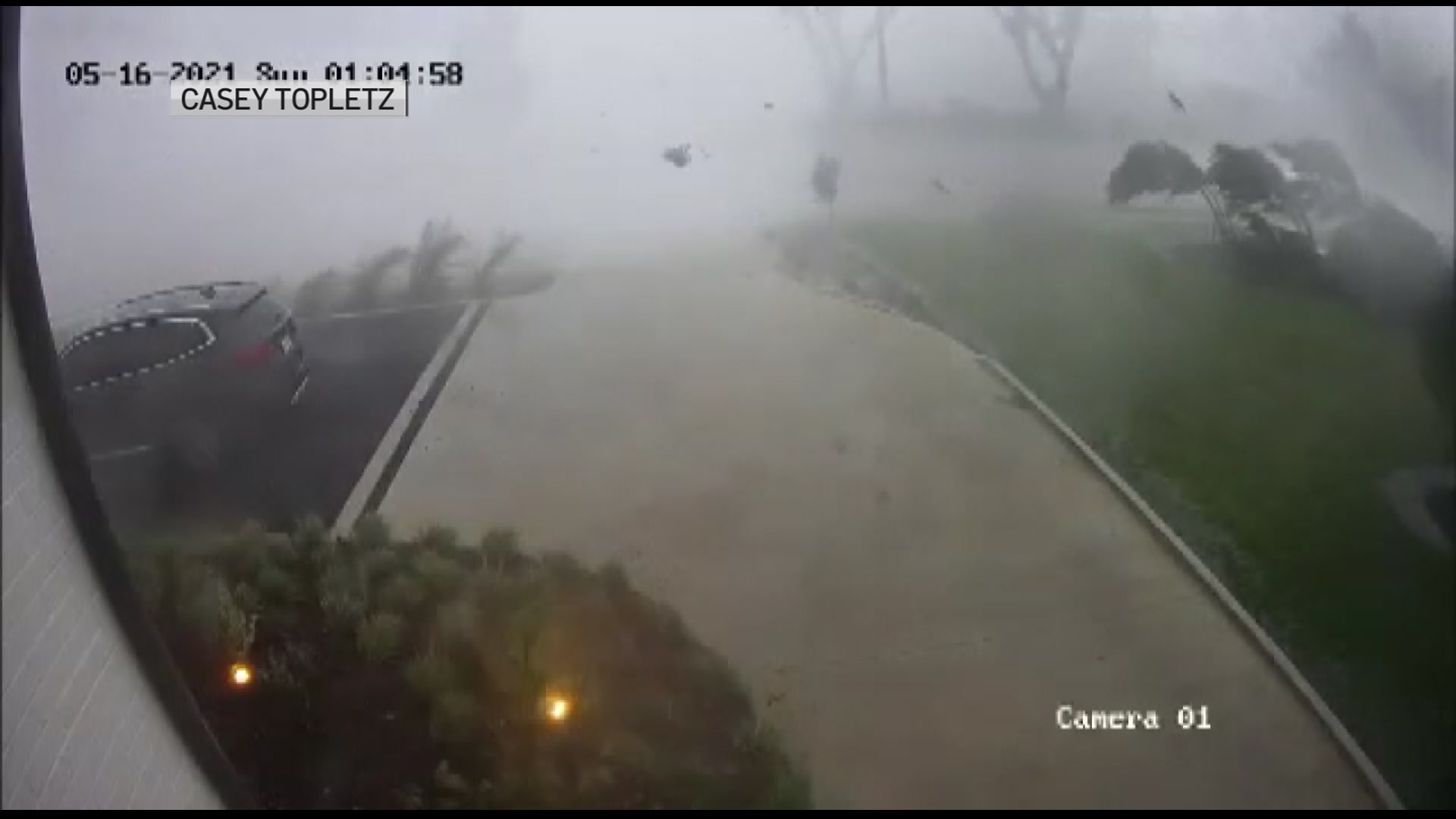 While flooding will be the primary concern over the next 24 hours, hail and damaging winds will also be possible with storms that manage to become severe.

The timing for severe weather is generally late Tuesday, primarily Tuesday evening and into the overnight hours.

The energy driving out of West Texas will help initiate a line of strong to severe storms Tuesday night in North Texas. The tornado threat appears low, but not zero.

Wednesday will likely begin with leftover showers and thunderstorms in the morning. Another round or two of storms is possible Thursday and Friday as well.

Rain chances appear lower this weekend, but we still cannot rule out a couple of hit-and-miss storms. Next week, the models are hinting at a shift in the jet stream which will bring dry weather back to North Texas.

Over the weekend the National Weather Service issued a Flash Flood Watch that will remain in effect until Wednesday morning for much of the area and a River Flood Warning has also been issued for several North Texas counties.

Flooding may occur in urban and poor drainage areas. Heavy rainfall may also cause flooding of creeks, streams, and rivers. 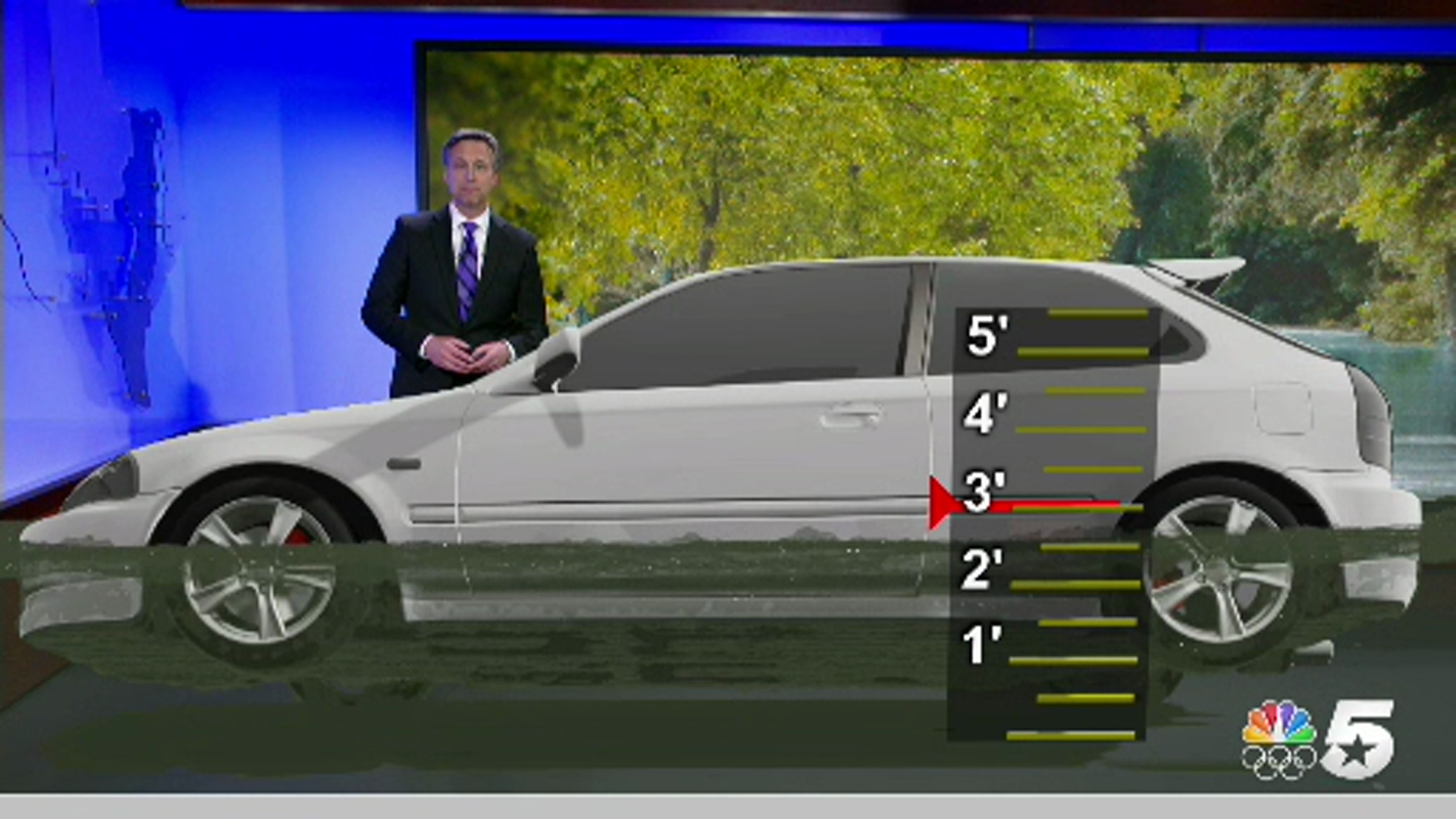 Dangers of Driving Through High Water During Flash Flooding 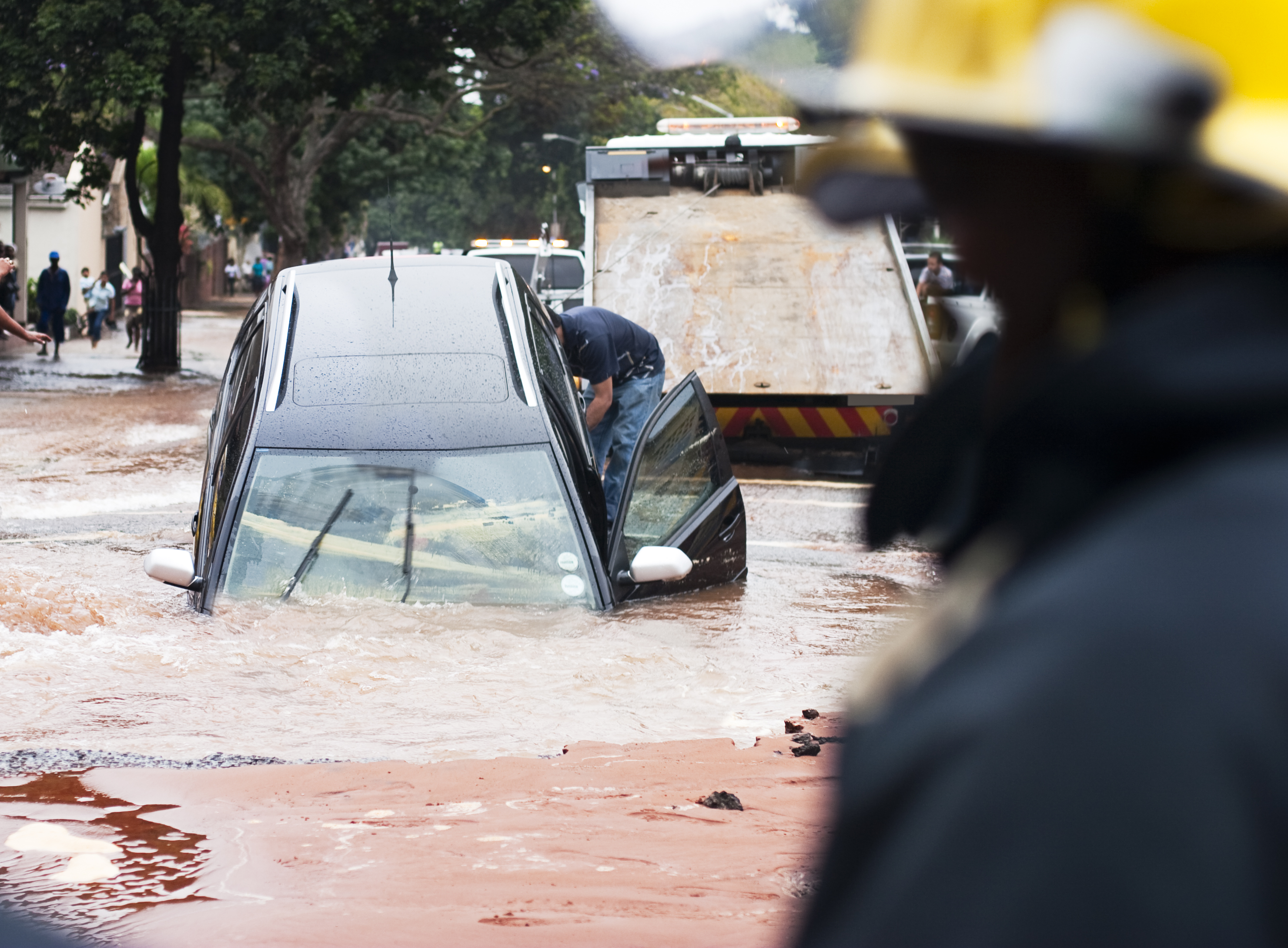 Be sure to stay weather aware and have multiple ways to receive warnings.