TCU faces a big challenge on Saturday in order to stay in the Big 12 title picture as they hit the road for Morgantown to square off against No. 12 West Virginia. They will also have to deal with one of the more underrated quarterbacks in the conference, who happened to have played high school football in Fort Worth.

The Brewer High product torched the Red Raiders defense last week for 318 yards and a touchdown as West Virginia continues to stay within striking distance of both Oklahoma and Baylor in the Big 12 title race. The Moutaineers are 2-0 in conference play (5-0 overall) going into the weekend, just a game behind the Sooners and Bears.

Howard has thrown for 1,500 yards and eight touchdowns in five games this season, following a 2015 campaign that saw him go for 3,145 yards passing and 26 touchdowns, including a bowl-record 532 yards and five touchdowns in a wild 43-42 win over Arizona State in the Cactus Bowl. But the aerial attack isn’t the only weapon in Howard’s arsenal, he also has three touchdowns on the ground for the Mountaineers.

However, Morgantown wasn’t the original destination, Stephen F. Austin in Nacogdoches was. Howard earned a spot on the team as a walk-on in 2013. Questions remained on whether he could play quarterback at the college level, mainly due his height. Howard is officially listed at 6-feet tall. He was moved around at different positions, from fullback to wide receiver to running back.

But Howard wanted to prove that his height wasn’t an issue playing the quarterback position, so he left in the spring and enrolled at Riverside City College in California. Howard helped lead Riverside to a 10-2 record, the National Division Central Conference Championship and an appearance in the California State Championship game. He finished the season with 3,151 yards passing and 33 touchdowns. Soon afterwards, Howard arrived at West Virginia with a chance to be a Division I quarterback.

He played in four games in 2014, starting two. His best performance came in a highly-emotional Liberty Bowl against Texas A&M, one that saw an Aggies graduate assistant coach hit two West Virginia players (he was later dismissed from the team). Howard threw for 346 yards and three touchdowns and had a little fun at the Aggies expense by doing Johnny Manziel’s signature “cashing out” gesture after one of those touchdown passes. 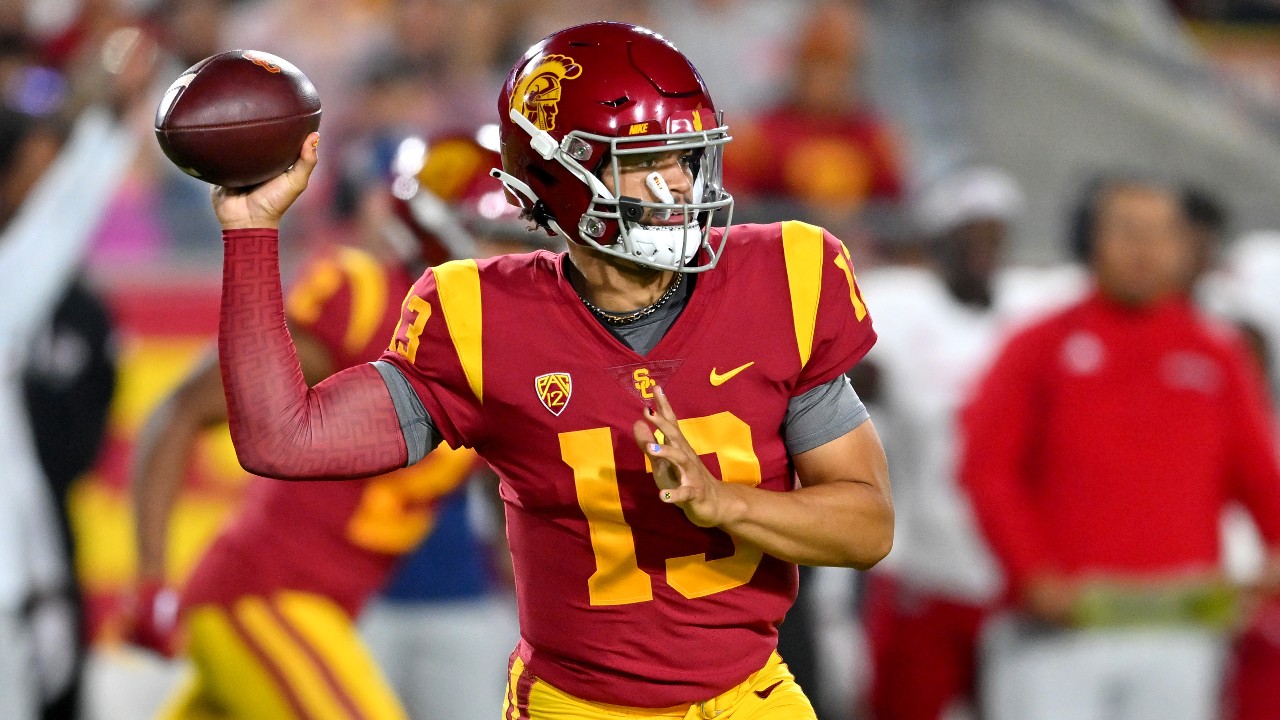 The schedule is set up nicely for West Virginia, with home games against both Oklahoma and Baylor later in the season. Plus, the Mountaineers defense is the real deal. But it could be Howard who provides the boost that West Virginia needs to win the Big 12 and insert themselves into the College Football Playoffs conversation.

Kick-off between TCU and West Virginia is 2:30 p.m. Saturday at Milan Puskar Stadium in Morgantown, WV.