At Least It Was a Classic Series

The greatest World Series game ever, or one of the greatest?

Fans were debating the head-scratching decisions, amateurish mix-ups and mighty clutch performances of Game 6 on Friday, eagerly rehashing a series of performances unmatched in the championship's 108-year history.

The St. Louis Cardinals were one strike from elimination not once but twice, rallying to beat the Texas Rangers 10-9 on David Freese's home run in the 11th inning Thursday night and force the World Series to a Game 7 for the first time since 2002. 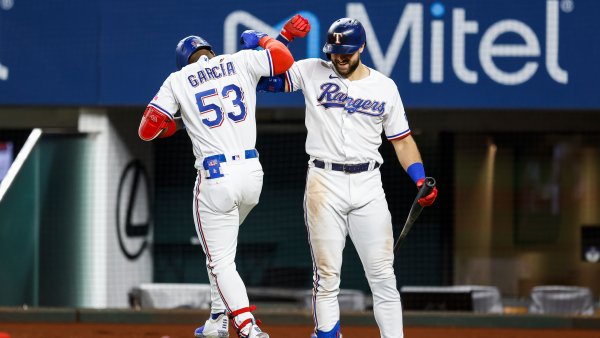 St. Louis went on to take the title with a 6-2 victory Friday night.

Where it ranks is a question of personal preference. But certainly it's part of a group that includes extra-inning finales in 1912 and 1924, Don Larsen's perfect game in 1956, Bill Mazeroski's Series-ending home run in Game 7 in 1960, Carlton Fisk's 12th-inning home run that won Game 6 in 1975, the Don Denkinger game in 1985, the Bill Buckner error that ended Game 6 in 1986, hobbling Kirk Gibson's home run in the 1988 opener, the Jack Morris 10-inning shutout in Game 7 in 1991 and Luis Gonzalez's winning single off Mariano Rivera in Game 7 in 2001.

The World Series that many thought wouldn't be worth watching turned into a classic.

"It's very, very high up there," broadcaster Bob Costas said. "There are other all-time great games that have been played well from top to bottom. Part of what made this compelling is the gaffes, followed by heroics -- by the same guys. There were debatable decisions by both sides, so many twists and turns. The word 'unbelievable' is constantly used in sports. This game actually beat the adjective 'unbelievable."'

Perhaps it's easier to rank this among only games at the same stage of the Series.

"I think among Game 6s, I might take this one," Thorn said. "For excitement, I would say the closest to this would be Game 7 in 1960, where you had lead reversals, horrible blunders, sloppy play, wretched pitching in spots and great heroics capped by the walk-off homer."

Before Thursday night, a team had been one out from elimination and come back to win just twice in Series history. Then, improbably, it happened in both the ninth and 10th innings.

"Good pitching? No. Good baseball? No," Hall of Famer Reggie Jackson said. "But there were so many goods -- leadership, character, never-say-die attitude. It certainly was a thriller."

Almost forgotten were the bumbles and stumbles earlier in the night, when the teams comically combined for five errors that led to four unearned runs. The Cardinals dropped a fly ball and a popup.

"In terms of a team failing, repeatedly and profoundly, on the elemental challenges -- and then prevailing? I've never seen a team overcome itself like that," said baseball historian Keith Olbermann of Current TV. "In that sense it's the greatest 'comeback' in a potentially decisive game."

The 623rd World Series game truly was like no other in baseball's championship.

"What happened today, I just think it's -- you had to be here to believe it," Cardinals manager Tony La Russa said.

One day, there ought to be a movie.

Before Freese's triple, the Cardinals had just an 8.7 percent chance of winning, according to the sabermetric Web site Fansgraphs.com. After the hit, St. Louis's percentage increased to 62.4.

"Given the context of the situation, that pitch produced one of the largest changes in championship expectancy in the history of the sport," Fangraphs' Dave Cameron wrote.

"Freese's heroics in both the 9th and 11th innings are historically unmatched," Cameron wrote. "He posted the highest WPA (.969) of any position player in a postseason game in history," he said, referring to the statistic for Win Probability Added.

Ahead 3-2 in the Series and on the verge of the first title in the 51-year history of a franchise that started as the expansion Washington Senators, the Rangers wasted 1-0, 3-2 and 4-3 leads, the latter when Alexi Ogando walked Yadier Molina with the bases loaded in the sixth.

Consecutive homers by Adrian Beltre and Nelson Cruz against Lance Lynn, and Ian Kinsler's RBI single off Octavio Dotel built a 7-4 lead in the seventh. But Allen Craig hit his second homer of the Series in the eighth to cut the gap against Derek Holland.

Then in the ninth, Albert Pujols doubled with one out against Neftali Feliz, Berkman walked on four pitches and Craig took a called third strike. Down 1-2 in the count, Freese tripled, sending a 98 mph fastball over the glove of a leaping Cruz in front of the right-field wall as the record crowd of 47,325 at Busch Stadium cheered wildly.

"I just said, 'Heater,"' Freese recalled of his guess.

He was stranded when Molina flied out.

But quickly, the Rangers went back on top 9-7 when Elvis Andrus singled off Jason Motte with one out in the 10th and Hamilton hit his first home run in 66 postseason at-bats.

"It's about time! That was my first thought. But you've got to finish the game off, and we didn't do that," Hamilton said. "I'm not going to lose any sleep over it. We're just going to do everything we can to prepare. Guys are already talking about it. We're ready for Game 7. Shake it off and come back tomorrow."

Who really believed that it wasn't over at that point?

"I understand it's not over till you get that last out," Texas manager Ron Washington said. "I was just sitting there praying we got that last out."

Singles by Daniel Descalso and Jon Jay off Darren Oliver started the second St. Louis comeback in the bottom half. But when Scott Feldman retired Ryan Theriot on a run-scoring grounder to third for the second out, the Rangers were one out away again.

Pujols was intentionally walked for the fifth time in the Series before Berkman fell behind 1-2, took a ball and then singled to center on a 93 mph cutter from Feldman.

"I didn't quite get it in enough," Feldman said.

Mark Lowe fell behind Freese 3-0, then worked the count full. Lowe threw a changeup and Freese connected for his fifth postseason homer, a long drive that had half a dozen fans jumping from their seats onto the grass in center to grab it before the ball even landed.

"He got it," Lowe said. "Just bad location. It wasn't the wrong pitch at all in my mind."

The only other similar instances were these:

In 1911's Game 5 at the Polo Grounds, the New York Giants trailed the Philadelphia Athletics 3-1 in the ninth before Doc Crandall hit an RBI double and scored on Josh Devore's single. Fred Merkle -- of Merkle's Boner fame in 1908 -- won it with a sacrifice fly in the 10th, but the A's won the title the next day with a 13-2 win at Shibe Park.

Then in Game 6 in 1986 at Shea Stadium, the Mets trailed Boston 5-3 in the 10th inning and had two outs and none on before rallying on Ray Knight's RBI single, Bob Stanley's run-scoring wild pitch and Mookie Wilson's bouncer to first that went through Buckner's legs for a game-ending error. The Mets then rallied from a 3-0 deficit in Game 7 to win 8-5.

The only other tying hit with a team one out from elimination was in Game 6 in 1992, when Otis Nixon's ninth-inning single off Toronto's Tom Henke tied it 2-all. The Blue Jays went on to win 4-3 in 11 innings.

In more than a half-century as a player and broadcaster, Fox's Tim McCarver has seen some stirring performances. He puts Thursday's along the twin Yankees comebacks of 2001 -- when Tino Martinez and Scott Brosius hit two-run, ninth-inning homers that tied Games 4 and 5, and New York went on to win both in extra innings. He also mentions the Morris and Gonzalez games.

"Last night's game is right there," he said. "You don't even have to be a baseball fan to get involved with the passions and feelings of last night's game."