While US Is Poised to Restrict Abortion, Other Nations Ease Access

It's not yet clear what impact there will be outside the U.S. from the leaked draft opinion suggesting the U.S. Supreme Court could overturn Roe v. Wade

By Astrid SuÁrez and Christopher Sherman • Published May 3, 2022

As women in the United States find themselves on the verge of possibly losing the constitutional right to abortion, courts in many other parts of the world have been moving in the opposite direction.

That includes in a number of traditionally conservative societies — such as recently in Colombia, where the Constitutional Court in February legalized the procedure until the 24th week of pregnancy, part of a broader trend seen in parts of heavily Catholic Latin America.

It's not yet clear what impact there will be outside the United States from the leaked draft opinion suggesting the U.S. Supreme Court could overturn the landmark 1973 Roe v. Wade decision.

But for women's activists who for years have led grinding campaigns demanding open access to abortion, often looking to the United States as a model, it's a discouraging sign and a reminder that hard-won gains can be impermanent. 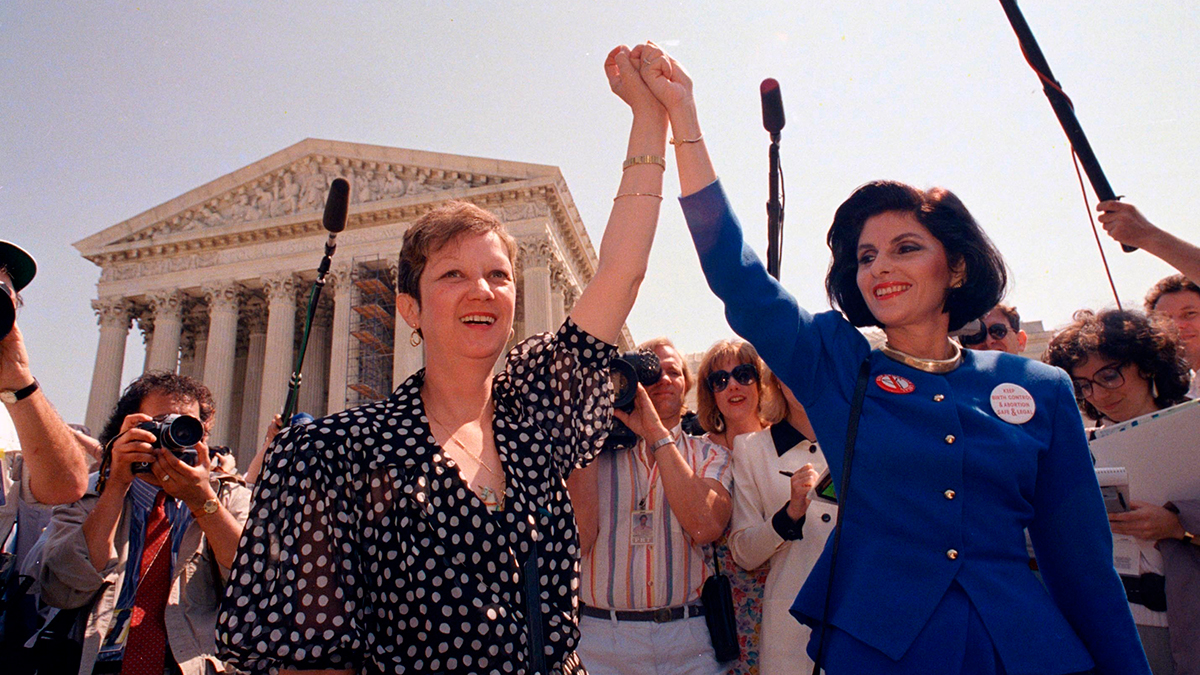 “It is an awful precedent for the coming years for the region and the world,” said Colombian Catalina Martínez Coral, Latin America and Caribbean director for the New York-based Center for Reproductive Rights, which was among the groups that litigated the abortion case in Colombia’s high court.

The February ruling there established a broad right for women to have abortions within the 24-week period, whereas previously they could do so only in specific cases such as if a fetus presented malformations or a pregnancy resulted from rape. Abortion is still allowed after that period under those special circumstances.

The decision fell short of advocates' hopes for a complete decriminalization, but Martínez Coral said it still left Colombia with the “most progressive legal framework in Latin America.”

Similarly, Mexico's Supreme Court held last year that it was unconstitutional to punish abortion. As the country’s highest court, its ruling bars all jurisdictions from charging a woman with a crime for terminating a pregnancy.

Statutes outlawing abortion are still on the books in most of Mexico's 32 states, however, and nongovernmental organizations that have long pushed for decriminalization are pressing state legislatures to reform them. Abortion was already readily available in Mexico City and some states.

To the south in Argentina, lawmakers in late 2020 passed a bill legalizing abortion until the 14th week and after that for circumstances similar to those described in the Colombia ruling.

It's also widely available in Cuba and Uruguay.

But expansion of abortion access has not extended to all of Latin America, with many countries restricting it to certain circumstances — such as Brazil, the region's most populous nation, where it's permissible only in cases of rape, risk to the woman's life and certified cases of the birth defect anencephaly. Former President Luiz Inácio Lula da Silva, who is seeking a new term in October, recently said he sees legalizing abortion as a public health issue, eliciting criticism in a country where few approve of the procedure.

Abortion rights protests broke out across the U.S. after a Supreme Court draft opinion was leaked on Monday night which suggests Roe v. Wade could be overturned.

Other places have total bans with no exceptions, such as Honduras, Nicaragua and El Salvador. Courts in the latter have given women long prison sentences for aggravated homicide even in cases where prosecutors suspect a miscarriage was actually an abortion.

Many African nations also maintain complete bans, but in October 2021, Benin legalized abortion in most circumstances up to 12 weeks. Previously it was permitted in cases of rape or incest; risk to the woman's life; or severe fetal malformation.

Most European countries have legalized abortion, including predominantly Catholic ones. Ireland did so in 2018, followed by tiny San Marino in a voter referendum last fall. It remains illegal in Andorra, Malta and Vatican City, while Poland last year tightened its abortion laws.

It's also been widely available in Israel since 1978 and relatively uncontroversial, allowed by law before the 24th week with the approval of hospital “termination committees” that consist of medical professionals including at least one woman.

A leaked document obtained by Politico showing a draft Supreme Court opinion suggests that the landmark abortion rights decision Roe v. Wade will be overturned. The final decision could come later this summer and is expected to lead to abortion bans in more than 20 states across the country.

Laws and interpretations vary across the Muslim world.

Abortion has been legal up to 12 weeks in Tunisia for decades, but in Iran it's been forbidden since the 1979 Islamic Revolution. Last year the leader of Cairo’s top institution of Islamic clerics, Al-Azhar, said abortion is not the solution even in cases where a child is likely to be seriously ill or disabled.

When the U.S. Supreme Court's final decision is handed down, expected in late June or early July, the world will be watching.

“While moves to decriminalize and legalize abortion in places like Argentina, Ireland, Mexico and Colombia in the last few years have been a huge win for the global community,” Agnes Callamard, secretary-general of the human rights group Amnesty International, said in a statement, “there are grim signs that the United States is out of step with the progress that the rest of the world is making in protecting sexual and reproductive rights.”

States and the Department of Justice are waging court battles over the right to abortion that the Supreme Court outlined in Roe v. Wade. But in 1992, Planned Parenthood v. Casey, a key case that was less widely known, paved the way for some abortion restrictions - as long as they didn't meet the definition of an "undue burden." With help from Florida State law professor Mary Ziegler, we break it down in this LXplanation.
Copyright AP - Associated Press