Texas Republicans advanced bills Sunday that opponents say would make voting harder in a state that already has some of the nation's toughest restrictions after hundreds spoke against the proposals -- with some waiting to speak for almost 24 hours.

Republicans made clear they intended to advance a new election bill -- which would prohibit 24-hour polling places, ban drop boxes and stop drive-thru voting -- this weekend, with a first major vote on the proposals expected this week. That timeline is pushing some Democratic lawmakers toward calling for a second walkout to again stop the restrictions from moving forward like they did in May when they broke quorum.

Before anything like another walkout could happen, some North Texans joined the hundreds who waited in Austin.

"It was very important for me to have my voice heard, to see elected officials and let legislators know that there's someone out there concerned with what they're doing," said Mackenzie Jenkins, a member of the Collin County chapter of the NAACP. "Twenty-four-hour voting is essential, not everyone has the opportunity to come straight off of work, there's child care, getting meals ready, if you are someone who works in the health care field, those hours are not always consistent."

"Everybody wants voting to be fair and to be just and for laws not to be broken and I think there's common ground there," Collin County NAACP President June Jenkins said. "but I think it can be done without having to put all of these restrictions that they're trying to propose."

Texas is among several states with GOP-controlled statehouses where Republicans have rushed to enact strict voting laws in response to former President Donald Trump's false claims that the 2020 election was stolen from him.

"The bill is about making it easier to vote and hard to cheat," State Sen. Bryan Hughes (R-Mineola) said in video on Twitter after the bill passed the Senate committee 6-3 down party lines. Hughes authored SB1.

A second walkout by Texas Democrats -- which some are describing as their best, if not only option -- would mark a high-stakes escalation of their efforts to deny Republicans a major priority, and in turn, put more pressure on President Joe Biden to act on voting at the federal level.

Beto O'Rourke, the Democratic former Texas congressman who is considering challenging Republican Gov. Greg Abbott in 2022, said he has already offered help, saying he was ready to raise money "literally to feed and house the legislators" if they go that route.

"Should we stick around? Hell no. For what?" Democratic state Rep. Jarvis Johnson said. "There's nothing being done in earnest. There's nothing be done with the utmost respect for one another."

Hundreds of people waited to testify before Texas House and Senate committees about a bill Republicans say is meant to secure elections, while Democrats say it will suppress votes.

For weeks, Democratic leaders in the Texas House have said they are not ruling out another revolt, but have also expressed hope of weakening the bill during the 30-day special session. Johnson, however, believes a large number of his colleagues are ready to deny Republicans a quorum for a second time, though most continue speaking cautiously.

Another walkout may merely buy more time: Abbott could keep calling more 30-day special sessions until voting measures are passed. Paychecks for nearly 2,000 Capitol staffers could also be on the line, because Abbott vetoed funding for the legislative branch following Democrats' late-night walkout. He has signaled he will restore that funding this summer -- if lawmakers are around to put a bill on his desk.

Harris County Judge Lina Hidalgo, the elected head of the governing body for the county where Houston is located, said Abbott was "extorting" lawmakers to get the legislation passed. Hidalgo said she was would support Democratic legislators breaking quorum again to block the bill's passage.

"It is very important to me to recognize voting rights should be above politics," Hidalgo said. "We can do that with all manner of issues, but not voting, not democracy." 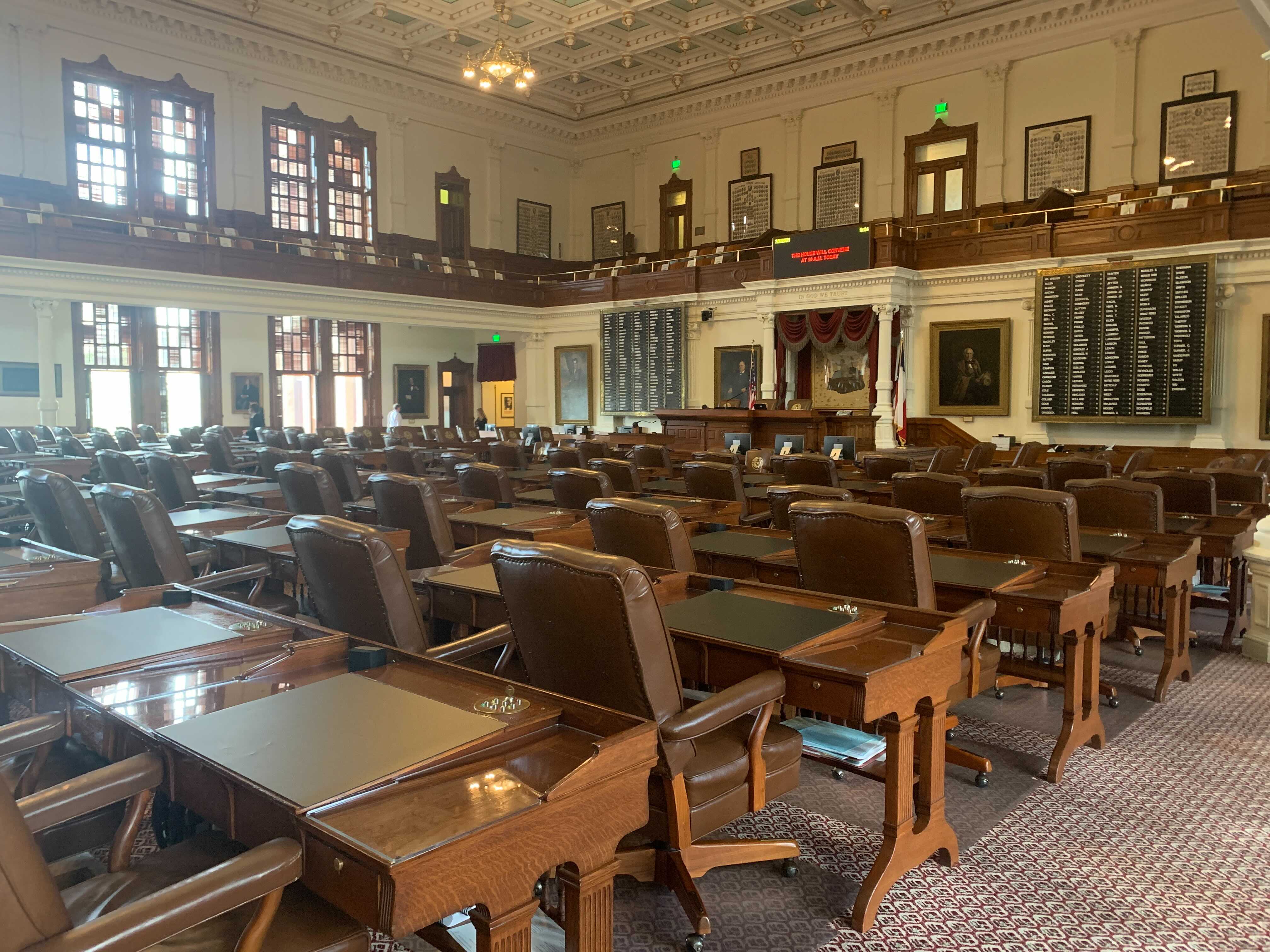 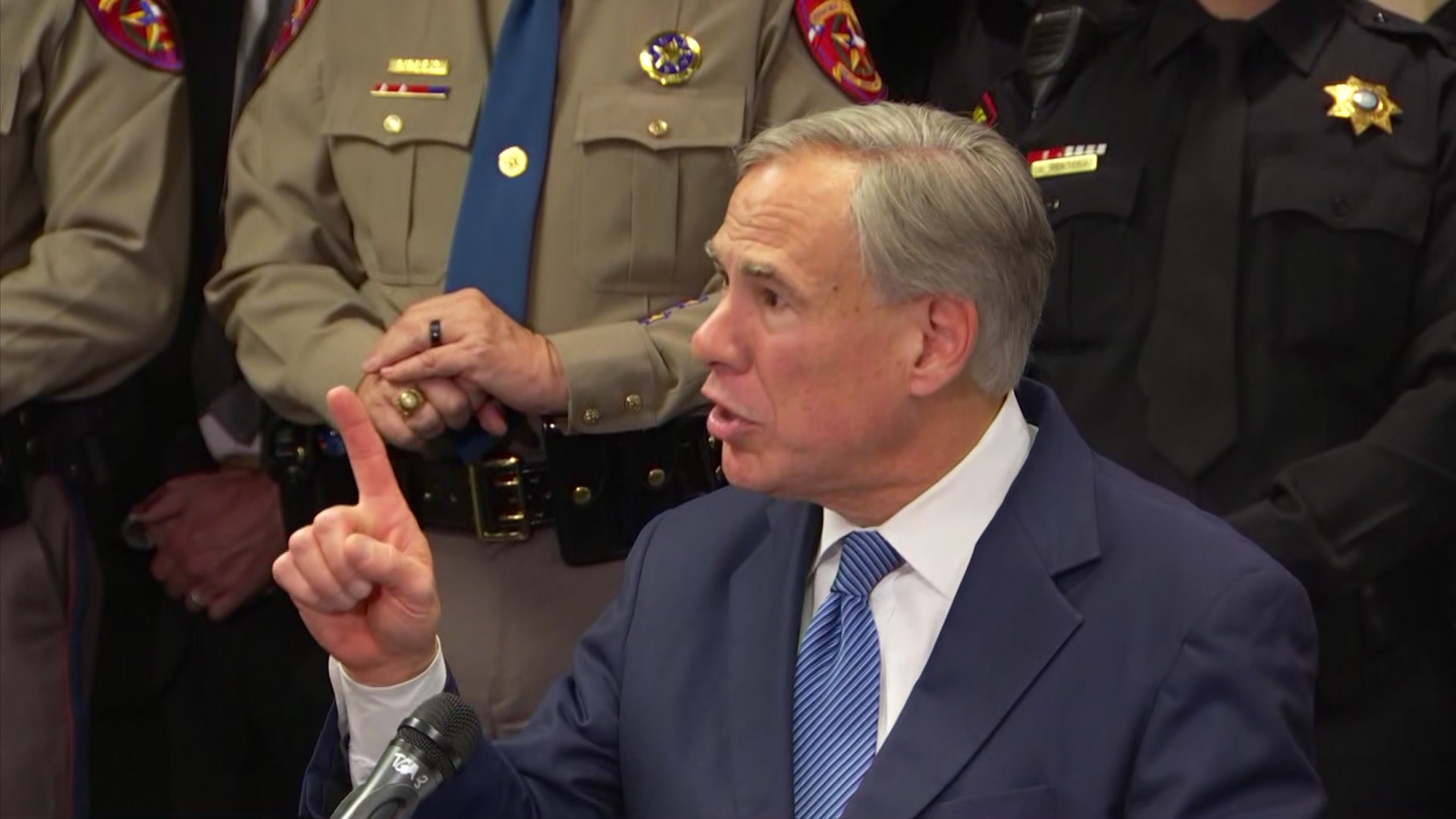 Nacole Tate, who volunteers with the Collin County NAACP chapter, said she woke up at 4 a.m. Saturday to drive to Austin to testify against the proposed voting restrictions.

Tate said that meant missing her grand niece's birthday party, but that it was worth the sacrifice. Some of the provisions, if they become law, would affect senior citizens, like herself, and others who receive help at the polls due to proposed penalties for voting volunteers who make a mistake.

"It is a suppression of our constitutional rights," Tate said.

The last time Texas Democrats left the state to deny a quorum was 2003, when they decamped to Oklahoma and New Mexico to try to block new GOP-drawn voting maps. They were gone more a month, but ultimately, Republicans passed a new redistricting plan.

The versions of the revived voting changes passed Sunday by a House panel -- at 7:30 a.m., almost 24 hours after debate began -- and by a Senate committee later that afternoon no longer include two of the most contentious provisions: prohibiting Sunday morning voting, when many Black churchgoers go to the polls, and language that would have made it easier for a judge to overturn elections.

Hundreds of opponents packed overflow rooms at the Capitol and waited for hours to testify. It was the biggest turnout against a bill this year in Texas, where COVID-19 concerns have dampened crowds.