Democrats are starting to shift their focus on the 2022 midterm elections, especially as many things are up against the Republicans' opposition

Staring at midterm elections that could cost them control of Congress, Democrats are trying to sculpt a 2022 legislative agenda that would generate achievements and reassure voters that they’re addressing pocketbook problems and can govern competently.

”People want to see government work and expect us to help move things forward,” said Rep. Suzan DelBene, D-Wash., chair of the New Democrat Coalition, a House centrist group. She said voters will assess Democrats’ agenda for “the impact it has on their communities, on their families. That’s going to be what people think about when they vote in November.”

To achieve that, Democrats are looking to claim election-year wins in a Congress they steer with almost no votes to spare, often against solid Republican opposition. They're also debating the value of crafting other popular bills and essentially daring GOP lawmakers to defeat them, producing fodder for campaign ads but reminding constituents of Democrats' 2021 failures.

Ready or not, it's already time to talk about the next election - politicians are setting the stage for 2022 midterms and Florida Gov. Ron DeSantis could even have 2024 presidential aspirations. But other Republicans like Wyoming Rep Liz Cheney are calling for a Donald Trump free future of the party. NBCLX Political Editor Noah Pransky explains.

Other Pelosi priorities include benefits for veterans who served near toxic burn pits in Iraq and Afghanistan that could cost hundreds of billions of dollars, a measure addressing the computer chip shortage and other competitiveness issues, and a bill combating Russia’s threatened invasion of Ukraine with sanctions and other steps.

An early focus will be a $1.5 trillion bill financing government through September and perhaps providing further aid to cope with omicron, the highly contagious COVID-19 variant. Agency budgets run out Feb. 18 and bipartisan cooperation will be needed for a deal.

But revisiting the social and environment measure — which initially contained popular programs to restrain prescription drug prices, send monthly checks to families with children and curb global warming — is seen as a political imperative by many Democrats.

"We have to put everything to the metal for the next six weeks” to rewrite and pass that bill, said Rep. Pramila Jayapal, D-Wash., who leads the Congressional Progressive Caucus. She said Biden should issue executive orders easing pharmaceutical prices and student debt, and House Democrats should send popular bills to the Senate, where Republican-inflicted defeats would let “people understand that Democrats are fighting on these particular issues.”

Party leaders expect to renew talks on the social and environmental bill soon and hope to have a deal, or be near one, by Biden’s March 1 State of the Union address. Biden has predicted “big chunks” of the original bill will be enacted, including money for free pre-Kindergarten and over $500 billion for climate change efforts.

After months of talks pitting progressives against moderates, Democrats had squeezed a compromise social and environment bill through the House in November over GOP opposition. But in a 50-50 Senate where Democrats can afford no defectors, Manchin shot it down in December, arguing it was too costly.

Lawmakers have already begun positioning over the renewed effort, underscoring how long and difficult such bargaining may be.

Manchin said rather than resuming where negotiations left off, “We just start with a clean sheet of paper and start over.” No. 3 House Democratic leader James Clyburn of South Carolina wants the package to keep its aid for affordable housing. And three Northeastern Democrats want retention of federal tax breaks for people from places, like theirs, with high state and local levies.

Crafting an agenda that produces legislative success, not just setups for failure to expose Republican intransigence, could be crucial for Democratsin a year with political headwinds blowing against them. In a poll released Thursday by The Associated Press-NORC Center for Public Affairs Research, Biden hit a low for his year-old presidency with more people disapproving than approving of his job performance, 56% to 43%.

“Democracy seems under attack on every front; the Democratic trifecta can’t get things across the finish line,” Adam Green, cofounder of the Progressive Change Campaign Committee, said of Democratic control of the White House, Senate and House. He said that's put many on the left “in a funk.”

And while the economy, job creation and the stock market have been strong and COVID-19 vaccines widely available, concerns are widespread over inflation, the persistent pandemic and Russia's threat to Ukraine. All this in a year of midterm elections, when lower turnout puts a premium on voting by each party's most ideological loyalists. 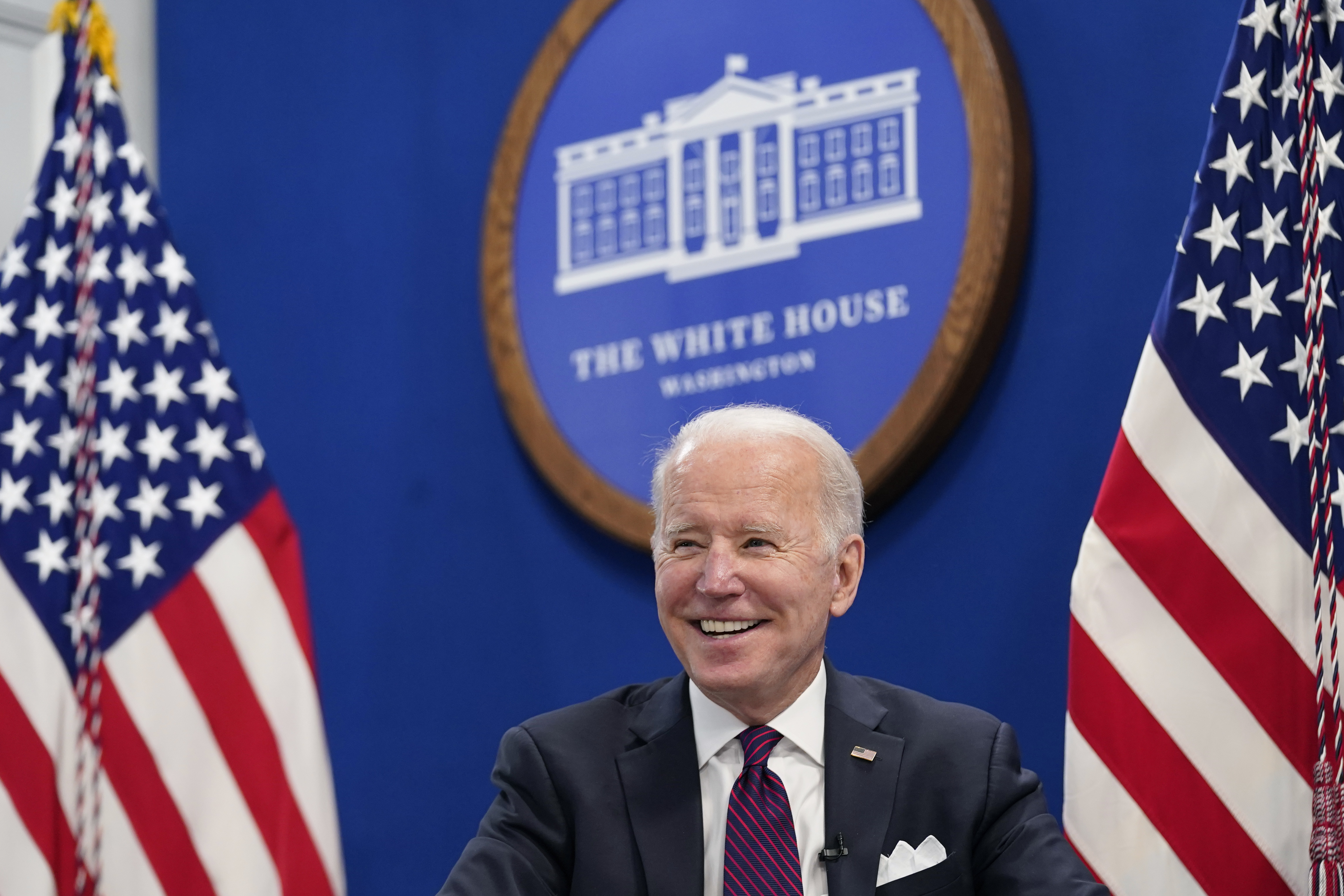 History bodes ill for Democrats. The party holding the White House has lost House seats in 17 of the 19 midterm elections since World War II, averaging 28 losses per election. Republicans would grab House control in November by gaining five seats.

This puts a premium on honing a forward-looking legislative agenda. “I’m not going to spend all my time talking about what didn’t happen because we've got three more years" of Biden's presidency, said Clyburn. “His term does not end tomorrow.”

In one microcosm of Democrats' differences, Manchin has shown little enthusiasm for extending the enhanced child tax credit and its monthly checks for recipients, dampening its prospects and prompting Biden to express doubts about its survival. But the credit is a top priority for many, and Schumer and others have promised to try retaining it.

“This tax cut for families is just something we should go right back to," said Rep. Tim Ryan, D-Ohio, who is running for Senate and says Democrats communicated their working-class priorities poorly last year. “If we do these things, boom, boom, boom, boom, we can start reclaiming the narrative."

House Budget Committee Chairman John Yarmuth, D-Ky., said Democrats would benefit politically by rescuing the child tax credit because it's one of the few components of the social and economic bill voters would feel before November. The IRS could quickly resume the now-expired monthly checks.

Others say it's time to recalibrate.

“When there’s no path forward, then you work on other things that will have very strong impact,” said Democratic Rep. Susan Wild, who represents a competitive Pennsylvania district. She said Democrats should compromise with Manchin and put omitted initiatives into separate bills, such as capping insulin costs at $35 monthly.

“If we can’t get that pushed through on a bipartisan basis, then something is truly wrong with our colleagues across the aisle," Wild said.