North Texas did not get one of the state's two new seats.

“Today's maps, I think show that Republicans are trying to hang on to what they have to an extent,” said Michael Li, senior counsel for the Brennen Center for Justice, a nonpartisan law and policy institute.

Texas was the big winner in the 2020 Census, as torrid growth fueled by nearly 2 million new Hispanic residents made it the only state awarded two additional congressional seats, bringing its total to 38. 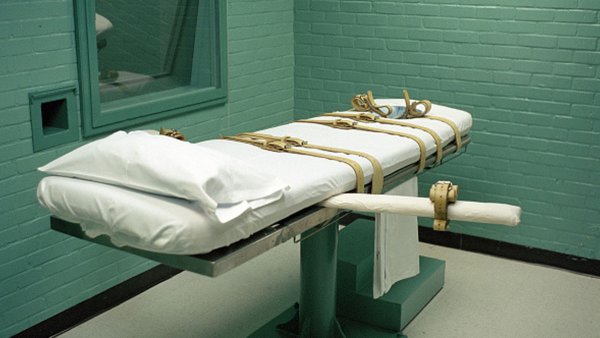 Those demographic shifts threaten decades of Republican control in Texas, but in taking up the once-in-a-decade process of drawing new voting maps, GOP mapmakers' first draft largely appears to firewall their existing seats and advantage rather than take additional seats from Democrats. One exception is along the Texas-Mexico border, where -- encouraged by former President Donald Trump's strong showing in 2020 -- Republicans could make it harder for Democrats to hang onto a longtime stronghold currently held by Rep. Vicente Gonzalez (D-McAllen).

The Texas legislature is in session to address redistricting. Michael Li of the Brennan Center for Justice explains how the process works and how those in control will likely attempt to draw new maps.

Latino advocates and officeholders believed the numbers demanded at least one new Latino-majority congressional seat in Texas, around the Dallas area, but none was included in the Republicans' first pass. There are boundary changes for North Texas districts.

Under this map, Rep. Jake Ellzey (R-Waxahachie) would add a piece of Dallas County. Districts for Rep. Colin Allred (D-Dallas) and Rep. Marc Veasey (D-Fort Worth) would remain in areas where voters have a history of supporting Democrats.

There is a big change for Rep. Beth Van Duyne (R-Irving). In a district she narrowly won a year ago, she picks up an area to the west, which would put her in a district that former President Trump won in 2020.

"I love my current district and the people and values we hold dear. I had hoped to keep my district intact, but changes in population make that very difficult. That being said, in the current map, over 80% of my district will stay the same, one of the highest retention rates of all Texas Members of Congress," Granger said in a written statement. "There is a long way to go in the process, and I will work to maintain a strong community of interest built on the foundation of national defense, education, and small business.”

Granger's district is emblematic of the way many North Texas House members' districts were treated.

Booming suburban districts in Texas, which include four of the 10 fastest-growing and rapidly diversifying cities in the U.S., would be fortified with more voters pulled from surrounding rural areas.

Republicans currently have 23 House seats in Texas, while Democrats have 13.

The maps are the product of Texas Republicans wielding a newly freer hand to reengineer political boundaries: For the first time in more than 50 years, Texas is starting the redistricting process without federal oversight. A Supreme Court ruling in 2013 removed mandatory federal approval of new maps for Texas and all or parts of 15 other states with a history of discrimination in voting.

The redrawn districts unveiled by Republican mapmakers are starting points and will likely undergo changes in the coming weeks before being sent to Republican Gov. Greg Abbott for his signoff.

Republicans in America's biggest red state want to expand their political advantage as their typically commanding victories in Texas have become thinner. Last year, Trump carried Ohio by a wider margin than Texas, and Republicans got a scare in 2018 when Democrats flipped a dozen statehouse seats and Beto O'Rourke nearly ousted Sen. Ted Cruz.

But Republicans held their ground in Texas in 2020, emboldening them to mount an aggressive agenda of hot-button conservative policymaking, and gains along the predominately Hispanic southern border have spurred the GOP into trying to expand their reach.

In every decade since the passage of the Voting Rights Act in 1965, courts or the Department of Justice have ruled that Texas' redistricting plans violated federal laws -- partly by scattering Democratic-leaning Latino voters among multiple districts dominated by non-Latino white residents who lean Republican.