Police are cracking down on homeless camps in Fort Worth after neighbors voiced their concerns.

“Several of the [neighborhood police officers] along with the Eastside Bike Unit and the Property Crimes Unit met together for a planned detail where they went out and found the illegal campers and issued everyone a criminal trespass warning,” Fort Worth police officer Tamara Valle said. “There were quite a few arrests that were made from prior criminal trespass warnings and from a few outstanding warrants."

Police said their efforts were aided by Thomas Hamilton and his documentation of homeless camps in the city. 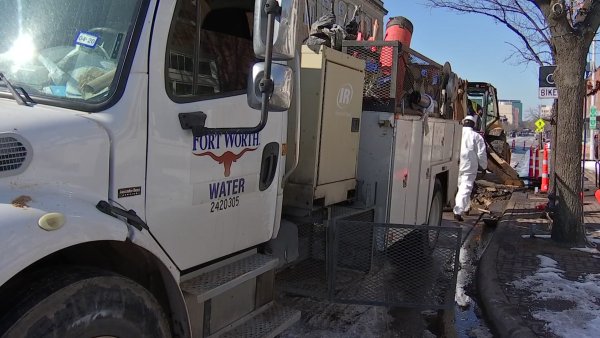 “He did a great job," Valle said. "We know that they are there, but we don’t know the extent sometimes of exactly what the problem is. He was able to come out with actual maps and actual details of where we were going to find these people.”

Hamilton has lived in the Meadowbrook area of Fort Worth for two years and has documented about 18 camps in his community.

“People just going out to enjoy their neighborhood will go into a wrong area, so to speak, and not be aware of the dangers that lie there,” he said. “Heaven forbid some kids go off to the creek to play and something bad happens.”

Hamilton and several of his neighbors were extremely concerned about litter left around the camps.

“[It is] a biohazard. There’s used needles, condoms, they are urinating [and] defecating in our creeks,” Hamilton said. “It’s not safe for someone to take their kids to experience nature at the creek.”

Valle said those who were issued criminal trespassing warnings have about a week to vacate.

“The illegal campers have always been an issue. They camp out in places where they know they can find a road and go out and ask for some money and go back and get what they need and then go back and camp,” she said.

Police are asking the public to help them find the camps in the future.

“Any resident, any commuter, anyone who is driving on a road who sees some of these camp…either make note, call the non-emergency number or 911 at that moment and just let us know,” Valle said.