Christopher King can't get married, at least not while he's confined to a Texas prison.

The convicted car thief and his fiancee are prevented from tying the knot because of a new state law that bans proxy marriages, which were common among prisoners because they allowed a couple to use a stand-in for the inmate.

But the new law requires both parties to be present during a marriage ceremony, and the Texas prison system doesn't allow ceremonies in its facilities.

The law was meant to stop people from fraudulently marrying an individual and cashing in on their unwitting spouse's benefits. But it also unintentionally affects prison inmates, which may conflict with U.S. Supreme Court rulings decades ago that upheld a prisoner's right to marry. 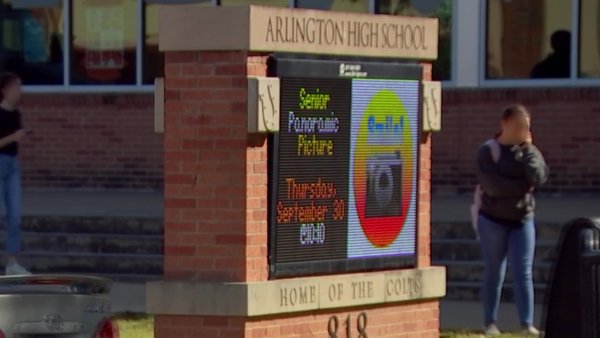 "I don't think (prison officials) should put a hold on someone's love," King, who has spent more than eight years in prison, said from his prison in Beaumont.

Before the law took effect in September, a prisoner could get married by having someone else, a proxy, stand in and exchange vows during a ceremony before a justice of the peace. Now, both parties must attend the ceremony, meaning inmates sentenced to life in prison or death can't marry at all.

Officials with the Texas Department of Criminal Justice say the prison system has no plans to change its rules, deeming such prison ceremonies a security risk. And those who pushed for the new law say a change is unlikely without a legal challenge, which currently doesn't exist.

The U.S. Supreme Court has addressed the question at least twice -- in a Wisconsin case in 1978, and 11 years later in a Missouri prisoner's case -- upholding the right to marry.

"A ban on proxy marriages that completely deprives prisoners of the right to marry is therefore unlikely to survive constitutional scrutiny," said Rebecca Robertson, legal and policy director for the American Civil Liberties Union of Texas.  "Marriage is profoundly important, at the heart of our most personal and intimate relationships. That's why the right to marry has long been recognized as a fundamental right for everyone, even for prisoners."

Until they were outlawed, proxy marriages were a regular occurrence at the Polk County courthouse, which is a few miles from the prison system's Polunsky Unit that houses nearly 3,000 inmates, including almost 300 who are on death row.

County Clerk Schelana Walker recalled seeing dozens of such weddings in recent years, many involving death row inmates whose soon-to-be spouses, armed with an affidavit from their betrothed, would get a marriage license from her office then scurry down the hall to the justice of the peace.

"They would come in a wedding dress, or all dressed up like you would for an actual true ceremony," Walker said.

There was a rush of sorts last summer as inmates hurriedly tied the knot before the law took effect.

Now, prisoners must wait until they are released before getting married -- which means some will never be allowed to marry.

"We didn't realize we were going to open up a can of worms," said Scott Riling, chief of staff for Rep. Trent Ashby, the Lufkin Republican who authored the bill to prohibit proxy marriages.

Riling insisted the law was intended to protect people from marriages performed without their knowledge, not to prevent inmates from getting married.

The impetus for the law came from children of an elderly man who complained to Ashby that an East Texas woman who had been their father's caregiver for several years fraudulently married him by proxy to collect financial benefits. She wound up with a 10-year prison term.

Riling acknowledged the law could put the prison agency's wedding ban on shaky legal ground, though it appears unlikely any reversal will be made without court action.

"We have no immediate plans to change that policy," Texas prison spokesman Jason Clark said. "It is a security concern if you're going to be bringing new individuals into a (prison) facility. And not only that, it's beyond what chaplains do."

Texas appears to be alone among states with the large prison populations in refusing to allow inmates to marry at its prisons. California, whose prison population trails only Texas', allows prison weddings that can be conducted by chaplains of various faiths.

"One could make the argument a closer connection to family helps with rehabilitation," said Bill Sessa, spokesman for the California Department of Corrections and Rehabilitation.

In Texas, King hopes to get married after being released from prison this summer.

"Basically, I'm stuck," said the 31-year-old car thief, who is serving a sentence for auto theft and drug-related convictions. "I want to do it now."