The daughter of the former Dallas City Councilwoman killed in a wrong-way crash Monday has died.

Nunn was riding with her mother, 57-year-old Carolyn Davis, when they were struck in a head-on crash early Monday evening. The former councilwoman was killed in the crash while her daughter was hospitalized in critical condition with a brain injury. 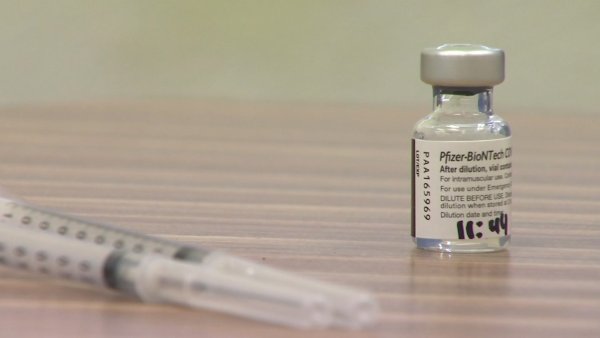 The women's pastor, Jerry Christian, said it saddens him that Davis-Nunn's life was cut so short.

"[She] Never had a chance to fully live and enjoy life and continue to enjoy her family and her church and the things that she loved to do; looking out for animals and taking care of animals. That’s what she loved to do. That’s where she got her peace," he said.

The driver of the vehicle that hit the women was identified by police as 36-year-old Jonathan Moore, a man with a long criminal history with repeated DWI arrests going back nearly 15 years.

Moore, who was hospitalized with injuries that are not life threatening, was booked into the Dallas County Jail on three charges Wednesday: intoxication manslaughter, intoxication assault causing vegetative state and driving with a suspended license.

With Nunn's passing, Dallas police said the intoxication assault charge will be changed to a second charge of intoxication manslaughter.

In an arrest warrant affidavit released Wednesday, police said Moore told them after the crash that he'd taken Xanax. While at the hospital, police overheard Moore joking with a nurse that he was there for a "penile enhancement procedure." He also told police that at the time of the crash he was riding with a young man he didn't know and his Aunt Dorothy, though no witnesses or EMS personnel every saw anyone else at the scene of the crash.

Dallas police said a breathalyzer performed on Moore at the scene recorded a preliminary BAC level of 0.00. Police said Moore failed six-of-six field sobriety tests, had likely introduced drugs into his system and "did not have the normal use of his mental and physical faculties." A warrant for a blood draw was signed by a judge to determine what was in Moore's system — the results of that test may take several weeks.

A man with a history of DWI convictions is expected to face felony charges in a wrong-way crash that killed former Dallas City Councilwoman Carolyn Davis Monday night and left her daughter critically injured, police say.

Just three days prior to the fatal crash, a breathalyzer device and alcohol monitor were removed from Moore's car and ankle. He'd just completed a 5-year probation for driving while intoxicated in 2013.