A decision by the state legislature last year has many in the North Texas deaf and hard of hearing community concerned about the future of state services they receive. 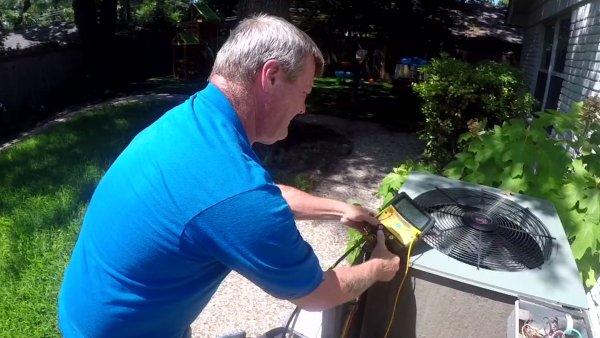 But part of the legislation passed during the session also requires DARS to examine whether the Office of Deaf and Hard of Hearing Services (DHHS) should also be outsourced to CILs, and, if that's decided, what the CILs would need to do to make such a change possible.

It's that part of the bill that has the deaf and hard of hearing community concerned.

"It's essentially going to push us back to when we had to push for our access," said Heather Hughes, executive director of Dallas-based Deaf Action Center.

Hughes said the community is concerned that if DHHS programs and services are moved to CILs that those organizations are not prepared or trained for the deaf and hard hearing community and culture.

Hughes told NBC 5 by phone that there are nuances to working with the deaf community and that this would be a set back.

"We don't want to have more barriers if we're being lumped into another agency," Hughes said. "We've worked for 19 years (with DHHS), we've worked very hard."

Many employees of DHHS are deaf or hard of hearing themselves. Betty Goodridge, with the Texas Association for the Deaf, said they understand the problems deaf people deal with and their access to resources could be impacted.

"Access would mean that a deaf person would be able to communicate with everyone who shares similar experiences and language as themselves, as the person seeking support and resources," Goodridge said.

Goodridge, along with nearly 100 other people, attended an informational meeting on Thursday night aimed at getting feedback about whether to move DHHS programs to CILs, as per the legislation.

There were so many people who showed up at the Botanic Garden in Fort Worth that organizers had to seek out a larger room to hold everyone.

"We are trying to gather the community to represent our own community because we do care what happens to us," Goodridge said through an interpreter.

She said her organization opposes the change and said DHHS continues to serve the population well, even those new to Texas.

"Those who move to Texas already know where to start: DHHS, because that seems to fit what their needs are," she said.

There are four more informational meetings about the changes to DARS and the examination of whether DHHS programs should be moved under CILs. They are in Midland and San Antonio next week.

Both Hughes and Goodridge questioned why the meetings were being held in the places they were or will be. Both said Midland has a very small deaf and hard hearing population, while Austin and Houston have much larger populations.

While this potential change may impact a relative few, compared to the state's overall population, Joanna Bayne told NBC 5 that those that can hear should pay attention and care, because anyone could lose their hearing due to accidents, disease or the passing of time.

"I'm talking to you guys, you hearing people out there, to think about your future and y'all becoming deaf," Bayne said.

No decision on the issue is imminent, and Thursday's meeting was just so a third party hired to hold these meetings and DARS can collect feedback from those who may be impacted.

"They should not be making decisions without our input," Goodridge said.

Hughes said the Sunset Commission, which initiated the legislation, never spoke to groups about this proposition and hopes the legislature will hear those it may impact.

According to a DARS representative who spoke at Thursday night's meeting, there are just 26 CILs currently operating in the state. CILs are not places where people live. Rather, they offer skills courses, group support and referrals to resources.

The DARS representative said only 18 of the 26 CILs are participating in the analysis of moving DHHS to their services. And the Independent Living programs outsourced in the legislation is only worked on by CILs that have agreed to participate and run the program for the state.

Charlotte Stewart is the executive director of REACH Resource Centers for Independent Living, which has offices in Fort Worth, Dallas, Denton and Plano. REACH's four offices are the only CILs in North Texas.

She said her organization chose not to participate because they're a small organization and the state did not explain how much they were reimbursed or how much of the giant program they would have to operate.