Three juveniles were arrested Wednesday afternoon in Dallas after an early morning armed robbery of an Arlington police officer at a convenience store.

The Arlington police officer was robbed at gunpoint and beaten Wednesday morning in what investigators are calling a "crime of opportunity."

The department confirmed that it happened at about 7:30 a.m. at the QuickTrip store at the intersection of East Division Street and North Collins street, near the city's downtown area and two blocks south of AT&T Stadium.

The officer had finished his shift and was pumping gas into his car when he noticed a white 4-door sedan weaving throughout the pumps at the station, police Lt. Christopher Cook said.

Three juveniles were arrested Wednesday afternoon in Dallas after an early morning armed robbery of an Arlington police officer at a convenience store.

Cook said the officer knew something was "out of the ordinary" when he saw three men get out of the vehicle and a fourth passenger move into the driver's seat.

The officer, who was not identified, was then struck over his head and face with what he described to investigators as a handgun, Cook said.

The attackers got away with the officer's wallet and cellphone, Cook said, noting the officer didn't fight back until he aimed his personal gun at the getaway car as it sped away.

No shots were fired and no other injuries were reported. The officer was treated as the scene.

The Arlington Police Department was notified by the Dallas Police Department later in the day that officers made a traffic stop on a car matching the description of the robbery incident in the 2100 block of E. Ledbetter Drive at a convenience store.

Officers found the Arlington officer’s police identification in the car and the vehicle was determined to be stolen.

The males are juveniles, so their identities are being withheld. The department is unable to release video footage in this incident due to their ages. According to Cook, they are between the ages of 14 and 16.

Three juveniles have been arrested and will be referred to the Tarrant County Juvenile Court.

An Arlington police officer was robbed at gunpoint and beaten Wednesday morning in what investigators are calling a "crime of opportunity."

“The information we have right now leads us to believe this was a crime of opportunity and the officer was not targeted based upon his affiliation with law enforcement,” said Chief of Police, Al Jones. “Regardless, this armed robbery could have happened to anyone in our community so we are asking the public’s assistance in identifying those involved. We are grateful for our colleagues in Dallas who made a traffic stop and detained the teenagers implicated in this offense.”

Investigators suspect the attackers weren't aware he was an officer because he was wearing a civilian jacket and they didn't notice his uniform shirt and gun belt in the back of his car.

"On one hand we’re thankful they didn’t recognize he was an officer, because we don’t know what the outcome might have been since he was outnumbered," Cook said.

Cook said they shared the news with the officer who was assaulted and robbed.

"He’s ecstatic, really kind of frightened everybody. Also, they had no idea he was a police officer," he said. "Matter of fact, one of them…I guess when they found out it was police ID thought, 'Uh oh. We robbed the wrong person'."

Cook said initially five people were detained, though three remained in custody as of Wednesday afternoon. They are investigating how the other two may be connected.

Three juveniles were arrested Wednesday afternoon in Dallas after an early morning robbery of an Arlington police officer at a convenience store. Dallas police searched a car that is suspected of being the vehicle involved in the robbery. 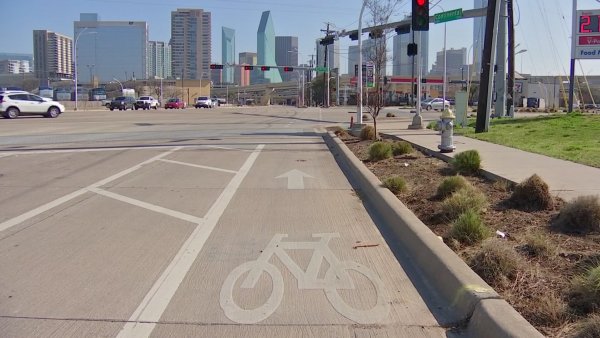 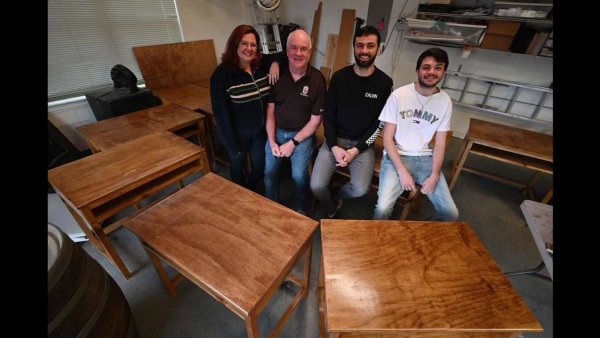