A 6-year-old girl battling a rare form of liver cancer got a special honor from the Fort Worth Police Department on Thursday.

Adriana Nixon, 6, was sworn in as an honorary officer in a special ceremony. In July 2019, Nixon received her diagnosis of stage four hepatocellular carcinoma, a rare form of liver cancer, and has been fighting ever since.

She has undergone chemotherapy and will to have a liver transplant. She is scheduled to have surgery Monday to remove lymph nodes outside of her tumor, according to her mother Andrea Pederson.

"Cancer is an enemy. It’s a war that she’s up against and it’s a battle for her life. She’s 6-years-old, but she’s strong. I believe in her," Pederson said.

Childhood hepatocellular carcinoma varies significantly worldwide. It is estimated to occur in about one out of two million people per year. According to St. Jude's Children's Research Hospital, the overall survival rate is less than 30 percent. A patient may become disease-free if treated with the complete removal of the tumor or a liver transplant if the cancer has not spread outside the liver.

"The cancer is so rare, there’s not a lot of research," Pederson said. "Children’s research is not getting a lot of funding and when it’s a rare cancer, it’s even less."

Ahead of her daughter's surgery Monday, the Fort Worth Police Department swore her in as an honorary officer for the day to give her a day she would never forget.

"When she said one of her dreams was to be a Fort Worth Police Department officer, I knew that was something we need to make happen," Officer Tracy Carter said. "The thing is, this could be any one of our children, one of our brothers, our sisters. We band together when things like that happen."

The day included a ride on the Air One helicopter, which Nixon said was her favorite part. 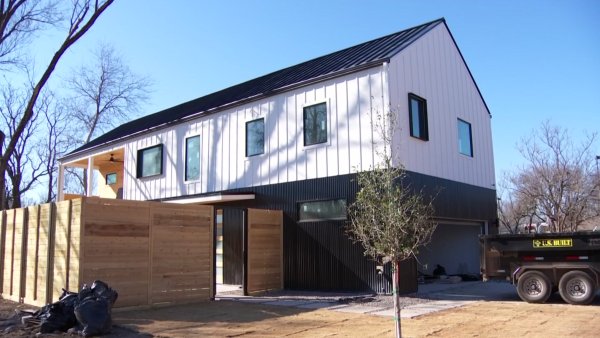 Her parents say the last six months have hard on the family but it's days like Thursday that help their little girl take her mind off of everything she has gone through.

The family has started a GoFundMe and the Facebook page 'AdrianaStrong' documenting their daughter's medical journey.

Fort Worth Police DepartmentFort Worth