During Thanksgiving week, the city of Dallas is making sure those most directly impacted will have a meal, even if life is far from back to normal.

The line of vehicles outside the District 8 Neighborhood Services Center in Dallas stretched down Highland Hills Drive on Monday. 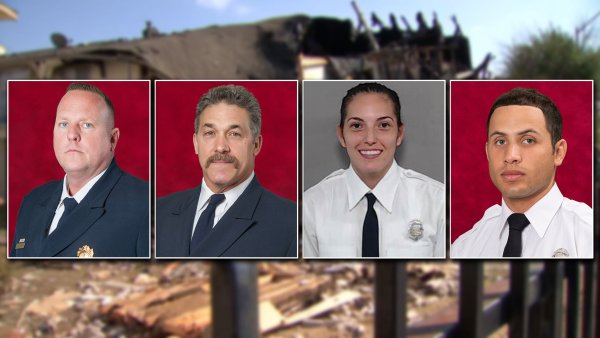 “Here at the city of Dallas we don’t want to ask for anything in return, we want to give,” Atkins said.

Atkins said the city, with the help of Catholic Charities, was able to help 250 families with a turkey and everything needed to make a Thanksgiving meal.

In addition, 23 families who are still displaced after an explosion at a Dallas apartment complex Sept. 29 received additional support.

Christina Hernton said she has been living in a nearby transition apartment after staying at a myriad of hotels in the immediate aftermath of the blast that left seven injured, including three Dallas Fire-Rescue personnel.

Hernton was not injured but as some of her neighbors have since been able to return home, Hernton waits.

Residents of the Highland Hills Apartment complex still haven’t been allowed to return home as investigators try to pinpoint the cause of Wednesday’s explosion. NBC 5’s Ken Kalthoff reports there’s been an outpouring of support.

“Two months later, I’m not going to say I’m in the same boat I was at the beginning but it is getting better over time,” Hernton said.

Hernton and the other families also received a $250 gift certificate from a donation from the Southeast Oak Cliff Community Development Corporation. Hernton added she doesn’t know how long she’ll be in a transition apartment saying this holiday season she feels both uncertainty and resolve.