Shooting began shortly after 2 a.m., as patrons were leaving bars in the area

Two men are dead and three others injured after a group of men started shooting at each other in Deep Ellum early Friday morning, Dallas police say.

According to the Dallas Police Department, officers stationed in the entertainment district arrived at the 2800 block of Elm Street within seconds after gunshots erupted at about 2 a.m., just as patrons were leaving bars.

NBC 5 has learned that 31-year-old Quintin Lowe was standing on the sidewalk when he was approached by 42-year-old Jermaine Lewis and 42-year-old Anthony Barrow. NBC 5 reported Lewis apparently recognized Lowe as the person who set him up to be robbed days ago and confronted him.

At some point during the interaction, all three men started shooting at each other. All three were struck, along with two nearby bystanders waiting in line to buy BBQ.

Lowe and Lewis were both pronounced deceased at the hospital. Lewis underwent surgery and, along with the other two victims, is expected to survive.

Two men are dead and three others injured after a group of men started shooting at each other in Deep Ellum early Friday morning, Dallas police say.

According to Dallas Police Department Spokeswoman Kristin Lowman, Lowe was free on a $250,000 bond for murder out of Denton County.

“You could probably just play back tape of me saying this over and over again, that that is not what the goal of bond or bail reform was to have an individual suspected of murder out on bond. And for a year later, to be in possession of a handgun and then to be involved in two deaths in our city, that’s a slap in the face," said Chief of Police Eddie Garcia in a news conference later that day. 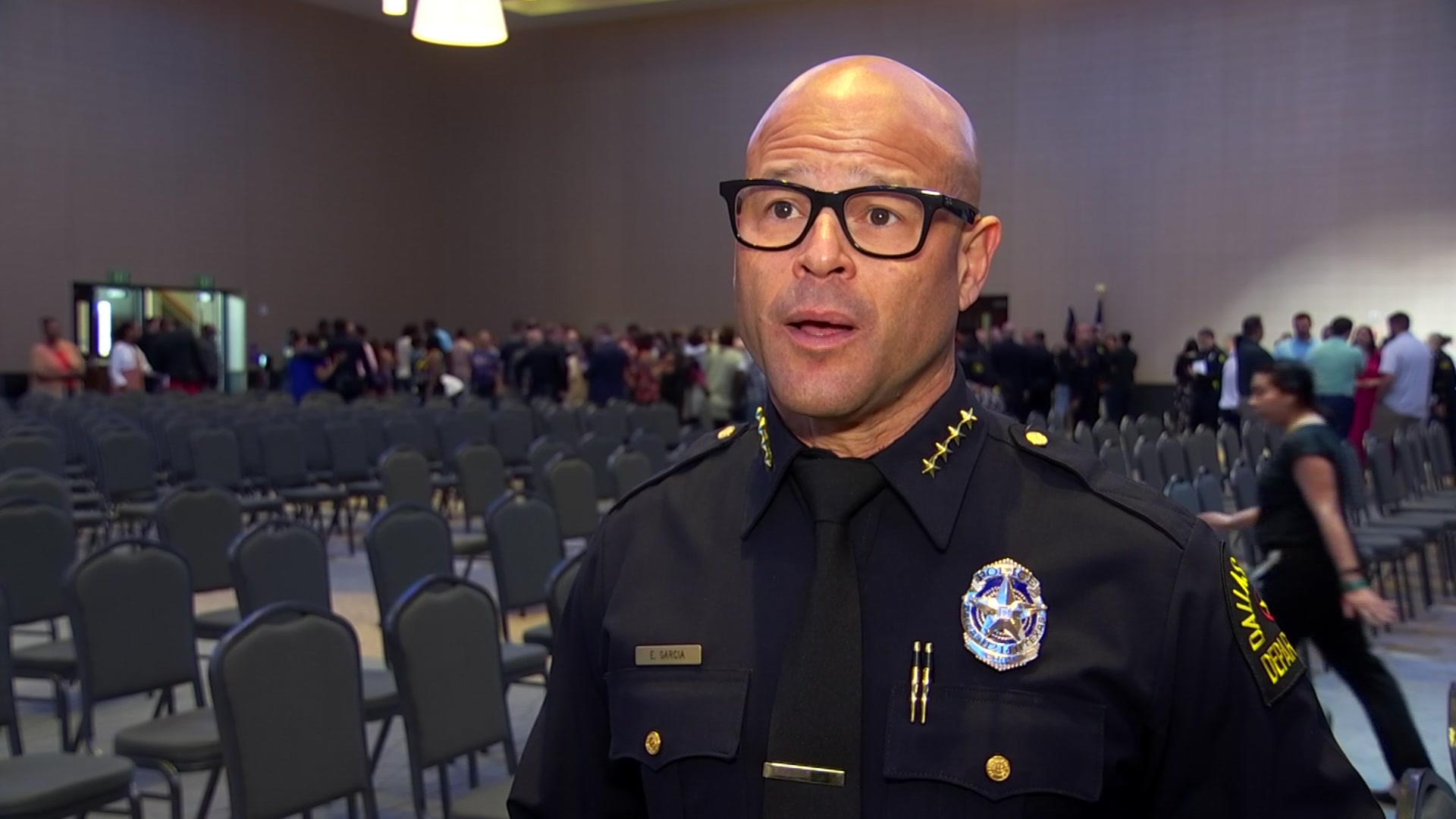 ‘The Brazenness … is What Astonishes Me the Most,' Dallas Chief Says After Recent Deep Ellum Shooting 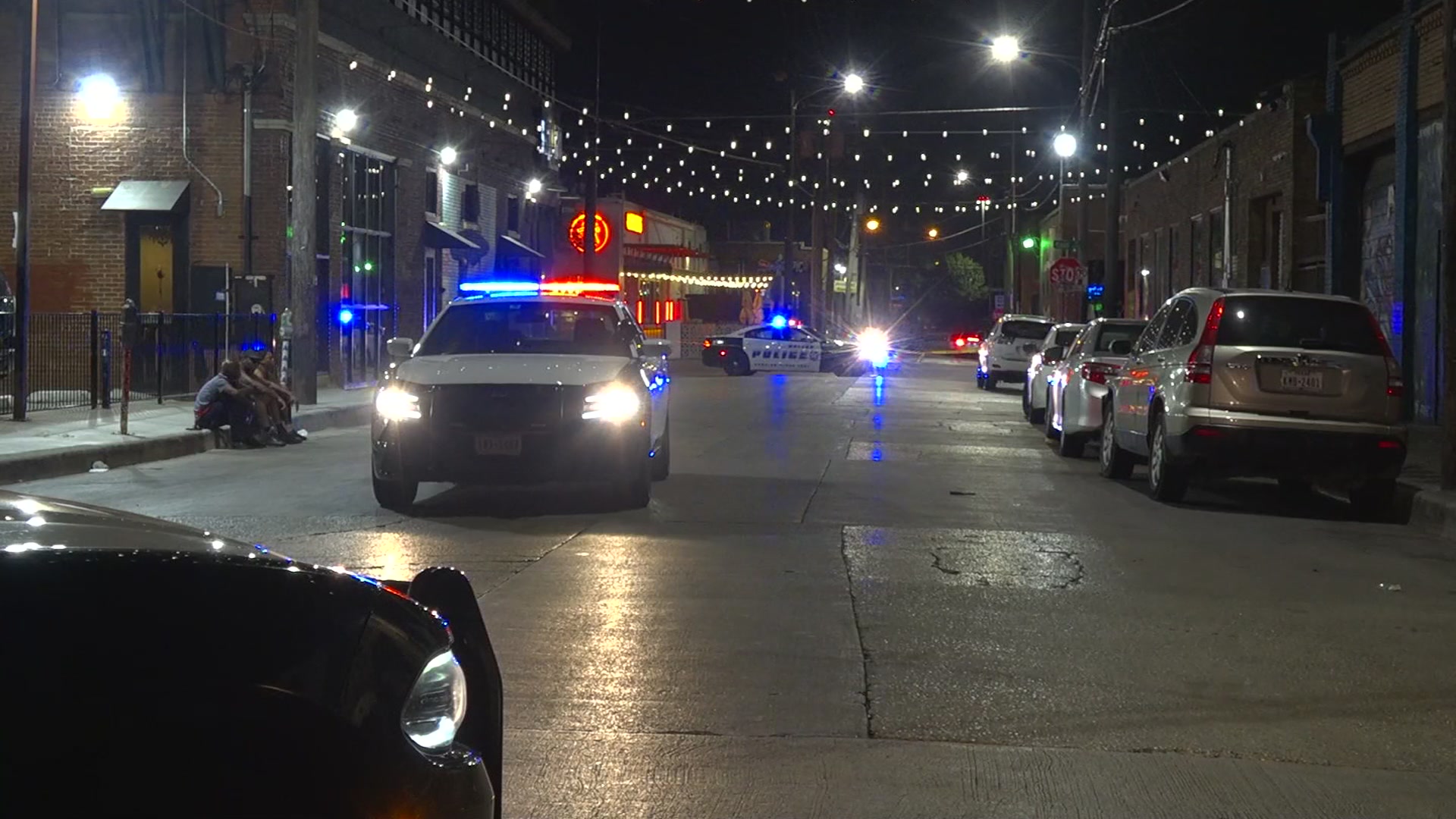 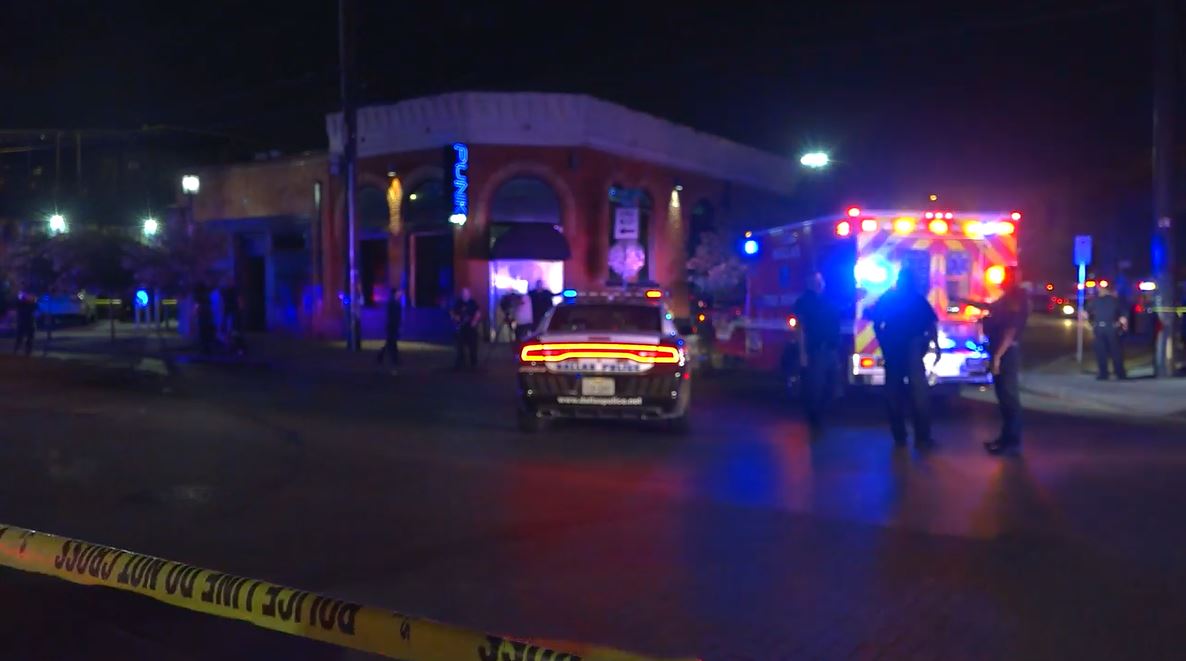 Dallas Police said they believe the shooting was an isolated incident, that all parties involved have been identified and that there is no longer an ongoing threat to the public.

"We are doing everything we can to maintain safety. It's just you have instances like this where people have no regard for other people's safety and they start shooting weapons and they don't care who's in the way," said Albert Martinez, executive assistant police chief with the Dallas Police Department.

Chief Garcia, speaking at a department graduation Friday morning, credited officers stationed in Deep Ellum for their quick response and for providing first aid to the shooting victims while commenting on the boldness of those willing to open fire in public.

"The brazenness of these criminals is what astonishes me the most," Garcia said.

According to police, anyone with information about this incident is asked to contact the Dallas Police Department's Homicide Unit.

At the end of last year, Dallas Police Chief Eddie García vowed to “take Deep Ellum back” for patrons and residents. His announcement came after a shooting in Deep Ellum that killed a teenager and left five others injured, including a 15-year-old girl.

The closures, police said, were implemented in the interest of public safety each summer as pedestrian traffic in the popular entertainment district increases.

Parts of Main, Elm, and Pryor streets will close completely starting at 10 p.m. Southbound Malcolm X Boulevard will be closed from Indiana to Commerce Street. Indiana and Crowdus streets will also have limited closures.

Police said the roads will reopen by 3 a.m. after traffic has cleared.

Following the shooting early Friday morning, Dallas police said they will continue to have a stepped-up presence in Deep Ellum.

The shooting early Friday morning is the most recent in a growing string of shootings in the Deep Ellum neighborhood.

In April, two people were injured after a shooting outside a Deep Ellum bar. Dallas Police later arrested 22-year-old DaMichael Rose and charged him with one count of aggravated assault.

In September 2021, 18-year-old Kenneth Walker was killed and five others were injured after gunfire erupted in Deep Ellum. In November 2021, Dallas Police arrested 20-year-old Omari Cooper and charged him with Walker's murder.

"In Deep Ellum, we care deeply about public safety including the safety of our neighbors, our businesses, our patrons and visitors, and one another. Deep Ellum is the premier entertainment destination in the region welcoming millions each year. It draws thousands of people from all across the metroplex and the world to enjoy arts, culture and entertainment each week. Deep Ellum is the heartbeat of Dallas’ culture. But first and foremost it is a community. We are a community that welcomes all comers but we do not welcome violence.

We echo Assistant Chief Martinez' comments from the press conference early this morning. We are grateful that, once again, the suspects have been apprehended so quickly.

We stand with DPD. This entire community has and will continue to partner closely with DPD, our Councilmember and all our City partners to build and sustain an inviting environment for everyone in Deep Ellum and to bring all our resources to bear to confront those that wish to do harm in our neighborhood."