The animals included dogs, cats and even a horse

The SPCA of Texas received custody of 110 dogs that they say were abused and neglected out of Canton, Texas.

On Tuesday, Nov. 6, an agreement was reached during a civil custody hearing between the SPCA of Texas and the owners of the animals.

Judge Sandra Plaster awarded the SPCA custody of the animals as well as restitution in the amount of $31,263.50 to be paid by the owners to cover the costs of investigations, expert witnesses, housing and care for the animals from the time of the seizure to the hearing. 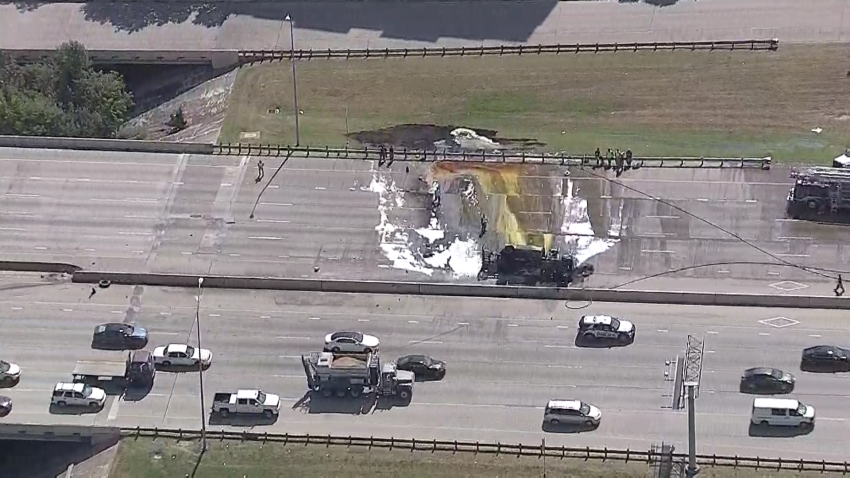 Fiery Crash Closes US 75 in Richardson

The SPCA will continue to provide rehabilitative care and individually evaluate the animals for adoption or placement on a case by case basis.

All of the animals were taken into custody by the SPCA and the Van Zandt County Sheriff’s Office on Friday, Oct. 26.

The 110 animals who were seized included 39 puppies, 35 adult dogs, 24 cats, 11 kittens and one horse. The horse was transported to an off-site care facility while the rest of the animals were taken to the SPCA of Texas’ Russell E. Dealey Animal Rescue Center.

The owners of the animals were arrested at the scene for child endangerment and animal cruelty and were booked into Van Zandt County Jail.

According to the SPCA of Texas, the primary owner of the animals was Trevor Kennedy and the second owner who was charged is Thelma Jayne Morrison.