Once the 1.35 million doses are applied, Mexican officials said there would be no reason to continue restricting travel over the U.S. border.

Mexico received 1.35 million doses of Johnson & Johnson coronavirus vaccines donated by the United States Tuesday and Mexican officials said that once they are applied, there would be no reason to continue restricting travel over the U.S. border.

The U.S. vaccine shipment will be used to vaccinate anyone over 18 in four cities along the U.S. border: Tijuana, Mexicali, Ciudad Juarez and Reynosa. Mexico has said the goal is to boost vaccination rates there to levels similar to the U.S. cities they adjoin.

Foreign Relations Secretary Marcelo Ebrard, who was meeting with U.S. Homeland Security Secretary Alejandro Mayorkas in Mexico City, said that after the vaccinations "there will be no public health arguments for keeping the border closed."

The U.S. and Mexico have restricted border crossings to essential travel since early in the pandemic.

Assistant Health Secretary Hugo Lopez-Gatell said the expanded vaccinations in border cities could begin Wednesday. Mexico is seeking to acquire more of the vaccine to inoculate all border residents.

Mexico has also donated 100,000 doses of AstraZeneca vaccine to Belize and 150,000 doses to Bolivia and Paraguay. Those vaccines were produced in Argentina and bottled at a plant in Mexico.

Mexico is running its own vaccination program using a mix of vaccines. That program is currently focusing on people over 40, and and has so far administered about 26 million shots, enough to cover about 30% of people in the country over 18. 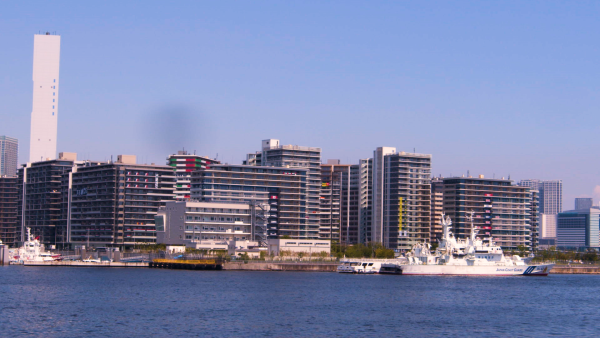 Mexico had seen a fairly steady decline in coronavirus cases since an upsurge in December and January. However, this week the national reported case number rose by 8%, something Lopez-Gatell attributed to a recent surge in cases in the state of Yucatan and the Caribbean coast state of Quintana Roo.

"There is a significant increase in case numbers" in those states and additional social-distancing measures are being implemented, he said.

The beach resorts of Quintana Roo are the country's main tourist attraction. An increase in cases has also been reported in Baja California Sur, home to the twin resorts of Los Cabos.

As the government's point man on the pandemic, Lopez-Gatell had been criticized for casting doubt on the usefulness of face masks and for taking a beach vacation and walking in a public park at one point when he himself had been infected.

Lopez Obrador also returned to his old practice of comparing Mexico's coronavirus death rate to that of other countries, crowing about Mexico supposedly suffering fewer per-capita deaths than many other countries, including the United States, Brazil and Argentina.

However, Lopez Obrador was using test-confirmed death numbers of about 230,000, which his own administration acknowledges is a vast undercount because the country does so little testing. Government reviews of death certificates suggest the real toll is now over 360,000.

The issue is a sensitive one, because Mexico's nearly three-month delay in bottling Argentine vaccines may have delayed vaccinations in the South American country and contributed to its elevated death rate.

The Mexican plant had trouble obtaining materials to complete the process, known as fill and finish.