Amid the dinner rush and the start of the bar crawl crowd in Deep Ellum Friday evening, volunteers made their way up and down the streets in search of people looking for a COVID-19 vaccine.

It was a boots-on-the-ground effort that turned Dallas County’s focus from vaccine hubs like the Fair Park site to a state partnered pop-up they hoped would attract young people who hadn’t already prioritized getting a shot.

“I don’t have any hesitancy to get it. There just was not a good opportunity for me to get one,” said Chris Green. 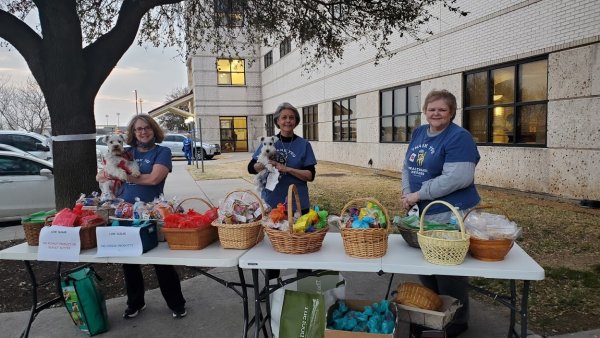 The 20-year-old noticed the site from the restaurant where he works across the street.

Though his employer is incentivizing employees to get vaccinated by allowing them to do it during the paid workday, Green said bringing it to people in his age group may be the push many need.

As he walked out with one dose done, he said he felt ready to move forward with life after COVID.

“As a server, I have a responsibility to keep other people safe. So I feel like I can do my job a lot better now that I’m getting vaccinated and don’t have to worry about transmitting it to someone at the restaurant or someone I pass on the street,” said Green.

By making the vaccine available at the end of the workday, the county hopes they’ll catch people who haven’t been able to find an appointment that fits their busy schedules.

Today’s clinic was the first opportunity in two weeks that 16-year-old Will Spencer said worked for him.

“It’s finals season for me in school, so I spend all my time studying. Unless it was a Friday night or a weekend, I don’t think I would’ve come until two weeks from now,” said Spencer.

County officials are banking on the hope that that's why its youngest eligible residents are currently the least vaccinated.

Just looking at adults, 77% of those 65 and older have received at least one dose. But when you look at the entire population over the age of 18, that number drops to 52%.

It's a lag that's pushed the county’s herd immunity projection back to late July, though the county hopes events like Friday’s can reverse that trend.

"Hey, you can come out here. Enjoy socializing with friends, go out to the bars, but make sure that you're fully vaccinated so you can protect yourself and protect others,” said Dallas County Health and Human Services spokesman Christian Grisales.

DCHHS will be back in Deep Ellum outside of Uplift Luna Preparatory on Elm Street Saturday from 11:00 a.m. to 9:00 p.m. and again next weekend.