It’s the home of the movie industry, the town where West Coast hip-hop got its start, and also the birthplace of what’s called “predictive policing.”

It’s the idea that computers can predict where crime will happen next so police can ward off problems before they start.

It’s a concept Dallas police chief Renee Hall has embraced full force as she searches for solutions to soaring violent crime in her own city, far from the coast.

“We are adamant about the plan that we put together. We believe in it. And we are going to execute it,” she said during a recent news conference.

Hall was not available for comment when this story initially ran, but has since spoken extensively to NBC 5 Investigates about what she envisions for Dallas.

She said her data-driven model will include elements of computer policing that have worked in other places, such as Los Angeles and Kansas City -- two cities that NBC 5 Investigates visited to learn about their strategies.

"We're cautious to make sure that we're taking the things that work, and leaving out those that don't work in other cities, so we don't make their same mistakes," she said in our exclusive interview.

In Los Angeles, some cops and community leaders warn any computer-driven policing strategy can lead to problems if it’s not implemented and overseen correctly.

Some we spoke to doubt predictive policing works at all.

"When I hear people say this is going to reduce crime, anybody with any amount of time in law enforcement laughs, because it doesn’t."
Jamie McBride, union leader of the Los Angeles Police Protective League

McBride said officers, for the most part, stay within the boundaries of “hotspots” that are drawn by predictive policing because their told to.

“Their biggest thing is, let me get my time, my minimum amount of time that I’m required to be here, done, so I can actually go do police work,” McBride said.

He said the LAPD’s model also risks shooing away criminals in one area only to have then show up in an adjacent neighborhood.

“When you put a lot of (patrol) cars in that one area, even the stupidest criminal was going to notice that and just go about three blocks over and commit crimes there."
Jamie McBride

Hall said Dallas' model will not be identical to LA's, but both use forms of “placed-based” predictive policing, where computer algorithms help identify places where future crimes may be most likely to occur.

Los Angeles has used a system called PredPol, which looks at where past crimes have occurred and tries to forecast where they will happen in the hours ahead.

Dallas plans to use “Risk Terrain Modeling,” which looks for environmental factors – like a dark alley, an abandoned building or a shuttered businesses -- in neighborhoods that may be attracting crimes, as well as tactics utilized in Los Angeles. 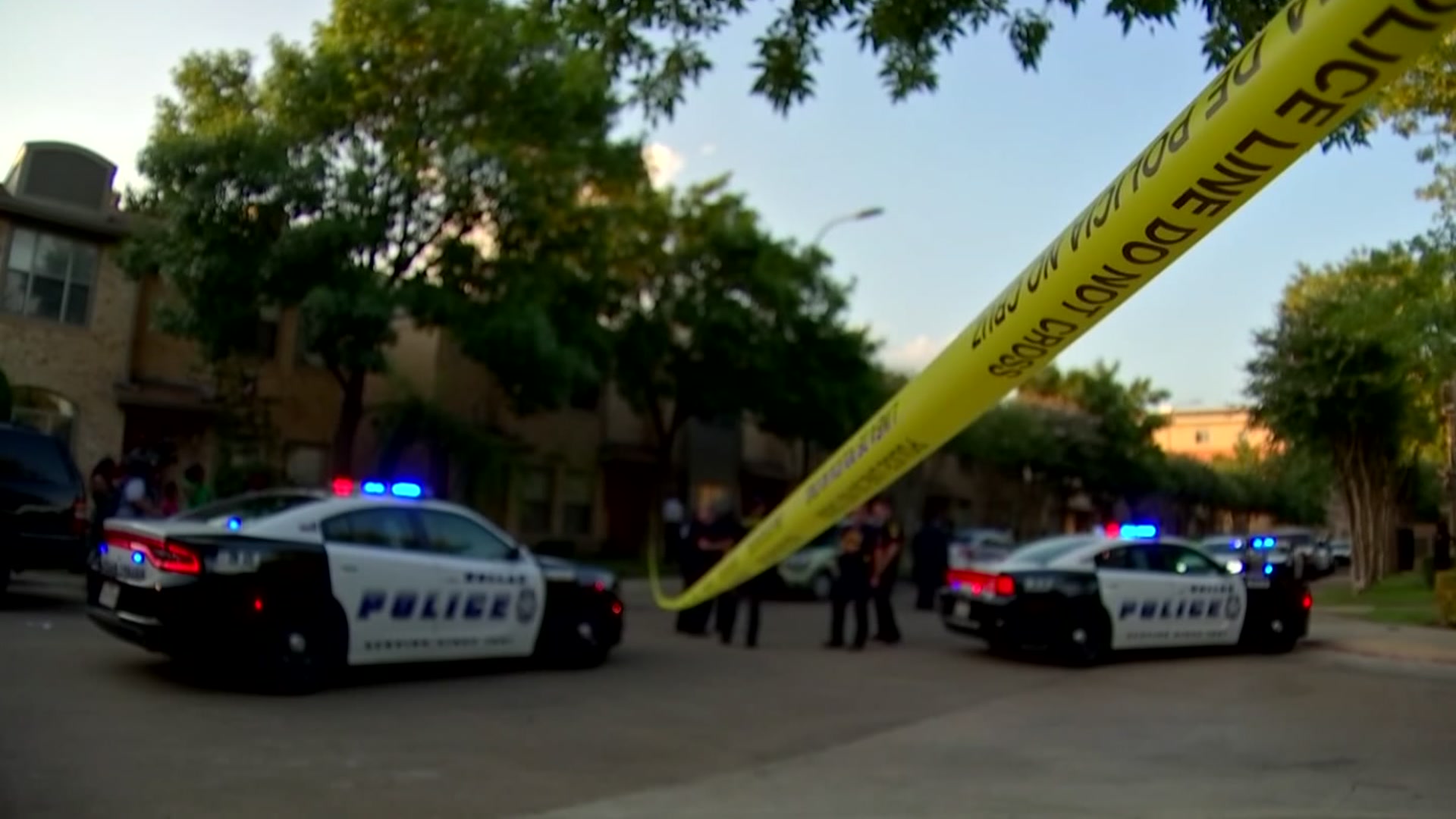 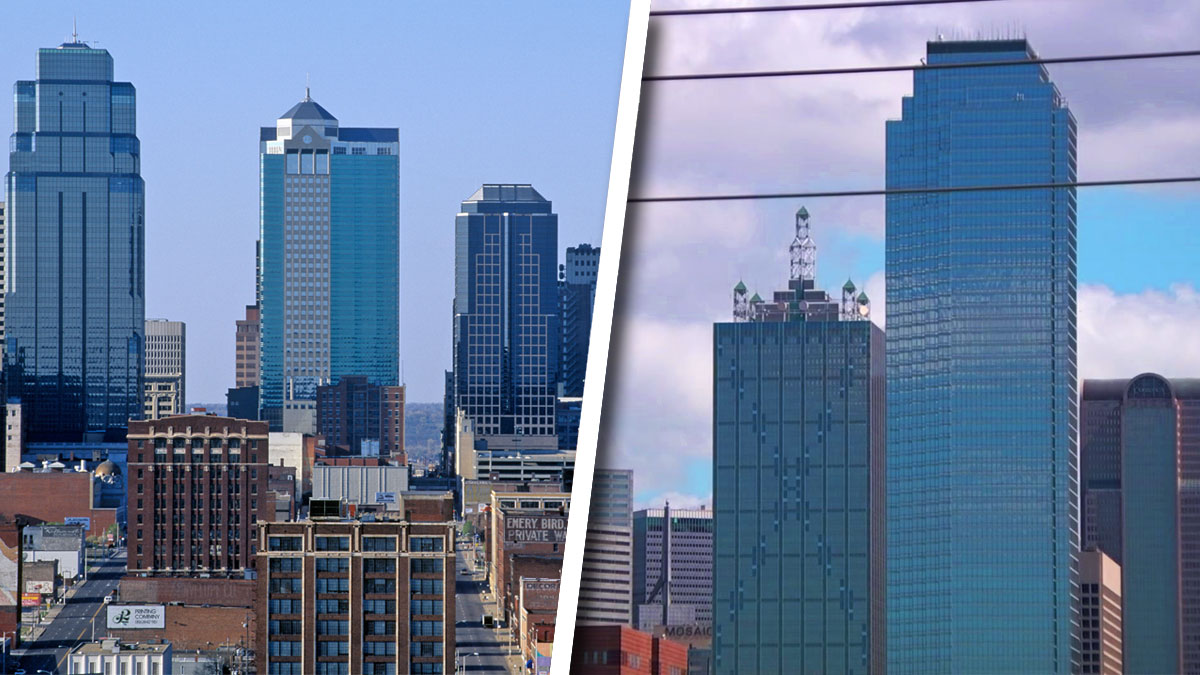 Different in Many Ways, Dallas and Kansas City Have a Common Problem – High Crime

Once those environmental factors are identified, police can work with the community to change the physical environment, according to the RTM plan.

Hall's crime reduction plan said the data will be used not only to look for environmental issues, but also to generate 330x330-foot boxes, roughly the size of a city block, where “targeted patrols will be conducted.”

In LA, drawing the boundaries for high-risk zones, then deploying police into those areas, has caused some friction between police and community members.

“There is still value to these tools, but we are still studying the best way to use the tools at this time, keeping in mind the importance of public trust.”
Los Angeles Police Department

While the LAPD would not talk to us, community leaders in Los Angeles did.

They voiced concerns that data-driven policing can fester tension between police and citizens, cause patrol saturation in predominantly minority neighborhoods and raise questions into what’s being fed into the police computers to predict the next crime before it occurs.

“Big data policing changes what police do. It changes where they go, who they target, how they investigate. And it really changes the relationship between police and the citizens,” said Ferguson, the Washington D.C.-based author of The Rise of Big Data Policing.

Ferguson said he was surprised by the enthusiasm for the high-tech policing approach in Dallas given some of the problems experienced in other cities. Hall's plan also calls for the creation of a more robust police intelligence center, the use of remote cameras, and ranking high risk individuals wanted on outstanding warrants.

“It’s rather striking that at a time when other cities have backed away and realized some of the problems, that Dallas seems to be embracing such an aggressive push toward big-data policing,” he said.

Here is Ferguson’s opinion on why big-city police chiefs turn to sophisticated technology when they are in a crunch:

Andrew Ferguson, a Professor of Law at UDC (University of the District of Columbia) David A. Clarke School of Law and the author of a book on big data policing, says the only real tool police officers have is policing. But long term solutions to crime involve dealing with the economic and social problems that lead to crime and not...

Not everyone is a critic in LA.

“It’s not perfect, but there is a tremendous benefit when you have limited policing and major crime issues,” said Richard Close, who has watched crime drop in his affluent Sherman Oaks neighborhood, where he is president of the local HOA.

PredPol, the company hired to develop the place based predictive policing model in Los Angeles, said its own studies show success in reducing certain crimes and that the system was more effective than humans at predicting where crimes will occur.

But an audit, conducted by LAPD’s inspector general, reported that it, “was difficult to draw conclusions about the effectiveness of the system.”

The reason, according to the audit, was because police often incorrectly recorded the amount of time they spent in the computer-designated areas. Read the full audit at the bottom of this article.

"It’s really almost becoming occupied zones where there’s such heavy policing presence. So anything that moves, or anybody who moves, is open game they could be stopped. They could be questioned."
Hamid Khan, community activist and head of Stop LAPD Spying Coalition

"It’s putting us down a scary path, a scary road … it could very quickly lead to authoritarian type state or government. And we’re already living in a very heavily militarized policing system. This just adds to the weaponry."
Anthony Robles, community organizer

In Dallas, Hall said her computer policing plan should be a game changer in lowering crime.

“It’s huge because it’s also going to help us figure out those drivers of crime at various locations,” she said at the press conference. “We’re going to push forward. That is what this is about, looking at the data day in and day out…and making the necessary adjustments,” Hall said.

The chief, however, stopped short of guaranteeing the new technology will help drive down crime in Dallas.

"We will be very transparent if predictive policing is not successful for us."
Renee Hall, Dallas Chief of Police

Hall promised her plan will not unfairly target minority communities, something community leaders in LA say is a risk.

One way to ensure against such problems, Ferguson told us, would be to regularly audit predictive policing once it’s up and running.

In her interview with NBC 5 Investigates, Hall promised such audits would take place.