Despite the surge in COVID-19-related deaths and illnesses in Texas nursing homes, the state has no dedicated pipeline for getting the protective equipment to those facilities to help them battle the virus, leaving them to wait in line with others as the mortality rate grows.

Until last week, the state had a ranking system that made some nursing homes with no confirmed COVID-19 cases a lower priority for emergency PPE supplies than hospitals, despite the fact that long-term facilities have proven to be breeding grounds for the virus, NBC 5 Investigates has found.

About one out of every three people who have died of COVID-19 in Texas lived in a long-term care facility.

In the wake of the staggering toll on assisted living centers and nursing homes, the state has created a strike force to fight the virus and rush supplies to facilities after an outbreak occurs.

“Whenever there is a concern raised about an outbreak in a nursing home, there are tremendous supplies provided immediately by the state of Texas to that nursing home,” Gov. Greg Abbott (R) said.

Still, some nursing home operators said they have struggled to get supplies to protect workers and residents in facilities that have not experienced an outbreak.

Some tell NBC 5 Investigates supplies are hard to locate, sellers have increased prices and the marketplace has been flooded with questionable sellers, some selling scarce PPE from the trunks of their cars in exchange for quick cash.

“You know, we were having to write checks upfront without having any product, or we were having to put them on our personal credit cards,” said Derek Prince, chief executive officer of HMG Healthcare, owner and operator of more than a dozen nursing homes in North Texas and in Houston.

And he still needs more.

Prince added that he has been approached by “some pretty shady characters out there … people were selling masks out of the back of their cars, crazy enough,” he said.

Ronald Payne, CEO of Southwest LTC Management Services, which owns nursing homes in Texas and Oklahoma, said it’s a daily battle to search for protective gear to keep his staff and residents supplied.

“We’re burning through 5,000 masks a week, and so you’re constantly having to replenish the stockpile,” Payne said.

“I think we need to have the supplies more readily available, automatically pushed down, have a backup supply chain,” he said.

The State of Texas Assistance Requests program, or STAR, is one such a backup supply chain, but NBC 5 Investigates has found it leaves nursing homes waiting in a long line for help.

That’s because there is not a dedicated state pipeline for long-term care facilities, leaving them to wait in the same line for state provided PPE with others who also need it – police, firefighters, hospitals and even funeral homes.

NBC 5 Investigates found more than 600 of the 1,600 requests STAR requests received in north Texas have not been fulfilled, according to the North Central Texas Trauma Regional Advisory Council which processes those requests for the region. And some of the “fulfilled” requests are likely only partially filled, the council said.

Not only are nursing homes in desperate need of PPE, they also need state help in paying for the supplies, said Kevin Warren, head of the Texas Health Care Association, a support group.

“These are costs that are just so far above and beyond what any of these providers have planned for and budgeted for,” Warren said, adding: “But yet they’ve got to get it done.”

State Medicaid payments, which cover most residents in Texas nursing homes, are about $30 short of what it costs daily to care for each of those residents, with the facility footing the rest of the bill, said Prince, with HMG Healthcare.

“And we lose money on every one of those patients,” he said, noting Texas has one of the lowest Medicaid reimbursement rates in the country, which challenged some facilities even before the pandemic. 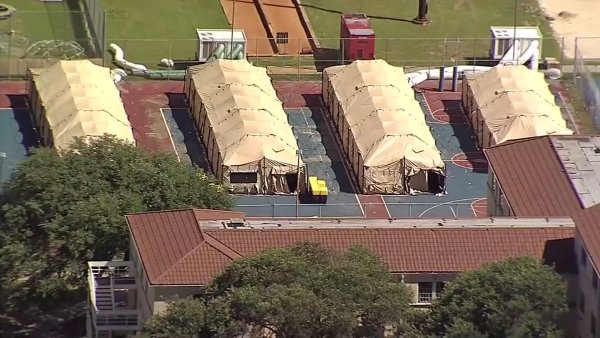 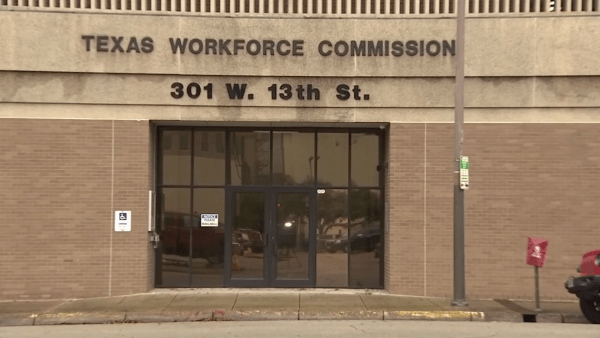 Texas’ Health and Human Services Commission recently asked for an increase in those reimbursements to help nursing homes defray the cost for PPE during the crisis, but the agency told NBC 5 Investigates it is waiting as the state’s Legislative Budget Board considers that request.

“This is one of those situations where, you know, the plane is in the air and we’re still trying to build it,” Warren said.

“And so we’re gonna need everybody …to pull together now,” he said.

As they visit their aunt through the window of a nursing home in Cleburne, Carolyn Cody and Judy Graves said they are thankful she’s OK – and the facility where she lives currently has enough PPE.

But they worry about what’s to come as COVID-19 continues to bear down hard on the elderly and infirmed … and the people who care for them.

“They have to be supplied with what they need … you know, their lives are at stake. Also, they go home and they have families,” Graves said.

“We need to make sure that our people are taken care of,” she said.

NBC 5 Investigates questioned two key state agencies about whether they could do more to speed the flow of PPE to all facilities. Both agencies told us they are working on it.

A Texas Health and Human Services Commission spokesman said, “Staff at all levels have been assisting facilities with identifying and acquiring PPE ... " while a spokesman for the Texas Department of State Health Services said, "... there is flexibility at the local level to fill requests...to address urgent needs."