Being a woman in the 21st century is complicated. Alice Birch’s Revolt. She said. Revolt again., now playing at Second Thought Theatre at Bryant Hall on the Kalita Humphreys Campus in Dallas through September 15, explores the complexities of modern femininity fearlessly.

For Christie Vela, the show’s director, fearlessness is required to take on this project. Originally, she was part of the cast, which was both an intimidating and thrilling assignment. When the show’s director decided to pursue another opportunity, Vela stepped in to direct the show.

“It terrified me, so I said yes again,” Vela said, explaining this is only the second time she has directed a show in which she is performing. “It has actually been really great for this process, because being inside of it while I’m also trying to watch it gives me a sense of the challenges the actors are having. We’re figuring it out together.” 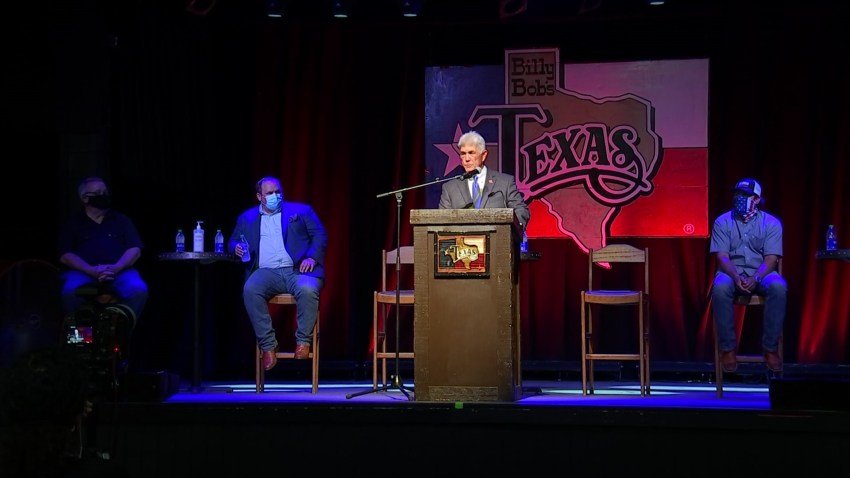 Vela’s best preparation for this challenging play was teaching it to her advanced acting students at Booker T. Washington High School for Performing and Visual Arts. The class of 16 young women and two young men devoured the show about women’s perspective of gender politics, society’s expectations and modern power dynamics.

“We had really in-depth discussions about what was happening in the text that then spring boarded us into looking at other plays and other media and other representations of femaleness in our culture,” Vela said.

While the women in the class eagerly talked about the issues of the play, Vela noticed the men were quiet. She encouraged them to join in the conversation. “They both said, ‘We like the play. It’s a great play, but we also think the women should talk about this and we’ll listen,’” Vela recalled.

Talking and listening was the starting point as the cast and artistic team assembled for rehearsal. Birch wrote the show in three days and structurally, it is non-linear.

“A lot of it is just stream of consciousness that we’ve had to break it down incrementally to figure out what was going on in Alice Birch’s mind over the course of three days,” Vela said. “It definitely falls into the absurd category of theater.”

Birch advises the show does not need props, but Vela wanted everyone to contribute ideas of what the show needed to succeed. The cast experimented with a myriad of props.

“In rehearsal, it really was bringing all ideas to the table and then just beginning to throw away ideas that didn’t work,” Vela said. “As we began to play with them, it was very apparent what ideas worked, what was not needed and quite frankly, we’ve come down to a production that is very sparse. We have almost no props.”

There is also no make-up and the costumes are not elaborate. It does not look like what an audience expects to see onstage and defying those expectations is the point.

“Alice Birch’s dialogue is really tight and it’s so beautiful and the play is almost written in movements,” Vela said. “It just continues to break the rules of a three-act format. It’s constantly breaking the rules it set up for itself.”

Vela knows women will recognize and relate to the anxieties and frustrations the characters express.

“I think it’s entertaining. I think it’s beautiful to look at and I think there are parts of it that is funny, but really I believe there are some people, women mostly, who are going to connect to it in an atomic way,” Vela said. “If you just sit down and share stories, whether you are younger or you’re older or you’re middle-aged, we all seem to have the same experience of being a woman no matter what your background is.”

This show isn’t just for women. Men can gain perspective on the often contradictory and confusing female existence. “I hope men will gain a little bit of understanding of the boiling pot it is to be a woman in this country, this culture,” Vela said. “I hope they find it funny and I hope they get a little scared. Just a little scared, but not too much.”

At one point in the show, a character admits she thought everyone was nice and knew women wanted gender equality but realizes that isn’t the case. To make progress, the character comprehends, thought must be put into action.

CLICK HERE to read the review from our media partners at The Dallas Morning News.