The 62nd Grammys are on Sunday

Questions have loomed for years around the nominations process for the Grammy Awards. But the doubts reached a new level this week after the Recording Academy's just-ousted CEO claimed the show is rigged and full of conflicts of interest.

The academy, which puts on the 62nd Grammys on Sunday, says nominees are selected from contenders who are voted into the top 20 in each category. But some people view the voting process as less than transparent because the choice of finalists happens behind closed doors. That has stirred claims that members of key nominating committees promote projects they worked on or projects they favor based on personal relationships.

People have become more conscious of the idea that Grammys might be won “through all these nefarious, back-channel kinds of ways," said Robert Thompson, a trustee professor of television and popular culture at the Newhouse School of Public Communications at Syracuse University.

Deborah Dugan was fired only months into her job as head of the Recording Academy and recently filed an explosive complaint alleging that she was sexually harassed and that the music organization was a “boys club” that favors friends. The academy, which has accused Dugan of misconduct, said it launched an investigation.

A few years earlier, in 2014, producer Salaam Remi was part of the Grammy nominations process when a mostly unknown album he worked on — “New York: A Love Story” by actor-singer Mack Wilds — earned a nomination for best urban contemporary album.

This year, Lizzo was nominated in the R&B categories with album-filler songs — a move that some suspect was designed to help her become the most nominated act at the show. But it potentially took away from other R&B acts that outperformed her or had a stronger place in the genre’s culture during the voting period. 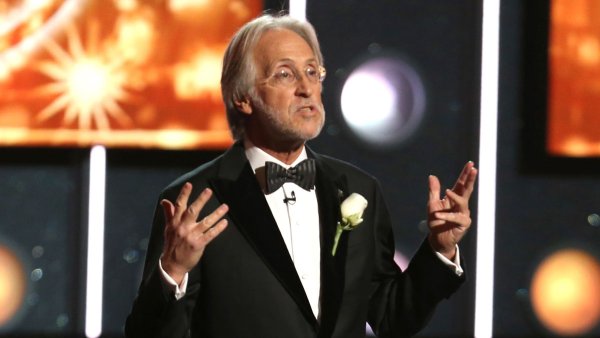 The Grammys also have a long history of keeping rap and contemporary R&B stars out of the top categories, rarely awarding them album, song or record of the year. Instead, the prizes go to a pop, rock or country act.

“I don’t even understand why anyone’s shocked at this point about anything,” Steve Stoute, the CEO and founder of the independent music distribution company United Masters, said in an interview with The Associated Press. “Do you need to see a videotape of unfair, inequitable ways in which they handle their businesses? Because it’s clear.”

Stoute, a former record label boss and advertising executive who has worked with Jay-Z and Mary J. Blige, has been vocal about the Grammys’ irrelevance for years, even taking out a full-page ad in the New York Times after Eminem and Justin Bieber lost top honors at the 2011 show.

He said the organization never learned how to change with the times. Although the award show itself is still "relevant and contemporary," when it comes to voting "and the legacy and perspective on what’s art and what isn’t, they’re blatantly lost.”

Outside of the top four categories, the academy has formed several nomination review committees for specific genres to safeguard the music's integrity and to serve as additional checks and balances.

Not all genres have such committees, though, and the rap category did not get one until the 2018 Grammys. The change allowed rising acts to earn nominations over veteran performers like Eminem and Kanye West, who seemed to get nominated no matter what they released. The committee was also in place to prevent embarrassing wins such as Macklemore & Ryan Lewis besting Kendrick Lamar for best rap album at the 2014 show.

Other embarrassing moments, like when the wrong film was mistakenly awarded best picture at the Oscars in 2017, contribute to suspicions that major artistic honors are "being run by a summer camp group or something like that,” Thompson said. “I think it makes people suspicious who are already cynical about some of these processes.”

The academy defended its voting process in a statement issued Thursday, insisting it operates “in a fair and ethical manner.”

Committee members’ names are kept secret “for the obvious reason of preventing lobbying from outside parties, therefore further protecting the integrity of the voting process,” the statement read. “Because these committee members are at the top of their craft, and many members work with multiple artists, it is not unusual that some of the people in each room will end up with nominations from the first round.”

If a committee member qualifies for a Grammy, that person is “required to leave the room for the entire listening session” and is not allowed to vote in that category, the academy said.

In 2018, the Grammys seemed set up to honor rap, R&B and Latin music — a response to heavy criticism the previous year, when Beyoncé’s pop culture juggernaut of an album, “Lemonade,” lost album of the year to Adele’s “25.” Adele's recording was one of the best-selling albums of the last decade, though culturally, it did not move the needle like Beyoncé’s project.

Some argued that Ed Sheeran, who had one of the year’s most successful songs with “Shape of You,” should have earned nominations. But had Sheeran earned a nomination, he might have easily won the award, taking away from the academy’s plan to award a rap or R&B performer. Mars, who released an R&B album that year though he was already a major pop star at the time, swept the top three categories.

Because of the constant drama, some critics say the awards are not as cherished as they once were.

“I think the value of a Grammy has diminished over the years greatly,” Stoute said. “However, I think the show itself, performing on the show, has value, and there’s still a group of artists that hope for the best. And some of us just really want it to change, but that door is closing.”