‘I Had a Boat. It's in 5 Million Pieces Now,' Man Says, After EF-2 Tornado Hits Ellis County

No fatalities reported after a tornado damages dozens of homes, businesses in Ellis County

The Ellis County Sheriff’s Office reports 25 to 50 homes and businesses were damaged or destroyed when an EF-2 tornado touched down Monday night.

Several homes along Johnston Road just south of Waxahachie city limits are a total loss. Patrick Koopman, who finished building his dream home in Ellis County two years ago, was one of the victims after Mother Nature took less than 30 seconds to destroy his home.

As the winds whipped up Monday night, Koopman and his wife Tonya called their daughter down from her bedroom on the second floor, with seconds to spare.
The walls were blown off the bedroom. 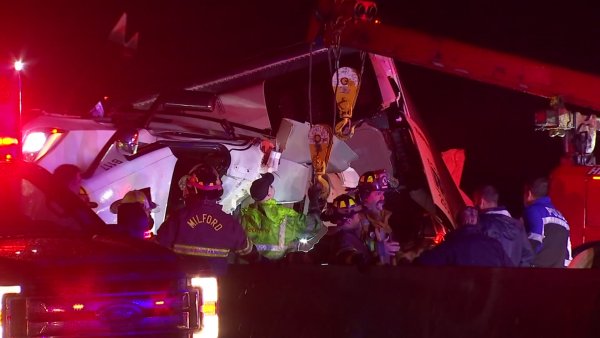 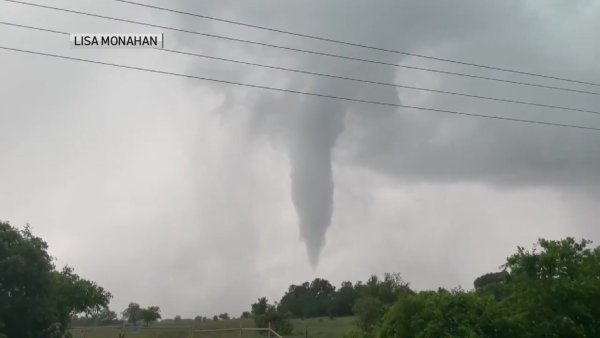 “We got underneath the staircase and hunkered down,” he said. “It lasted all of about 20 seconds. But it was scary.”

Koopman describes the sound of the twister like ‘a stampede of horses’ on his roof.
The damage is extensive along Highway 77 on the east side of I-35E.

“I had a boat. It’s in five million pieces now,” said Koopman pointing at the field next to his house. “Pieces there. Pieces there, 500 yards that way. It was crazy.”

A two-by-four pierced through the family’s camper.

Their son was working at the family’s pizza restaurant in Midlothian and rushed home.

Neighbors spent the day helping one another pick up the debris and pieces of metal that were wrapped around trees and fence lines.

Resident Manuel Valles said he laid on the floor of a back bedroom and although the winds were very strong, he never feared for his life.

Even through the devastation, these Ellis County residents are keeping a positive outlook. 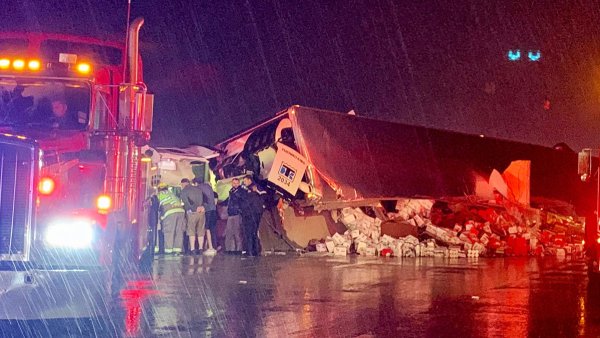 3 Hurt in Crash as Tornado Crosses I-35E Near Waxahachie

“My neighbors are calling me. I’m calling them and no one here got hurt and that’s the silver lining of it,” said Koopman.

The Koopman’s are adamant they will rebuild.

“I ain’t going nowhere,” he said with a laugh. “Couldn’t pay me to go nowhere.”