Reports are coming in from people who rode out Hurricane Laura in Louisiana.

Brett Geymann lives in Moss Bluff, just north of Lake Charles, and said the eye of the storm passed directly over them. He says his house survived but every other building, structure and tree on his property is gone.

Geymann says his family's OK but "there's destruction all around" them.

He says "It looks like 1,000 tornadoes" came through, with some houses "totally gone."

The eye passed directly over Lake Charles, where drone video shows roofs ripped off, exposing living rooms to the elements; trees downed and water overflowing the banks of coastal properties.

But Federal Emergency Management Agency Administrator Peter Gaynor says the damage seems to be less than what they feared with Laura hitting the coast as a potentially catastrophic Category 4 hurricane early Thursday.

Louisiana State Police Maj. Doug Cain said they received a report that the Isle of Capri's riverboat casino broke from its mooring and was stuck against the Interstate 10 bridge in Lake Charles. The casino says its Grand Palais riverboat houses 34 table games and more than 1,175 slot machines. 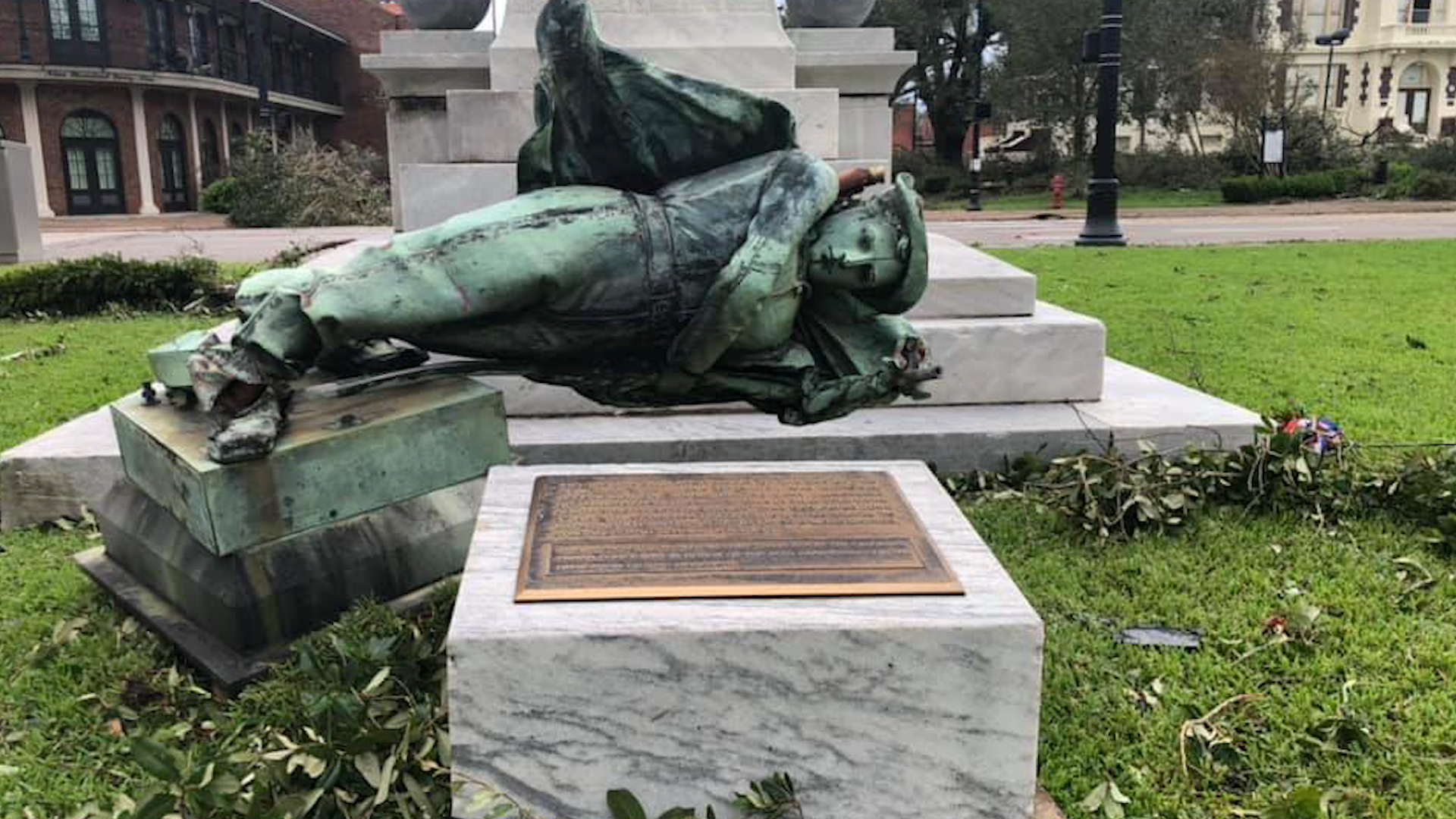 Hurricane Laura Topples Confederate Statue After Vote to Keep It 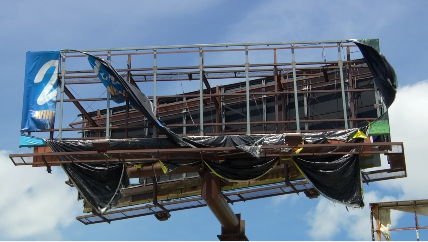 A Confederate general has fallen victim to Hurricane Laura. The South's Defenders monument has stood since 1915 outside a courthouse in Lake Charles, Louisiana, where local authorities voted 10-4 this month to keep it in place.

Critics call it a symbol of racism that glorifies slavery. But a Calcasieu Parish official said they asked for public comments, and got 878 written responses against relocating the monument, and only 67 in favor of moving it.

Now the pedestal is empty, and the Confederate statue is in pieces on the ground, victim to a Category 4 hurricane that struck the city early Thursday.

A large chemical fire has sent a dangerous cloud over Lake Charles, Louisiana, hours after the eye of Hurricane Laura passed directly over the city.

Edwards tweeted that people "in the Westlake/Moss Bluff/Sulphur area" should close their windows and doors and turn off their air conditioning units.