The man who's spent so much time focusing on the pieces saw them start blending one into another until he dethroned an icon and became an Olympic champion in the process.

Iouri Podladtchikov has always been about putting together the pieces. The process is what matters to the innovative if inconsistent snowboarder they call "I-Pod."

The pursuit of the perfect run can be frustrating work, to the point where the charismatic 25-year-old entered Tuesday night's Olympic halfpipe contest wondering if it was ever going to happen.

The excuses were everywhere. The halfpipe was too slushy. His feet were freezing. His first qualifying run was a mess. 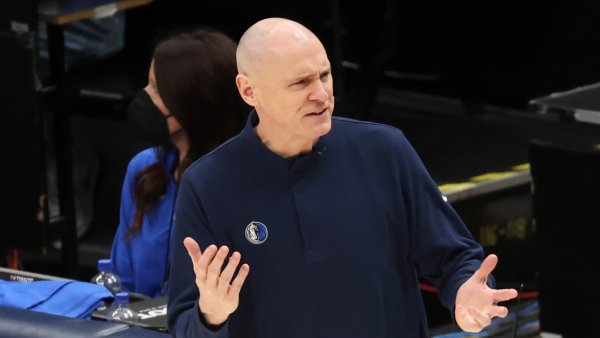 Then, the man who's spent so much time focusing on the pieces saw them start blending one into another until he dethroned an icon and became an Olympic champion in the process.

Putting together the "gnarliest" run of his life surrounded by the sounds of a language that evokes his childhood, the Russian-born star who moved to Switzerland flipped and twisted his way to gold. His 94.75 score was one even Shaun White couldn't top and served as a crowning moment for a rider who never stops pushing the sport or himself.

"I really can't believe it," Podladtchikov said. "Everything came together exactly the way I planned it, like, five minutes ago. It's weird because it never usually works out. You say, 'I'm gonna do this' and someone screws it up for you or something."

To be honest, sometimes the biggest obstacle in Podladtchikov's path is himself. He spent months trying to perfect the "Yolo" — a double-cork 1440 — two head-over-heels flips and two 360-degree turns. The night he finally landed it at an X Games contest in France last year, he immediately botched the next trick, bumping him to fourth place.

There would be no mistakes this time. Not with the flags of his birth country and his adopted home swaying in unison at the packed Rosa Khutor Extreme Park, when at last the man whose family left Russia for the safety of Switzerland at age 8 delivered on his immense potential with a ride for the ages.

Podladtchikov began his final run third overall. Knowing he needed speed and space to throw — and more importantly, to land — the set required to reach the top of the leaderboard, Podladtchikov glided over the 22-foot-high wall five times rather than six, each trip more difficult than the last.

Backside air to Crippler. Double-cork 1260 to a frontside double-cork 1080. One last grab of the board produced the glory he'd long wondered would ever come. He capped the run that signaled a power shift in the sport with an airtight "Yolo" flip.

"Yolo flip means you only live once," Podladtchikov said with a laugh. "It means you guys have to party with me now."

A party that even White planned on joining. When the two-time Olympic gold medalist saw Podladtchikov nail the "Yolo" last winter, he became obsessed with putting it down himself.

White tried to throw it in the middle of his last-gasp final run. He couldn't quite get the board all the way around. A moment later, the seat of his pants touched the snow as the crowd gasped. When White finished, he and Podladtchikov embraced in a hug that symbolized a friendly rivalry now on more equal footing.

"He deserves a big win like this," White said. "He's always pushing hard. It's nice to see someone out there stepping it up doing new tricks, someone pushing the envelope of what's happening in halfpipe. It's cool man."

And validation too. His home country embraced the win as its own, even though the gold goes to Switzerland on the medal table. One sign — replete with a Russian flag on one side and a Swiss flag on the other — read "Come On" each time Podladtchikov dropped in.

During the frenzy afterward, he answered questions in Russian, Swiss and English and reveled in the moment when the pieces of his life, his sport and his spirit finally meshed.

"When I'm here it reminds me of things I almost forget, the kid memories," Podladtchikov said. "When you're at the table with your grandma and she'd cook you some stuff that your mother couldn't. It's really beautiful is what it is. Just go with that. Beautifully, that's the best word."