Nowitzki scored 13 of his 35 points in the final 8 minutes and the Mavericks used a late surge to spoil Durant's sneaker debut and beat the Oklahoma City Thunder 100-86 Wednesday night for their fifth straight win.

Durant broke out his new KD2 sneakers for the first time, and most of his teammates joined him in wearing the new Nike shoes. But Durant, the NBA's third-leading scorer, matched his lowest-scoring total of the season with only 12 points on 4-for-18 shooting. 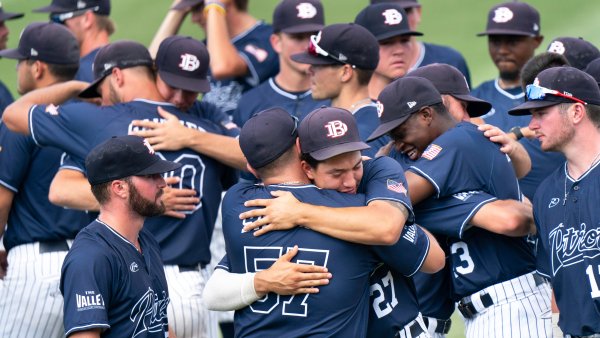 "We knew what we were getting into," Dallas coach Rick Carlisle said. "We knew this was a very big game for them, and it's a big game for us too because they all count."

Despite Durant's struggles, the Thunder led 75-71 after holding the Mavs scoreless for the first 4 minutes of the fourth quarter. Nowitzki, who was coming off a season-low 10 points himself, broke the drought with a jumper from the left block and Dallas took off from there.

J.J. Barea's jumper from the foul line gave the Mavs the lead for good at 77-75 with 7:04 to play, and Nowitzki extended the lead with jumpers on back-to-back possessions. He added a steal and blocked James Harden's layup, then also found Erick Dampier under the basket for a layup before banking in a 3-pointer to give Dallas its first double-digit lead at 90-80 with 1:44 left.

Nowitzki also finished with 11 rebounds for his ninth double-double of the season.

"I know you guys talk about Dirk's scoring, but I think it's his defense that has got him going. ... People are always going to talk about his offense, but I think right now his defense I think has been the best that I've ever seen," Dallas point guard Jason Kidd said.

Reserve Josh Howard had 15 points, Shawn Marion scored 12 and Dampier finished with 10 for Dallas. Dampier also swatted Durant's layup try in a 21-5 run that put the Mavs in control.

Russell Westbrook led Oklahoma City with 16 points. Jeff Green added 15 points and 11 rebounds, and Harden had 12 points off the bench. All wore Durant's new signature sneaker, brought out on one of few national television appearances for the Thunder after they won only 23 games a season ago.

"I was frustrated in myself but I was still cheering my teammates on, trying to play hard on the defensive end," Durant said. "We fought all night. Sometimes you're going to have those nights."

Durant didn't hit his first 3-pointer until the final minute, when the Thunder were down by 11. He had scored at least 25 points in nine straight games, the longest streak in the NBA, before being held to less than 20 points for only the fourth time this season.

Durant said he tried to get his teammates involved early as the Mavericks double-teamed him off screen-and-roll plays and continued "blitzing" him.

"You have those nights, but it's all about bouncing back and getting better the next day. That's what I'm about," Durant said.

Oklahoma City has lost three in a row for the second time this season and fell back to .500 at 12-12.

Dallas withstood Oklahoma City's 9-for-11 shooting start and rallied back from a 19-10 deficit to tie it at 24 on Jason Terry's 3-pointer in the closing seconds of the first quarter. The Thunder kept Dallas at bay until midway through the third quarter, when Nowitzki hit a 13-foot jumper in the lane to give the Mavs a 57-56 edge -- their first lead since the opening minutes.

He had another jumper sandwiched between baskets by Howard as the Mavericks scored six in a row to go up 66-60, and the lead reached seven when Nowitzki stole the ball and hit a 3-pointer. But Oklahoma City used a 13-2 charge to go back ahead. Serge Ibaka's two-handed jam off an offensive rebound put the Thunder up 75-71 with 8:18 to play.

NOTES: Even Ibaka and Etan Thomas, the two Oklahoma City players who wear adidas shoes, picked out orange ones. The Thunder also distributed orange rally towels to the sellout crowd of 18,203 ... Howard continued his comeback from offseason left ankle surgery with a season-high 29 minutes for the second straight game. "Having him off the bench, it's a plus for us right now. His minutes have been inching up gradually. That's probably good," Carlisle said. ... The Tulsa 66ers, Oklahoma City's NBA Development League affiliate, signed former Virginia Tech guard Zabian Dowdell on Wednesday and waived guard Mitch Johnson.