Every day from Monday to Saturday, The Ice Sheet will take a look at the biggest stories in the league that happened on the ice and elsewhere the night before.

No programming hole to fill Saturday, NBC. The Dallas Stars will play at least one more game.

After an underwhelming performance in Game Three Monday night, the Stars rebounded with a 3-1 win Wednesday night. The Western Conference Finals will go at least five games, as Detroit's lead is now 3-1. 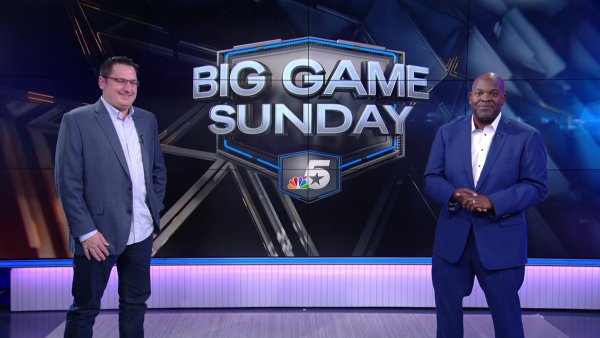 SMU's Sonny Dykes Is the ‘Safe' Hire for TCU

Dallas came out flying early, got three power plays in the first period, and got nothing out of it. It was 0-0 after one period, and many of Dallas' best chances ended with shots that were blocked or missed the net. The Stars also had trouble connecting on passes down low, which took away some chances.

The Wings had their chances, and they had a controversial disallowed goal in the second period. Tomas Holmstrom was ruled in the crease on a Wings' power-play goal. Replays indicated that Holmstrom was on the ice, but he wasn't in the crease. At all. He was screening Marty Turco, but was doing it within the rules. The totally legal goal was waved off, with no hope for a review from upstairs.

Dallas struck first late in the second, as Loui Eriksson stuffed home a bad Chris Osgood rebound. Before scoring, the Stars had to weather quite the Detroit storm. The Wings outshot Dallas badly, had three power plays, and clearly had the better of the play.

(Still to come: More on Game Four, an update on Johan Franzen's condition, and a celebratory YouTube)

The Stars' lead didn't last long, as Henrik Zetterberg rifled a shot past Turco to even the score. Dallas played better in the third, however, and a Mike Modano power-play goal 5:35 into the third proved to be the game-winner. Captain Brenden Morrow added a late insurance goal, and Dallas killed off a six-on-three in the final 30 seconds to send the series back to Detroit.

The disallowed goal should be a big point of contention over the next two days (remember, there's an extra day off, and we don't resume until Saturday). It was, frankly, a despicable call. There's no excuse for a mistake like that. I mean, the goal was waved off even before Turco could lodge a protest about Holmstrom being, um, not in the crease.

Combine that with the typically uneven, inconsistent officiating, and the Red Wings have plenty of reason to be upset about having to work again Saturday.

Mule update. Good news/no news on Johan Franzen, who has 12 goals in the playoffs, but hasn't played since Game One against Dallas because of concussion symptoms.

The Detroit Free-Press says Franzen has been cleared to exercise.

This is great news for the team, since the longer Franzen had to go without being able to do any physical activity, the worse it would have affected his conditioning. Now it becomes a matter of seeing how Franzen responds to light workouts.

"Tony Colucci told me, let's do two or three days now, let's see how he responds," Holland said. "Hopefully, he can ride the bike and he feels good. We're monitoring the headaches, but he's been cleared to take a step forward."

I can't imagine Franzen will play in Game Five, because there's just not enough urgency and, frankly, Detroit has already established that they don't need him.

These have to be the worst conference finals ever, right? Even if both series don't end up being sweeps, it doesn't get much more anticlimactic than this. What happened?

I'm not a rocket surgeon, but I'd start with the fact that this is as good a Detroit team as I've seen in a long time. They're better than they were last year, and I'd even argue that they may be better than their Cup winner in 2002. Outside of a few hiccups in goal and a lack of tremendous depth on defense, there aren't many flaws with this team. They have top-notch scorers, gutsy grinders, and a fourth line that isn't afraid of anything. They have one of the best players in the world anchoring their defense. They have a goaltender who might not have had a Hall of Fame career, but he's playing at a high level when he needs to be.

As for Pittsburgh, they deserve this opportunity because of the steps they took to improve themselves. To me, the biggest thing Pittsburgh did over the offseason was avoid panic. They knew they had a quality young team that just needed experience. They have enough of an edge to be effective in the playoffs, and their big guns (Crosby and Malkin) have elevated their games for the postseason. Combine that with a great goaltender, and you have major ingredients for a Cup run.

It also helps that Philadelphia and Dallas have looked tired and overmatched for most of these series. The Flyers are decimated by injuries on defense, and even if they get Braydon Coburn back for Game Four, there aren't enough quality players for all the minutes that need to be played.

Does anyone want to be GM of the Maple Leafs? The latest is that Wild GM Doug Risebrough doesn't.

It's hard to blame him for wanting to stay in Minnesota. New owner Craig Leipold has preached a hands-off managerial style, so Risebrough knows he won't have an owner peeking over his shoulder all the time. Not only that, but the Toronto job comes with more pressure than any front-office gig in the NHL.

Not to belabor the point, but it merits mention. Jes Golbez was very kind to point out some reasons why the NBA playoffs just aren't as good.

4. The NBA has the glamor teams

The Red Wings, in years past, have been a glamor team. But not so much anymore. This team is as talented as any Detroit has had, but outside of Nicklas Lidstrom there are no well-known stars. (Pavel Datsyuk and Henrik Zetterberg are wonderful players, but not marquee names because of their quiet personalities.) There's no Steve Yzerman or Brendan Shanahan or Scotty Bowman

Steve Yzerman was one of the quietest superstars of all time, and Brendan Shanahan, while an outgoing guy, isn't exactly anywhere near the level of 'glamor' as an NBA superstar. The Wings are no more or less of a glamor team then they ever were.

The Pittsburgh Penguins are one of the more glamorous and exciting teams the league has had in years. What the hell is this guy smoking?

5. The NBA plays five-on-five all the time

Well, this argument is just too stupid to spend much time on, given the natures of both games are completely different. Tom whines about NHL players not having to pay the price, yet fails to realize that simply breathing on a guy will get you a foul in the NBA.

What would this be without a YouTube? I'm not sure I could live, frankly. I mentioned that 2002 Red Wings team. Here's the clincher.

Got a Tip ... or a link you'd like to share with us? Just use this form to let us know.